Diddy warns the presumptive nominee not to take Black support for granted. 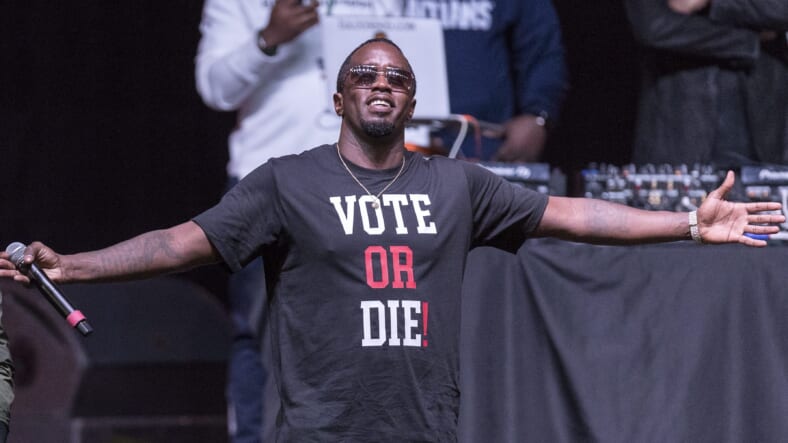 Sean “Diddy” Combs doesn’t care for President Donald Trump but isn’t about to vote for Joe Biden to replace him just because — and he doesn’t want Black voters to, either.

The hip hop mogul made an appearance last week on Naomi Campbell’s web series No Filter with Naomi. He told the supermodel and those watching her Livestream program that the presumptive Democratic nominee had not yet earned his vote or that of the Black community.

“The black vote is not going to be for free,” Diddy said, as he and Campbell discussed politics, among other things. (You can skip to that section at 23:48).

“Nothing has changed for Black America. In order for us to vote for [Joe] Biden, we can’t be taken for granted like we always are because we’re supposed to be Democrats or because people are afraid of [President Donald] Trump,” Diddy said. “It’s business at this point. You know, we can’t trust politicians.”

Diddy, who was behind the Vote or Die campaign in 2004, went on to say that Biden had not yet made his agenda for Black voters clear. Diddy says Trump made his agenda very clear as troubling as it may be.

“We want to know very clearly. Just like Trump made it clear that he wanted to build a wall, Biden needs to make it clear that he’s gonna change the lives and quality of life of black and brown people,” Diddy said.  “Or else he can’t get the vote. I will hold the vote hostage if I have to.”

Diddy was aware that his comments would receive backlash and wrote in the comments, “To whom it may concern it’s called Black Leverage. This is not for any of you scared to death tom negros.”

Jamie Foxx was one of many who pushed back against Diddy’s stance. He replied on Instagram that voting for values rather than the person was more important. His message was simple: vote Democrat. 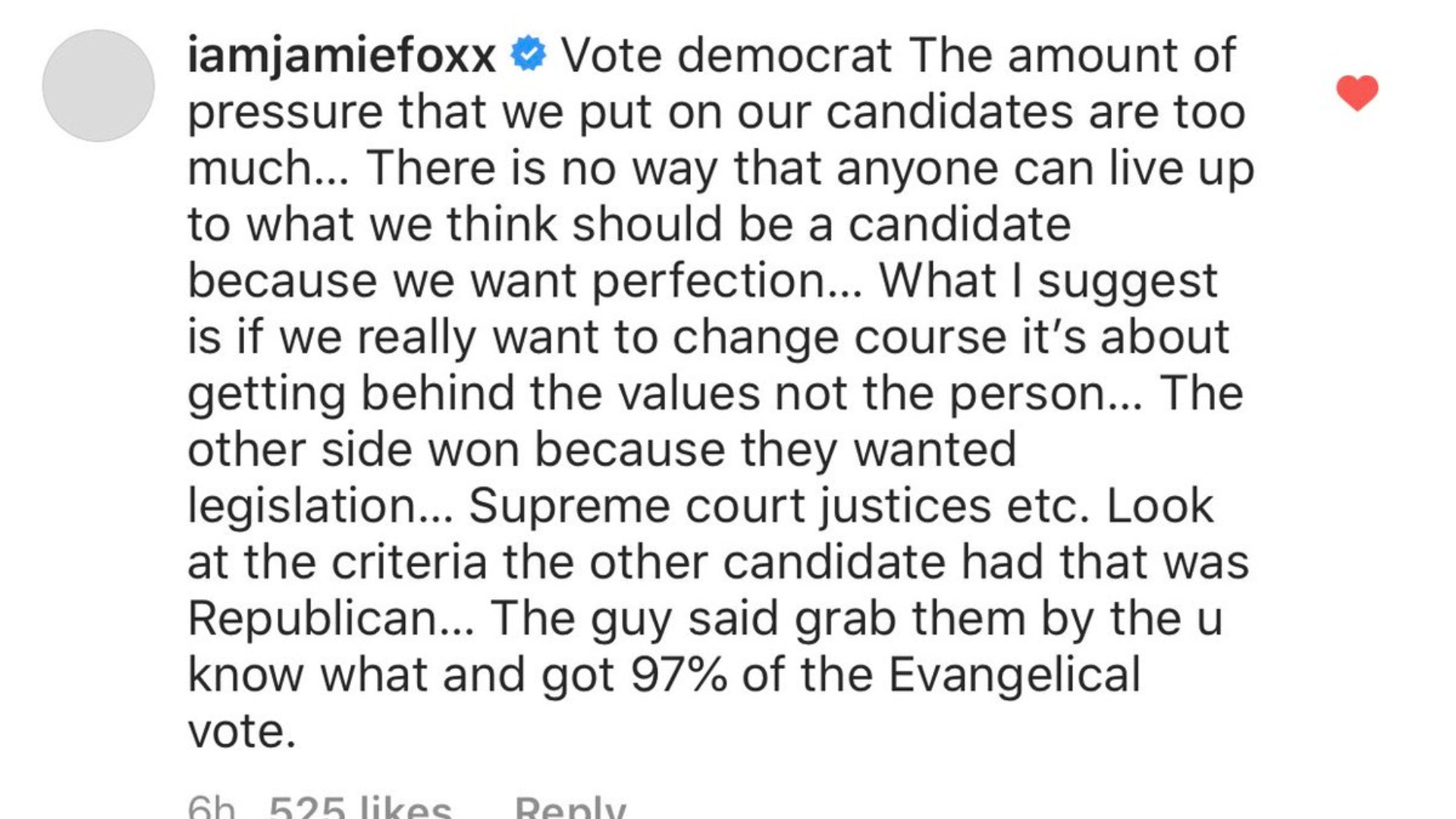 “There is no way that anyone can live up to what we think should be a candidate because we want perfection,” he wrote.

“What I suggest is that if we really want to change course it’s about getting behind the values…not person…the other side won because they wanted legislation,” his post continued.

Foxx went on to cite that appointing conservative judges to the Supreme Court as an example of the platform that Republican voters found attractive. He alluded to the Access Hollywood tape that was released in 2016 that showed Trump, before he ran for office, being vulgar about women. “Grab them by the p*ssy. You can do anything,” Trump said on the tape.

Foxx says he remembers that comment but believes that Trump voters chose to forget it.

“The guy said grab them by the u know what and got 97% of the Evangelical vote,” Foxx concluded.

Others agreed with Diddy.

“Y’all are trippin. He speaking nothing but facts. Y’all hate Trump so much you’re willing to sell your souls to anyone. GTFO. I’ll vote for the bet interest for me and my family and my people. Period,” one person wrote.