After backlash from social media, the political shock jock deleted the ignorant tweet 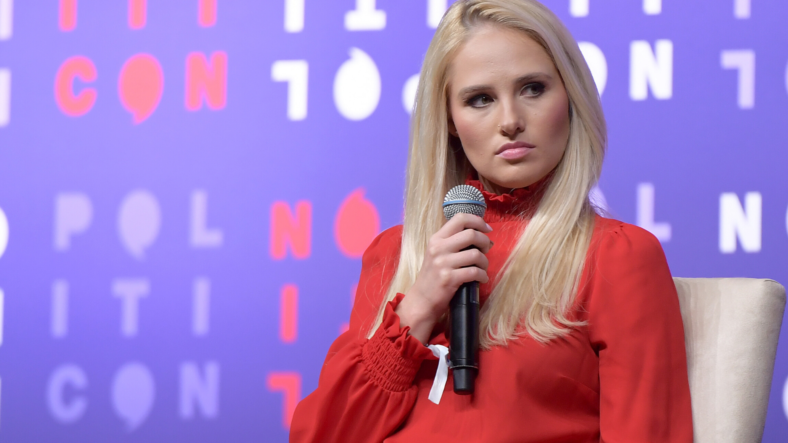 It appears that FOX News remains resolute to discounting the coronavirus pandemic and the national stay-at-home orders that are keeping millions of Americans safe even as the national total of cases nears 1 million people.

READ MORE: Tomi Lahren dresses as Ocasio-Cortez for Halloween because she ‘scares me most’

Twitter users were swift in informing Lahren that there was no such thing as “willful” slavery.

Why did you delete your willful slavery tweet, Trash?

Walmart Barbie is at it again, comparing quarantine to slavery https://t.co/6SQRiT4CBR

Lahren later wrote that the left is “now shaming and demonizing Americans who simply want to reopen their businesses and get back to work.” The FOX correspondent has been extremely vocal in her opposition to social distancing which has been credited by President Donald Trump in saving millions of lives.

Fox News hosts and commentators have been cheering on anti-lockdown protestors. Their reporting prompted Fox News president, Jay Wallace, to send out company-wide editorial guidance urging the staff to remind protestors that they should practice social distancing during their demonstrations.

Tomi Lahren began her career at the conservative news site, The Blaze, in 2015 after posting a viral video about the deadly mass shooting in Chattanooga, TN. Her media online rants propelled her to a career at Fox News in 2017. She was later given her own show on Fox Nation, called First Thoughts.

READ MORE: Fox’s Tomi Lahren apologizes for tweet on Kamala Harris saying she slept her way to the top

Lahren has notoriously attacked many Black artists including Jay-Z and his wife, Beyoncé, as well as rapper Cardi B who replied that she would “dog walk” the pundit.

“Leave me alone I will dog walk you,” she replied on Twitter, which for those unfamiliar is code language for “I’ll kick your @ss.”

Lahren remains active on Twitter calling emphatically for the end of social distancing and stay-at-home orders which, she says, are destroying the American economy despite saving American lives.