Cardi B slams Tomi Lahren for being a racist 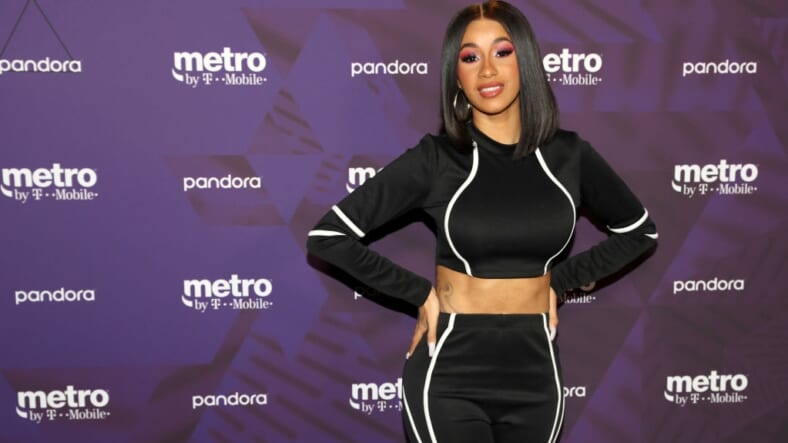 Cardi B wrapped her weave up and tore Fox News host Tomi Lahren a new one after she tried to come for the “Money” rapper on social media, Pop Culture reports.

In case you’ve missed it, Cardi’s been the cultural voice of reason and made an epic clapback on video at Donald Trump and his attempt to hold the country hostage with a partial government shutdown, all because he wants a border wall.

Cardi shook the tables last Wednesday, and even garnered the attention of Democratic lawmakers who were impressed by her political prowess. At the Women’s March in Washington, Cardi was also center stage as the emcee’s quotes were widely used on posters throughout the protest.

In typical Lahren misguided logic, she lashed out the raptress.

“Looks like [Cardi B] is the latest genius political mind to endorse the Democrats,” she wrote. “HA! Keep it up, guys! #MAGA2020.”

Hower, Cardi wasn’t here for the hate. She immediately took Lahren to task, even as she battled a serious allergic reaction from the hospital.

“Leave me alone I will dog walk you,” she replied on Twitter, which for those unfamiliar is code language for “I’ll kick your ass.”

That wasn’t enough to silence Lahren who responded:

“I’m sure you would. Still doesn’t make your political ramblings any less moronic. #BuildThatWall.”

Cardi then issued Lahren a thorough thrashing and called her out for being a racist.

“You’re so blinded with racism that you don’t even realize the decisions the president you root for is destroying the country you claim to love so much,” the rapper tweeted. “You are a perfect example on no matter how educated or smart you think you are you still a SHEEP!”

You’re so blinded with racism that you don’t even realize the decisions the president you root for is destroying the country you claim to love so much .You are a perfect example on no matter how educated or smart you think you are you still a SHEEP! https://t.co/khRpoOt16B

The Cardi B, Tomi Lahren dust-up trended on social media and since Cardi’s last clapback, Lahren has yet to follow up final words at the artist.

Lahren might want to check Cardi Love and Hip Hop receipts because she’s serious about throwing them blows.

READ MORE: Loose lips: Don Cheadle refuses to do movie press with Avengers co-stars because they talk too much

Cardi’s got bigger fish to fry beside Lahren.

She’s gearing up for game day and is headed to Atlanta for a pre-Super Bowl concert with Bruno Mars.