While the woman did not say the racial slur, the model still felt disrespected that she featured him in the Tik Tok spoof 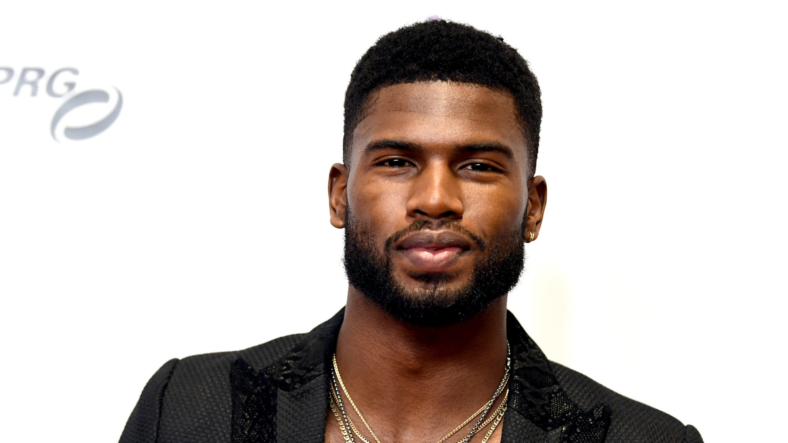 Model Broderick Hunter took offense to a young white woman appearing to use the n-word in a viral Tik Tok video. The young woman made a video to Saweetie’s hit song, “My Type.”

In the video, she points to a picture of Hunter while the chorus played, “Rich n*gga/8 figure/that’s my type.”

While it would appear the young woman was trying to deliver an awkward compliment to Hunter, it was not well-received. The model took to Twitter to express is discomfort.

“Wait-I’m sorry.. rich what?” Hunter questioned when sharing the video.

In two more tweets, Hunter said, “Idk what you YT girls take me for…but that ain’t it.” He then pointed out that there were more appropriate songs that the fan could have shared suggested stars from the 2000s including Backstreet Boys and ‘N SYNC.

Twitter users were quick to point out that the girl didn’t say the word, but Hunter continued to express his anger and disappointment. In a tweet, Hunter advised people that they could play offensive words from President Donald Trump in a Black neighborhood, and people would still be offended.

At 29 years old, Hunter has been featured in campaigns from Ralph Lauren and more. He also appeared in an episode of the Issa Rae comedy-drama, Insecure.

Tik Tok has been a popular app during the coronavirus pandemic quarantine. The Chinese video-sharing app allows users to upload short videos with musical soundtracks. The app has over 800 million users worldwide.

The app has more than its share of scandals. The app seems to be plagued with racist incidents. Recently, a white sheriff’s deputy in Florida is facing backlash after it was reported that he has been producing Tik Toks full of racially insensitive content and regular usage of the n-word.

In some good news from the app, vegan Tik Tok star, Tabitha Brown inked a deal with Creative Arts Agency after her views on the app consistently went viral.