Tiffany Haddish recounts abuse she suffered from her mother

The comedian and actress says she was often punched because her mother, who suffered brain damage in a car accident, 'couldn't use her words'

Tiffany Haddish has always been open about her past, but the actress/comedian shared even more details about her road to fame. The 40-year-old Hollywood star opened up about her tough childhood during a recent interview with Kenny Burns.

“At 12, 13 we got put in foster care got split up my two sisters were put together, my two brothers were put together and then I was by myself for a few days,” she said. “Then I moved to a foster home, then a couple of other places then finally my grandma got custody of all of us.”

READ MORE: Why Tiffany Haddish, in self-exploration, is preparing for her Bat Mitzvah

She also revealed devastating details about the abuse she suffered at the hands of her mother, who was involved in a car crash that left her with severe brain damage.

“My momma she used to knock me out … straight punch me, hit me because she couldn’t use her words. Here she is from a woman who owns 2 properties, owns her own business, was the manager at the US Post Office has a very extensive vernacular and now she had to learn how to walk, talk, eat,” she explained.

“Everything that she taught me at that point I’m teaching her. And the frustration of that she couldn’t think of the words so she would just hit. And so I thought maybe if I did a dance for her then maybe she won’t punch me in my nose today.”

The superstar revealed that there have been men in the industry who would have liked her to use sex as a bargaining chip.

“A whole lot of not giving up no p***y so that you get held back. It’s a lot of men out here mad at me right now. It’s a lot of dudes that used to tell me unless you f**k me you not gonna get here unless you’re my girl … it’s me that’s gonna walk you through the door. And I’m like no it’s God walking me in the door. You don’t walk me in no door,” she said. 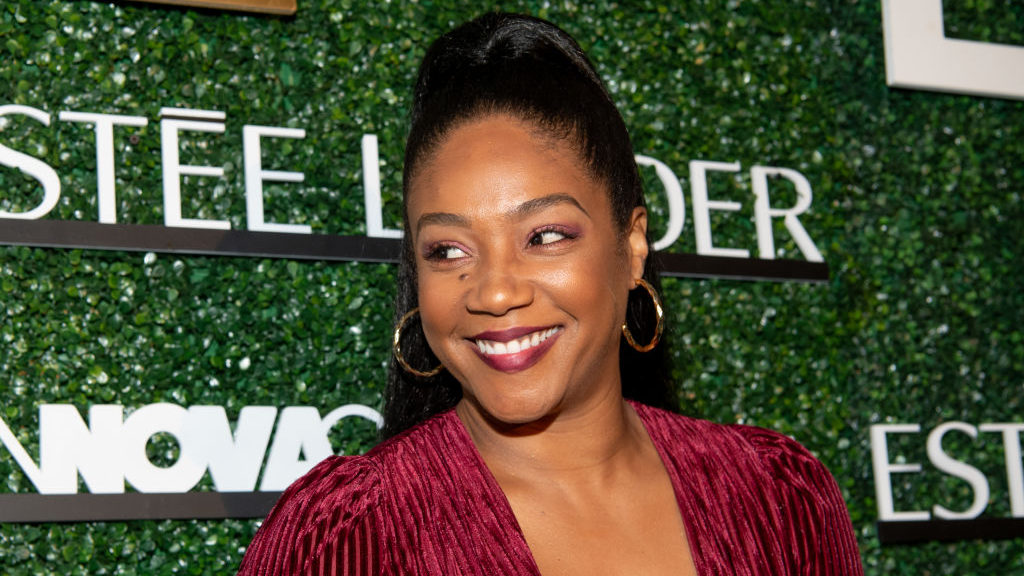 Haddish says she never could have allowed herself to sleep around to get ahead in Hollywood.

“Imma tell you right now, had I done what I could’ve done to get where I’m at right now I probably wouldn’t be here. I probably would be a full strung out drug addict because my integrity would be damaged. Knowing the truth about how I got where I’m at it would hurt so bad like if I had got this kind of fame or success in my twenties, it would’ve been some shenanigans.”

READ MORE: Tiffany Haddish appears to confirm she and Common are quarantining together

According to the comedian, criticism about how she carries herself is not keeping her up at night. In fact, she has her sights set on big things outside of the entertainment space.

“Tiffany set the Black community back 100 years, she’s so ghetto’, meanwhile I’m buying businesses, I want a Black grocery store,” she said. “I am sick and tired of going to everyone else’s grocery store.”