Over 4,000 people watched as victim spoke directly into the camera, sharing his last recorded words 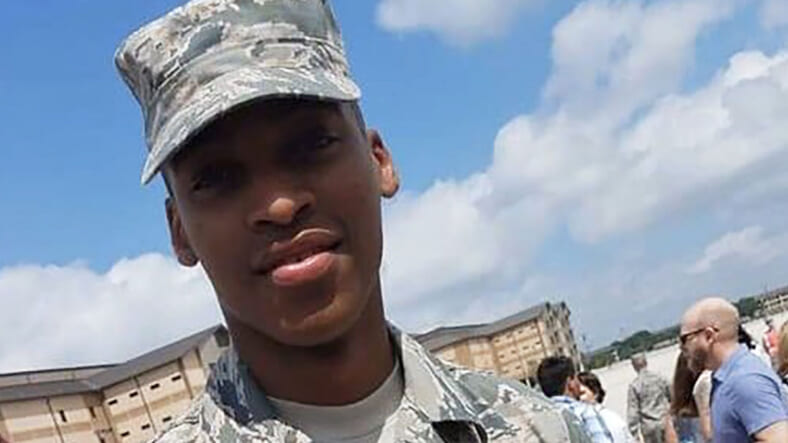 Breaking news is coming out of Indianapolis, Indiana where the city’s Metropolitan Police Department has confirmed that a man was shot and killed by a police officer on Wednesday.

In a report from the Indianapolis Star, police shot a man after a police chase that was captured on Facebook Live.

In the report, and an interview with Chris Bailey, the assistant chief of police in Indianapolis, the IMPD states that officers observed a man recklessly driving a grey Toyota Corolla almost striking another vehicle. Officers began following the car in unmarked vehicles which fell back after marked cars joined the pursuit during which speeds allegedly reached up to 90 miles per hour.

The chase was called off after 10 minutes due to the dangerous speeds, but an officer later saw the car parked outside a business.

An officer engaged the suspect who started running. Within moments, the officer reported shots fired.

Much of the event was captured on Facebook Live by a young, shirtless man who has not been identified by the IMPD, but family members have identified him as 21-year-old Sean Reed.

In the video, allegedly captured by Reed on his cellphone. The young man is heard pleading for someone to “Please come get me.” He then says, “I just parked this m____f__er. I’m gone!” The camera then shakes as he runs from the police. In the video, Reed speaks directly into the camera saying that he doesn’t want to go to jail.

In the video, at least 14 shots are heard to ring out as sirens blare in the background.

The Indianapolis Metropolitan Police allege that shots were exchanged between both Reed and the officer, who was not identified. However, police did disclose that he too is African American. They also allege that a gun was found near Reed-the alleged driver.

The IMPD also alleges that the officer discharged his taser.

The Facebook Live video was watched by more than 4000 people who left comments like, “OMG!,” and “WTF!”

By nightfall, over 100 people had gathered near the scene many chanting, “No justice, No peace!”

In a morbid final comment on the video, a man off-camera who has not been identified as a police officer said of Reed, “Looks like it’s going to be a closed casket, homie.”