HBO moves the needle for LGBTQ+ content with new shows

Opinion: Premium networks and streaming services have no greater responsibility in the telling of LGBTQ+ stories, they just seem to have a greater capacity to show broader content.

The landscape of television is one that continues to change. To think, there was a time – in the not so distant past – when it seemed as if everyone was fighting for a chance to see glimpses of themselves reflected in the media.

The success of April Reigns 2015 hashtag, #OscarsSoWhite, will go down as one of the biggest catalysts in pop culture history, ushering in an entire movement of social media reform, challenging the very white gatekeepers of the Academy Awards. The primary focus was race. Words like diversity and inclusion jumped off the tips of the lips of industry folk everywhere and although that problem has yet to be resolved, progress was apparent.

Three years later, in 2018, Ryan Murphy, Brad Falchuk, and Steven Canals brought about even more change with FX’s hugely successful TV series, Pose, a show that thrusts New York City’s African American and Latino LGBTQ+, and gender non-conforming ballroom culture scene of the late 1980’s into the living rooms of now more than 1.21 million viewers. Breakout stars Billy Porter, MJ Rodriguez, and Indya Moore were instantly welcomed into the homes and the hearts of people all over the world. Simply put, there is no denying the fact that we are seeing more LGBTQ+ content on television. 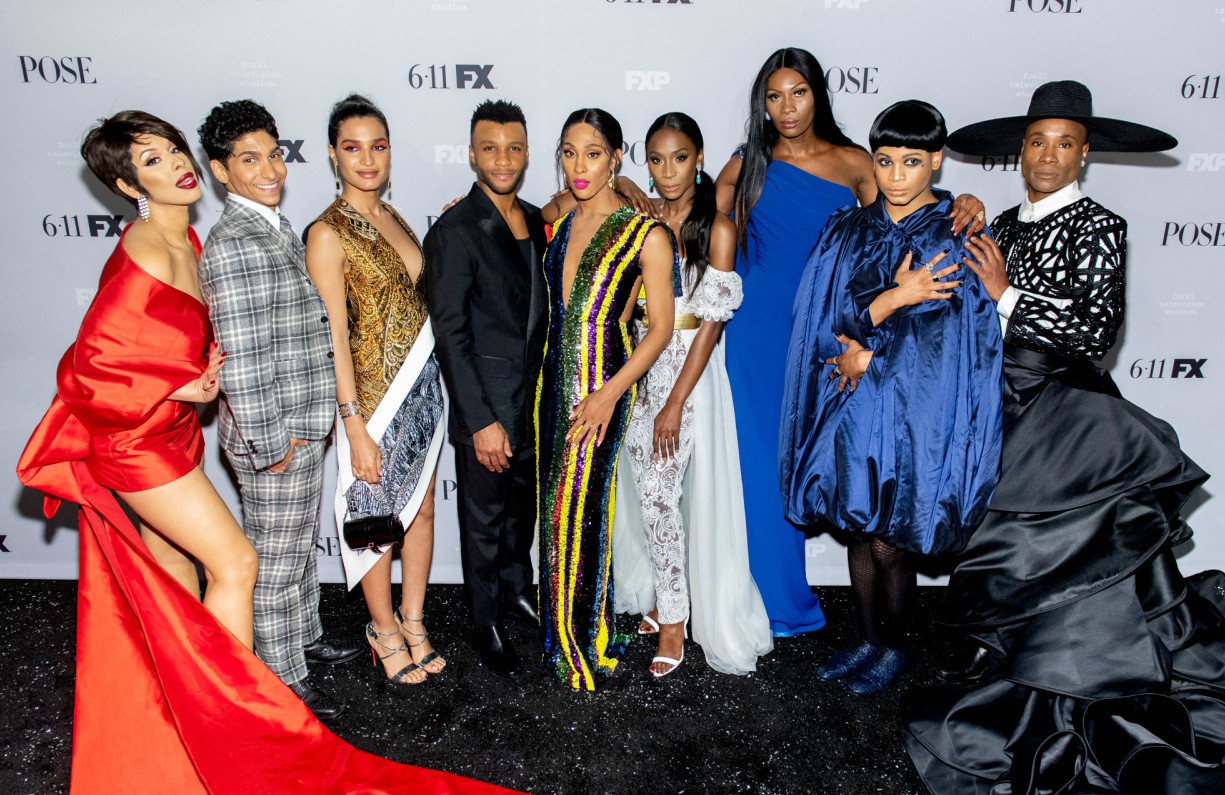 Don’t get me wrong, television has in no way been the most considerate place for LGBTQ+ content or representation. Especially cable and network TV.

In fact, as I survey my mind for early images of LGBTQ+ lifestyle, premium networks always come up first. Now, we all may not be old enough to recall moments spent sneaking off to explore channels that our parents deemed inappropriate, like HBO, but I do!

I could not wait to get my hands on a remote control because I knew that if I watched a premium channel late enough – and long enough – I was bound to peer into the life of a character who was gay. I’m telling you; I was relentless. I won’t even lie, initially I was looking for the sex, thrilled and anxious to see a visual representation of the things that were taking place in the very active imaginings of my gay, pre-teen pubescent mind.

However, looking back it’s quite easy to note that there was actually a greater yearning to peek into a real view of gay lifestyle. Back then, HBO became a beacon of light for me. Particularly, shows like OZ and Six Feet Under proved to be quite formative.

It’s safe to say that HBO has consistently been a network willing to showcase LGBTQ+ content. To be fair, gay characters and LGBTQ+ lifestyle is not exclusively depicted only on HBO and other premium networks, or streaming services for that matter. Gay characters have been out on TV since 1997 when Ellen became the first show to have a gay main character. Yet, the offering that comes with a premium network like HBO just proves to be a different experience.

I’m sure that has a lot to do with how controversial gay life can be in a world that still has grave difficulty accepting the fact that people are indeed lesbian, gay, bisexual, trans, queer and beyond. Also, premiums and streaming services have no greater responsibility in the telling of LGBTQ+ stories, they just seem to have a greater capacity to show broader stories.

Betty and We’re Here are two buzzworthy new editions to the HBO lineup. Both shows are LGBTQ+ facing and noteworthy in assessing just how far 2020 will go as it relates to LGBTQ+ representation in media and pushing the movement forward.

Betty, based on Skate Kitchen, an original film by Crystal Moselle, is a six-episode series that focuses on a group of young women determined to stand out in the predominantly male world of skateboarding in New York City. The trailer garnered my attention and I was pleased with the first episode.

For one, I never saw myself as being interested in skateboarding, not until I was able to take a real look at a subculture that is very clearly operating under the complete guise of patriarchy. And, make no mistake, that’s the true story being told here.

We are faced with the very captivating and extremely eccentric characters of Janay (Dede Lovelace), Honeybear (Moonbear), Kirt (Nina Moran), Indigo (Ajani Russell), and Camille (Rachelle Vinberg), all sharing a common camaraderie, female and considered to be different. Yet, here is a story that has never been told. These girls are taking ownership of the term “Betty.” Once slang considered to be negative, “Betty” referred to a teenage girl that hangs at the skatepark, dresses like a skater, but actually doesn’t skate, left to giggling and promiscuity. The actors are actually hardcore skateboard chicks in real life.

We’re Here, a six-part reality television show, takes up its own mission of empowerment and acceptance. The show features a few standout alums of RuPaul’s Drag Race contestants, Bob the Drag Queen, Eureka O’Hara, and Shangela, traveling across the United States to recruit small town residents to participate in a one-night-only drag show.

Most of us are familiar with the idea of seeing drag queens on television, but We’re Here manages to do it in a very different way. Each of the drag queens is gifted a “drag child” from vastly different backgrounds to fairy godparent over the course of a few days of extensive rehearsals, family interviews, and make up and performance. The show illuminates at the crux of visibility and acceptance.

Each show tells an authentic story in a way that allows viewers to actually enjoy the show without being confined to the concern of having to find ways to self-identify with the characters. Shows like OZ and Six Feet Under were so formative for me because they allowed me to identify with parts of my own story—a gay man faced with exploring his lifestyle and sexuality—in a very particular way.

Betty is not an LGBTQ+ show. This is a show vested in opening up a male dominated space for women. But interestingly enough, both shows make an effort to move the needle further. The challenge is to present television that does more than allow people to see themselves. Visibility comes with a responsibility that is often easily overlooked. We encounter people who are different from us daily and in a single blink of an eye we remove them from our purview and in most instances, this is all it takes to erase their existence.

The best way to examine the movement of the LGBTQ+ needle as it relates to representation in media is to look past yourself and see what you feel. We’re here.