Save a life! Here are three solid ways to support the Black LGBTQ+ community beyond PRIDE month

Time to level up your commitment today and every day. 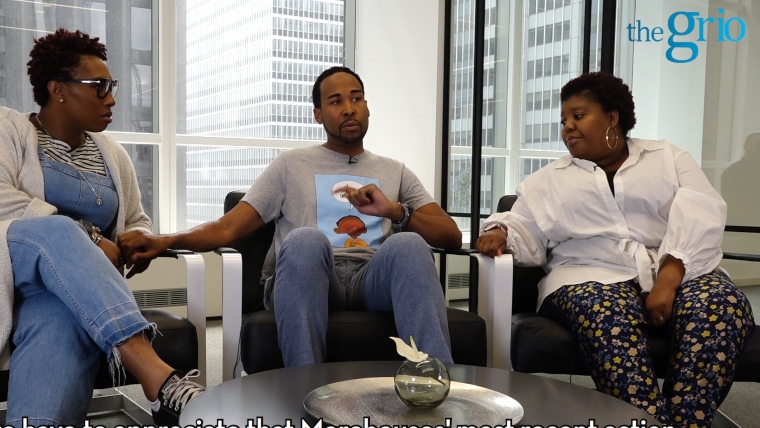 June kicks off a season of celebrations. For many White lesbian, gay, bisexual, transgender, queer and same-gender loving (LGBTQ/SGL) people, pride celebrations are moments from which we draw strength. While many people gather to celebrate pride, many BlackS will be absent.

For too many Black LGBTQ/SGL people, the privilege to publicly claim and be celebrated for diversity in sexual identity, gender identity, and gender expression simply doesn’t exist. Many of us are living at the intersections of multiple, oppressed identities. As some segments of the country focus on celebrating all things queer, how can we as Black people have community conversations about how we all get free?

Let’s be clear: Pride Month, which will commemorate the 50th anniversary of the 1969 Stonewall Rebellion, would not exist if it were not for Marsha P. Johnson, a Black, transgender woman who disrupted, organized, and advocated on behalf of displaced LGBTQ/SGL people, both Black and non-Black. Marsha P. Johnson represents a legacy of Black people — really, Black, queer women — leading efforts to ensure civil and legal protections for all.

As we celebrate our pride, let’s recognize and celebrate the lives of Black LGBTQ/SGL people and honor the diversity of our community.

If you don’t understand the importance of doing more to advocate for and be supportive of Black LGBTQ/SGL people, consider the fact that most Black people have experienced discrimination by someone who judged us based on our race. We all know the feeling of that sting. Beyond the discrimination that we face for simply being Black, those of us who are also LGBTQ/SGL face additional discrimination. In 2017, over 1,200 hate crimes were reported based on bias against sexual orientation or gender identity. And the violence has only escalated.   We saw a 17 percent increase in these hate crimes from 2016 to 2017 (FBI, 2018).

June presents us with opportunities to focus on community and to celebrate pride by making space for all Black people to be free. We invite you to consider using your privilege to end jokes and supplant stigma around your family or friends at the cookouts. Do your part to disrupt the violence that Black women and girls face, especially Black trans women and girls.

Here are some things you can do to level up in your commitment to ensure the safety of ALL Black lives:

Good luck, may the strength of Wakanda be with you.

Check out Part 2 of the conversation below.

David J. Johns is the executive director of the National Black Justice Coalition, the nation’s leading civil rights organization dedicated to the empowerment of Black lesbian, gay, bisexual, transgender, queer and same-gender loving (LGBTQ/SGL) people. He is known for his passion, public policy acumen, and fierce advocacy for youth.

Nakisha M. Lewis (She, Her, Hers) is a Black lesbian feminist and lifelong advocate for racial and gender justice and equity. As an experienced philanthropic and political impact strategist with deep roots in community organizing, she has spent more than 20 years organizing for racial justice, women’s rights and LGBTQ equality at the local and national levels. Her work on women’s rights also includes the co-founding of the #SheWoke Committee.

Nala Toussaint currently is the TGNB Health Advocacy Coordinator at Callen-Lorde Community Health Center. She engages and mobilizes transgender and gender non-binary (TGNB) patients and their allies – as well as external community members – to advocate for policies that will expand access to gender-affirming health care and services. She is a proud member of the National Black Justice Coalitions Black Trans Advisory Council.