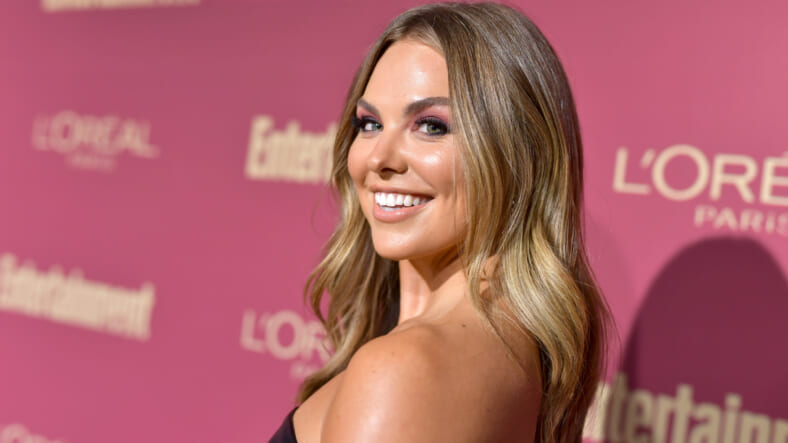 “Rockstar” by Da Baby featuring Roddy Rich is a smash hit. The guitar-heavy song entered the Billboard charts in early May at number 9 and is another Top 10 hit for the rapper.

The popular song has landed one TV star in hot water.

Hannah Brown was rapping along to the song on Instagram Live and as she mouthed the lyrics, she said the n-word.

Initially, The Bachelorette star was defensive. She posted a video where she said, “I did?”

When it was shared with her that she did indeed say the racial slur, she continued to deny using the vulgarity:

“I don’t think I said that word, but now I’m like … Oh, God. I’ve never used that word. I’ve never called anybody that … You can think I’m something that I’m not, but I’m not that.”

As backlash intensified, Brown finally admitted that she said the word and issued an apology.

“I owe you all a major apology,” the reality TV personality said in a statement in an Instastory. “There is no excuse and I will not justify what I said. I have read your messages and seen the hurt I have caused.”

She continued, “I own it all. I am terribly sorry and know that whether in public or private, this language is unacceptable. I promise to do better.”

Another Bachelor star, Bekah Martinez slammed Brown for using the word. She wrote that “We’ve got to hold people accountable to do better otherwise we’re continuing to prioritize the feelings of white people (and someone we ‘stan’) over ending our country’s loooong history of casual racism and flippant anti-Blackness.”

Martinez claims that Brown used the n-word, but previously skipped over the f-word.

READ MORE: Lizzo wants to be the next ‘Bachelorette’ and has a NSFW hot girl request for the men

While she didn’t mention Brown by name, Martinez slammed celebs with “access to privilege, knowledge, and education.”

She said in an Instastory post, “You can’t say the n-word just because Black people say it. Black people reclaimed the use of a word that was used for centuries to oppress and dehumanize them.”