Health experts say that reopenings should be carefully planned but there is even more concern as the nation heads into storm season.

It appears that the Centers for Disease Control is trying to do the right thing, even as criticism follows them that they’ve been muzzled by the Trump White House. Today, they released a comprehensive list of guidelines to reopen the country in the wake of the coronavirus pandemic that includes almost every aspect of American life.

The guidelines include advice on returning to schools, which have been closed at all levels across the country to in-person education since mid-March. The guide recommends testing and contact tracing as basic steps to control the virus which has killed over 90,000 people in the U.S. since its genesis last December in Wuhan, China according to The New York Times. 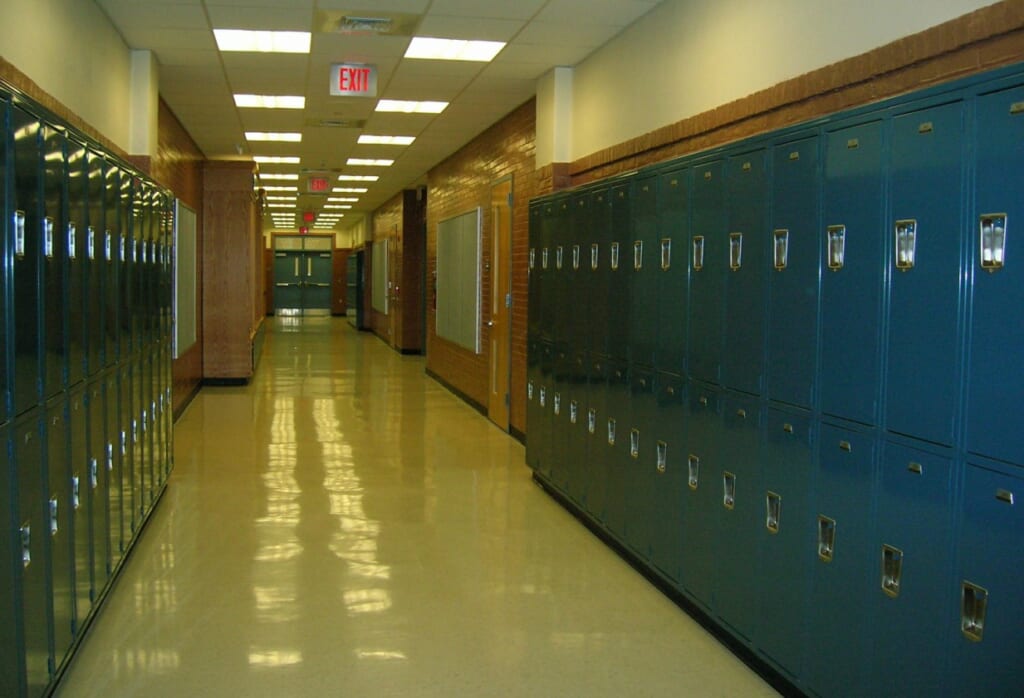 To get students back in schools, the CDC also says recommends that students sit six feet apart, that children over two wear face masks or cloth coverings that splash guards are installed in places like reception desk that might not be able to establish those distances. Daily health screenings would be administered when possible for staff and students and classes would stay together throughout the day and be served meals at their desks instead of in communal cafeterias and dining halls.

And those are just some of the recommendations and that’s just for schools. The 60-page report outlines best practices for airline workers, corrections officers, medical professionals and others that have sustained contact with the public.

This CDC report does not have guidance on churches, which was one of the reasons why the White House rejected an earlier report saying it was too restrictive. This is despite an outbreak linked to an Arkansas church detailed by the CDC, who says it resulted in three deaths and 34 positive coronavirus cases.

To add to the confusing mass of information, the CDC updated its position on the virus being transmitted by surfaces, saying the risk is low. However, that advice comes with a caveat that because the virus is new, they just don’t know for sure.

COVID-19 is a new disease and we are still learning about how it spreads,” the new guidance says. “It may be possible for COVID-19 to spread in other ways, but these are not thought to be the main ways the virus spreads.”

Dr. Robert Redfield, the head of the Centers for Disease Control did say, that despite the guidelines that the reopening of America’s business may lead to another, and worse, outbreak and that the nation should be prepared. 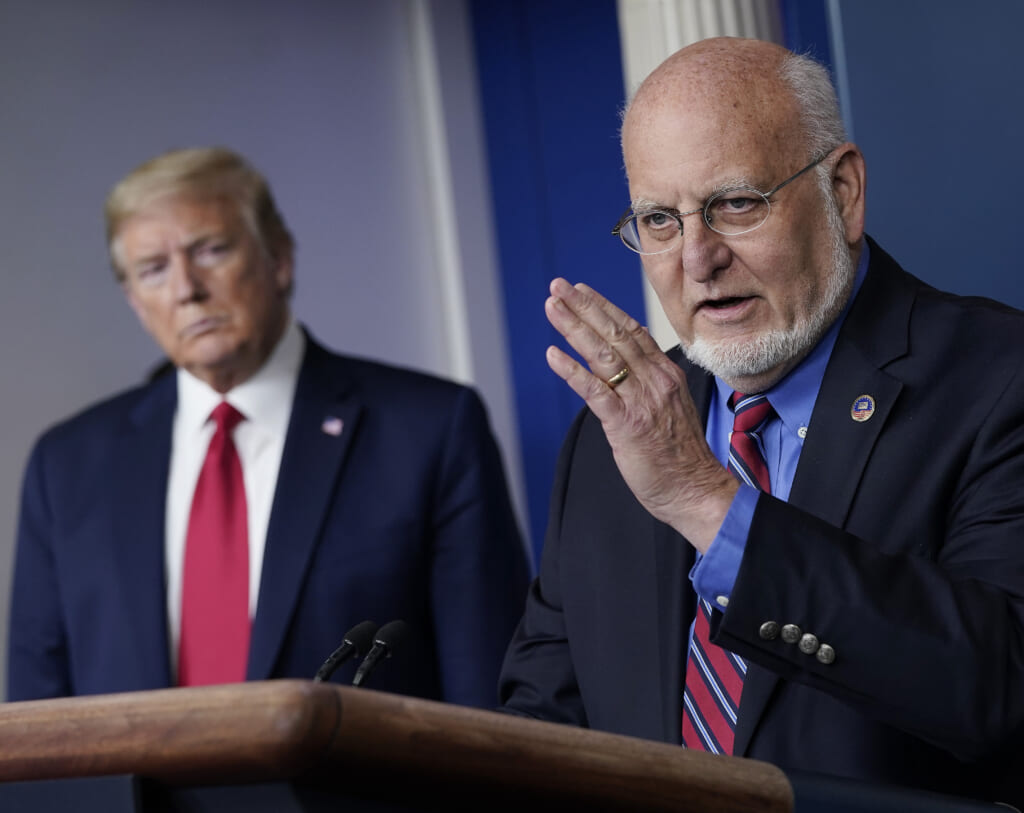 Dr. Robert Redfield, Director of the Centers for Disease Control and Prevention speaks while U.S. President Donald Trump listens during the daily briefing of the coronavirus task force. (Photo by Drew Angerer/Getty Images)

He is echoed by other public health officials, despite pressures in many states to reopen and as fast as possible. Current coronavirus hotspots across the nation include towns in Arkansas, Tennessee, Nebraska, and Minnesota.

Redfield also said that states providing data on coronavirus cases were sending incomplete and delayed information, he told The Financial Times this week.

“Sometimes that data is not collected in electronic form,” Redfield said. “Then that data needs to be centralized and sent to the states, and once it’s with the states, sent to CDC. The truth is regularly the data is delayed and it’s incomplete.”

If that weren’t enough conflicting and concerning information, The National Oceanic and Atmospheric Administration (NOAA) has announced that there is a 60% chance of 13-19 major storms during the approaching hurricane season that starts June 1 and goes through November 30th. 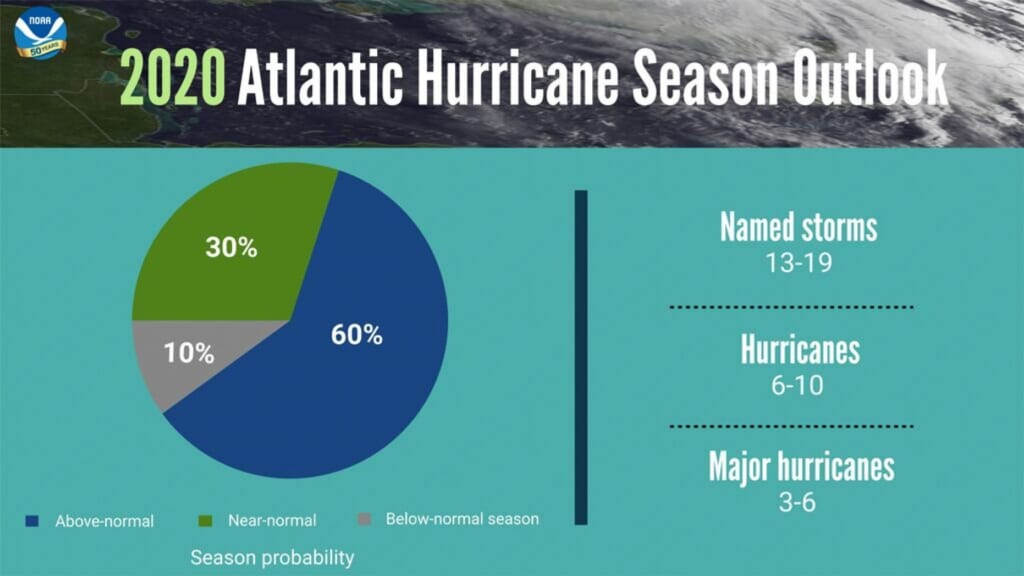 “We’re not seeing anything that would indicate a likelihood for a below-average season,” Gerry Bell, lead hurricane season forecaster for NOAA’s Climate Prediction Center, said.  That grim prediction is echoed by other major weather prediction agencies including AccuWeather and the Earth Science Center out of Penn State, are also predicting an unusually active season this year, according to the Washington Post.

However, the Federal Emergency Management Agency (FEMA) says they are ready to handle anything that comes their way despite the pandemic. However, they are advising people to prepare and, if you are in an area that may be impacted by hurricanes to gather supplies including hand sanitizer, masks for everyone in their family, and necessary medications.