The presidential hopeful was met with swift criticism when he implied that African American voters considering Trump are not Black. 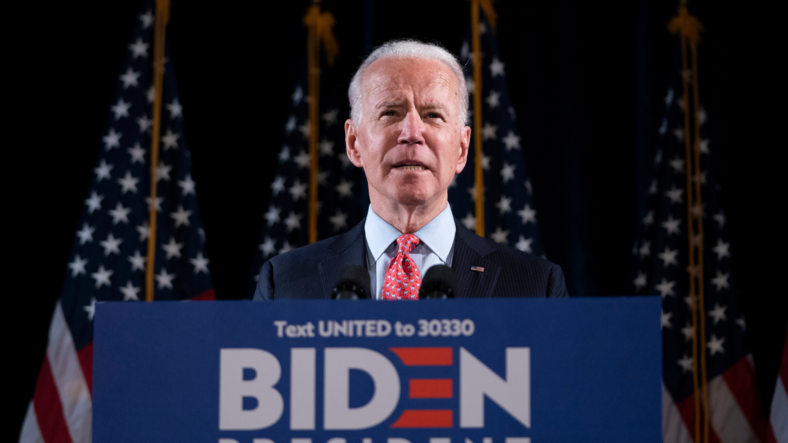 Former Vice President Joe Biden has issued an apology after he sparked outrage for suggesting that African American voters torn between him and Donald Trump “ain’t Black.”

The politician called into a U.S. Black Chamber call late Friday afternoon to express his regret over the ill-advised joke, which he made earlier that day during a Breakfast Club interview, according to White House correspondent Yamiche Alcindor.

He went on to call his Breakfast Club comments “unfortunate” and stressed that he wants to earn the Black vote, calling the community “critical” to his ability to win the presidency.

“I am prepared to put my record against his. That was the bottom line. And it was really unfortunate,” he reportedly said. “I shouldn’t have been so cavalier.”

The Democratic presidential nominee also turned his sights to Trump during the call.

Biden criticized the 45th president for referring to African countries as s–thole countries, for saying there were “fine people” on both sides during the Charlottesville white supremacist rally that left one woman dead, and for “advancing policies that Biden believes threatens the black community,” according to Alcindor.

“Vice President Biden spent his career fighting alongside and for the African American community,” she tweeted. “He won his party’s nomination by earning every vote and meeting people where they are and that’s exactly what he intends to do this November.”

She continued, “The comments made at the end of the Breakfast Club interview were in jest, but let’s be clear about what the VP was saying: he was making the distinction that he would put his record with the African American community up against Trump’s any day. Period.”

READ MORE: Biden tells Charlamagne ‘you ain’t Black’ if you’re torn between him and Trump

Biden sparked controversy when he remarked near the end of the heated, 18-minute interview that African Americans voters struggling between a vote for Trump and a vote for Biden aren’t really Black.

“It’s a long way until November. We’ve got more questions,” Charlamagne said as an aide attempted to the end the interview.

“You’ve got more questions?” Biden replied. “Well, I tell you what, if you have a problem figuring out whether you’re for me or Trump, then you ain’t Black.”

Charlamagne was quick to respond, saying, “It don’t have nothing to do with Trump, it has to do with the fact [that] I want something for my community.”

The Breakfast Club host also questioned Biden on his record, his running mate, and his plans for Black America.