Nessa Diab calls out the NFL for ‘lying’ that Colin Kaepernick ‘retired’ on new website: ‘Tell them to stop denying him employment’ 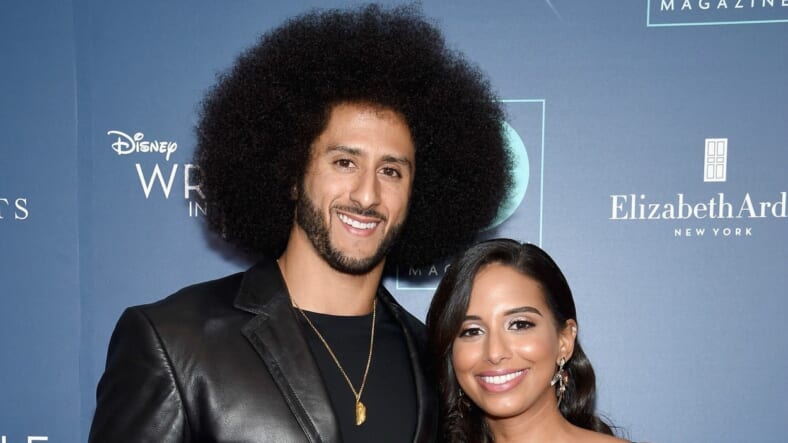 The NFL has updated its redesigned website after the league was called out on social media for mischaracterizing Colin Kaepernick‘s career status.

Nessa Diab, a TV host and Kaepernick’s partner, thanked Twitter users on Saturday morning for holding the professional football league “accountable for falsely reporting that Colin ‘retired’ on their website.”

“They heard you loud & clear bc the NFL put the accurate description that @Kaepernick7 is a Unrestricted Free Agent (UFA). Tell them to stop denying him employment,” she wrote in a post, sharing a screenshot of Kaepernick’s bio page.

Thank you to everyone who held the @NFL accountable for falsely reporting that Colin “retired” on their website. They heard you loud & clear bc the NFL put the accurate description that @Kaepernick7 is a Unrestricted Free Agent (UFA). Tell them to stop denying him employment. pic.twitter.com/klK7a6qRTY

The NFL, the most popular sports league in America, launched its new website on Friday and the listing for former San Francisco 49ers quarterback Kaepernick, who hasn’t played a game in the past three seasons, drew ire from many.

Diab took to Twitter that day to set the record straight, calling out the league, NFL Players  Association and Commissioner Roger Goddell for “lying.”

“Colin did NOT retire,” she posted, along with a screenshot of the free agent’s profile that characterized him as “retired” at the time. “You cowards blackballed him bc (sic) he peacefully protested against police brutality. He’s a Superbowl QB & should be playing bc (sic) his stats show that.”

The @NFL @nflcommish @NFLPA lying on their NFL website claiming @Kaepernick7 “retired.” Colin did NOT retire. You cowards blackballed him bc he peacefully protested against police brutality. He’s a Superbowl QB & should be playing bc his stats show that. https://t.co/UmyD5VhYwP pic.twitter.com/eUJ7LMmaiR

Prior to that, Diab, who hosts NBC‘s “Talk Stoop,” shared a post from another tweeter who also took issue with Kaepernick’s characterization on the revamped site, while taking a hit at the NFL’s NFL’s Inspire Change initiative, which is a program backed by recording artist Jay-Z.

Hey @NFL & @nflcommish I just discovered some of your recent edits to your website. It states that Colin Kaepernick is "retired" and you have removed his image from his player's profile. I guess this is what you meant by #InspireChange by falsifying facts.https://t.co/swpMgpru4e

The countless messages shared on social media about the situation seems to have reached the league. The page has since been updated as of Saturday morning, listing Kaepernick as a “UFA.”

Kaepernick, 32, filed a claim against the NFL in 2017, accusing the league of collusion to keep him off the field after choosing to take a knee during National Anthem at San Francisco 49ers games in protest of police brutality. The two parties settled out of court in 2019.

The silent protest proved divisive, drawing support from many and the ire of others, including condemnation from President Donald Trump.

While the ex-49ers quarterback, who guided the team to Super Bowl XLVII in 2013, has become an acclaimed social activist, he’s been vocal about his desire to return to the NFL.

Kaepernick, who has gone unsigned since the 2016 season, put his skills on display at an open and highly publicized workout in November in efforts to show that he still has the talent to play. The events surrounding the workout, which was initially to be held by the NFL, also proved controversial.

Kaepernick, however, has stayed consistent with his desire to play the game.

“I’ve been ready, I’m staying ready, and I’ll continue to be ready,” Kaepernick told the media during the workout. “The ball’s in their court. We’re ready to go.”

"Ball is in their court, we're ready to go.”

Kap addressed the media after his workout ?