OPINION: The nation’s poorest major city is also a majority Black and brown one with a racist history. Of course things were going to pop off. 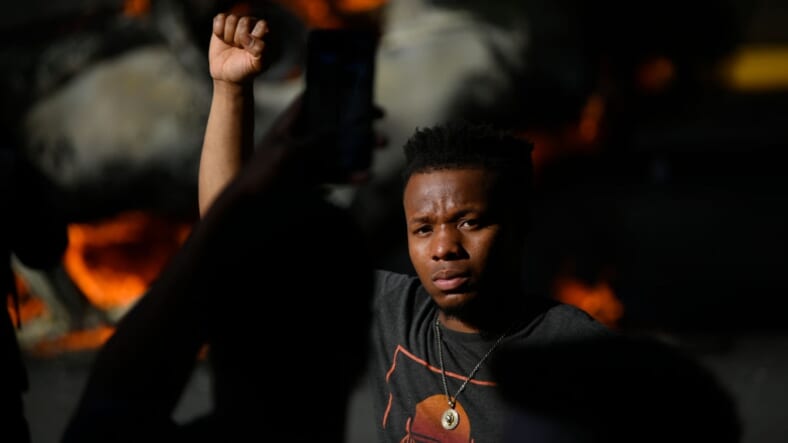 On Saturday, #PhillyProtest was trending worldwide on Twitter as many major cities joined the nationwide public unrest following the recent extrajudicial police killings of Black people such as George Floyd, Breonna Taylor, and Tony McCade.

As someone who lives in the second-largest city on the East Coast, Philadelphia has a long history of systemic racism despite having a well-represented Black population and political leadership. Seeing locals down my timeline disrupt Center City (the downtown area of Philly) was a testament to a town that’s sick and tired of being sick and tired.

Although they have nearly 30 years of a majority Black and brown population, Philadelphia has yet to seriously tackle the inequities afflicting them.

Black Philadelphians have seen no major improvement in poverty; biased stop-and-frisk policies; and witnessing intense racial segregation via gentrification. Outside of political leadership, Black people are underrepresented in business, education, tech, and nonprofit leadership in a city in which they hold the plurality.

In regards to economics, Black people are neglected in terms of financial access and opportunity, despite making up over a third of Philly’s population. A 2019 Pew Charitable Trusts report titled “State of the City” reported that only 2.5 percent of businesses in Philly are Black-owned (despite this demographic making up 43 percent of the city’s population). In comparison, white people — with 34 percent of the population in Philadelphia — are overrepresented in terms of city jobs, healthcare, higher education attainment, wealth generation, property-ownership, business growth, and more.

So no, it was no surprise for me to witness Philly residents protest as hard as they did. It was a long time coming for a city that has continued to either turn a blind eye or break promises to its Black citizens.

For example, in 2017, local protesters and Philadelphia Councilwoman Helen Gym called for the infamous Frank Rizzo Statue to be removed following an act of domestic terrorism in Charlottesville, Virginia. The late Frank Rizzo was a former mayor of Philadelphia who had a racist and homophobic history of terrorizing Black and brown people with police.

For his statue to remain in Center City for nearly three decades painted a racist legacy in the longtime Democratic elected powerhouse. The current Mayor Jim Kenney promised to remove the statue, only to later tell residents that metal monstrosity was staying put for several more years. Which can explain why protesters made sure to set it on fire without any complaint.

It’s hard not to ignore these protests are also happening during the 35th anniversary of the MOVE Bombing in which the City of Philadelphia authorized a bomb to drop in a Black neighborhood as a response to a Black protesting group. The state-sanctioned violence killed eleven Black people, including five children, and burned down 61 houses.

No one was arrested or held legally accountable for the decision. And yes, this happened under the leadership of Philadelphia’s first Black mayor, Wilson Goode, who finally called on the city to issue a formal apology this year.

It should be noted that just two week ago, Philly Mayor Jim Kenney, couldn't even offer an official city apology on behalf of the MOVE Bombing, in which 5 Black children were killed after the City authorized a bomb to be dropped in a Black neighborhood in 1985.#PhillyProtest

So for many around the world who are wondering why it seemed to be a lot going on in the City of Brotherly Love and Sisterly Affection on Saturday — this is why. The senseless killings of Black lives nationwide reminded our city that we, too, have white supremacy in our own backyard to take care of.