A group of Black men formed a human chain to protect a police officer from a rebellious crowd. 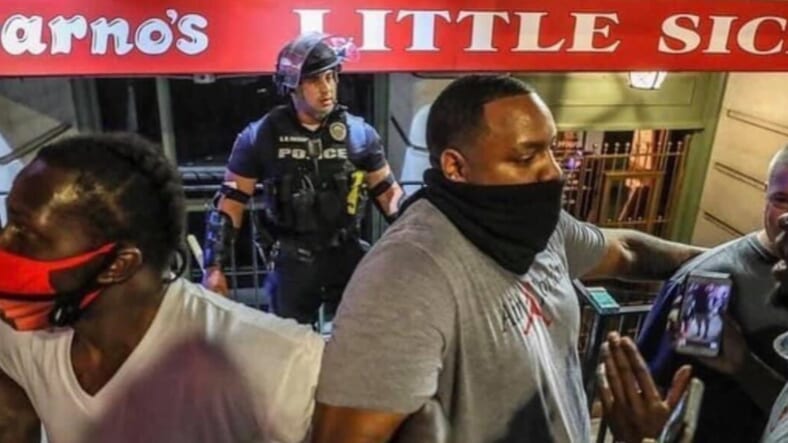 Prodigy from Mobb Deep said it best when he rapped, “There’s a war going on outside. No man is safe.”

While the record is over 25 years old, it still rings true. There is a war going on outside and it is traumatizingly scary.

What was supposed to be a peaceful expression of protest with the express aim to shed light on the death of George Floyd has in some cases turned violent.

READ MORE: Target deletes “2020 is our year” tweet after stores are burned during protests 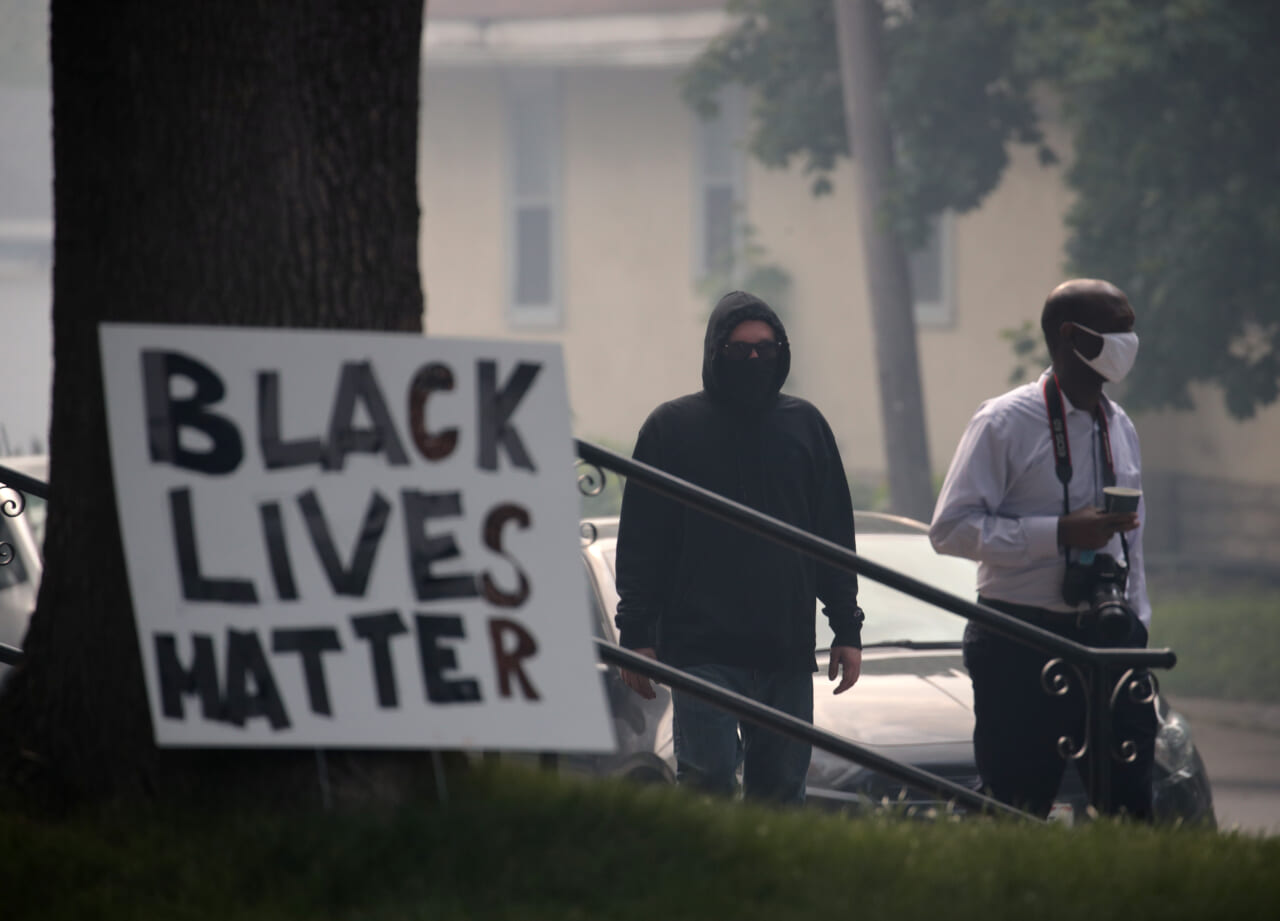 MINNEAPOLIS, MINNESOTA – MAY 29: People walk past a Black Lives Matters sign after a night of protests and violence on May 29, 2020 in Minneapolis, Minnesota (Photo by Scott Olson/Getty Images)

But just like there were examples on social media of people (in multiple cities) guarding Targets and local business, not only to stop looters from destroying the multi-million dollar retail store but to ensure that in the morning mothers could go and get milk and pampers for their children, people are coming together to do the right thing.

Earlier, theGrio.com reported that in Louisville, white women lined their bodies up arm-interlocked-with-arms to become a partition between the Louisville police and Black and brown protestors.

In another extraordinary example of pure humanity coming out of Louisville, a group of Black men formed a human chain to protect a police officer from the riotous crowd after he was separated from his group. While post protesters were there to be heard and honor Floyd’s life, some instead saw the opportunity to take their frustration out on a cop.

Images of the act of valor went viral on social media.

Bethany S. Mandel @bethanyshondark posted, “Meanwhile this iconic shot out of Louisville of protestors protecting a cop who got separated from his unit.”

Meanwhile this iconic shot out of Louisville of protestors protecting a cop who got separated from his unit. pic.twitter.com/4ySpUNjGoa

Last night in Louisville. Protesters protected an officer separated from his squad. pic.twitter.com/cp1D59JBSY

While it may appear like there’s a war going on outside, there are still some good soldiers making sure the fight that’s being fought is a good and fair fight.