Although an initial report said that underlying conditions may have contributed to his death, a new, independent autopsy says George Floyd was in good health. 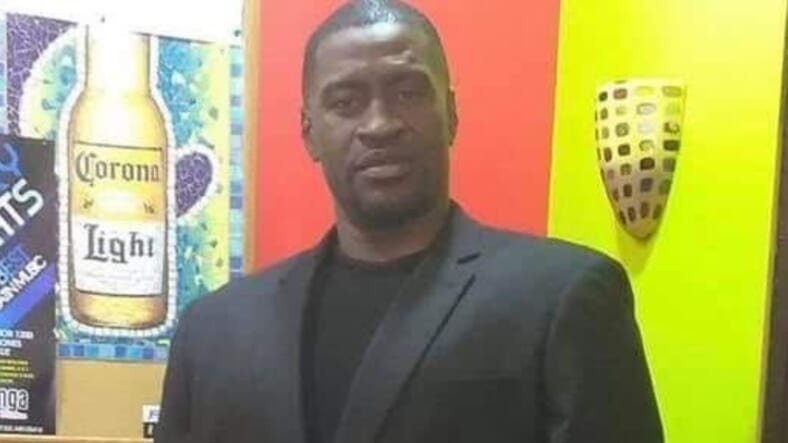 The family of George Floyd and their legal team held a press conference Monday to reveal that the cause of his death was from “asphyxiation from sustained pressure.”

Floyd’s death “was homicide caused by asphyxia due to neck and back compression that led to a lack of blood flow to the brain,” according to Dr. Michael Baden, an independent medical examiner hired by the Floyd family. He also did an independent autopsy for the family of Eric Garner.

“Mr. Floyd had no underlying medical problem that caused or contributed to his death,” Baden said. “He was in good health.”

Crump placed the blame of Floyd’s death on former Minneapolis cop, Derek Chauvin. The civil rights attorney said that the unarmed 46-year-old “was living, breathing and talking until we see those officers restrain him while he’s face down in handcuffs with Officer Chauvin having his knee lodged into his neck for over 8 minutes.”

Crump asserted that Floyd would be alive if it had not been for Chauvin’s actions. Co-counsel Antonio Romanucci also added the actions of the other police officers who are seen on top of Floyd in the viral video of his death was also a contributing factor as they “prevented blood flow to his brain and airflow to his lungs.”

Crump said the video proves Floyd’s death was a homicide. Witnesses say the officers at the scene taunted Floyd.

“Thank God there were witnesses and video,” Crump said.

As thegrio previously reported, a preliminary autopsy was released in which the Hennepin county medical examiner stated that Floyd’s death was the result of underlying health issues, including hypertensive heart disease, possible intoxicants and being restrained by police, but did not cite “strangulation or traumatic asphyxia” as the cause.

The early autopsy findings were included in charging documents against former Minneapolis officer Derek Chauvin, who was charged with third-degree murder and felony manslaughter.

Chauvin, who was fired from the department just days after the Memorial Day tragedy, faces a maximum of 25 years in prison and a $20,000 fine.

The officer in the case of George Floyd was arrested. Autopsy is showing he didn't die of strangulation but heart issues. Max sentence of 35 years with both charges or pay fine. Bail set at $500,000. Information provided by CNN & listed on their website #GeorgeFloydprotest pic.twitter.com/tjEmcg41as

Crump stated in a Roc Nation hosted virtual presser last week that the remains of Floyd would undergo independent review to be conducted by Dr. Michael Baden. There were concerns that there would be an attempt made to blame Floyd for his own death.

“We saw in the Eric Garner case and so many other cases, where they have these people who work with the city come up with things that are such an illusion about ‘you didn’t know he had a heart condition’ or ‘he had asthma,’” said Crump.

“All this stuff that is completely irrelevant because they were breathing, walking just fine until the police accosted them and assaulted and battered them.”