Trump called him an ‘anarchist’ after protest, life hasn’t been the same since

EXCLUSIVE: The story of Nathan Caraway, who was simply trying to help pepper-sprayed protesters, highlights the dangers of Trump's disinformation campaign 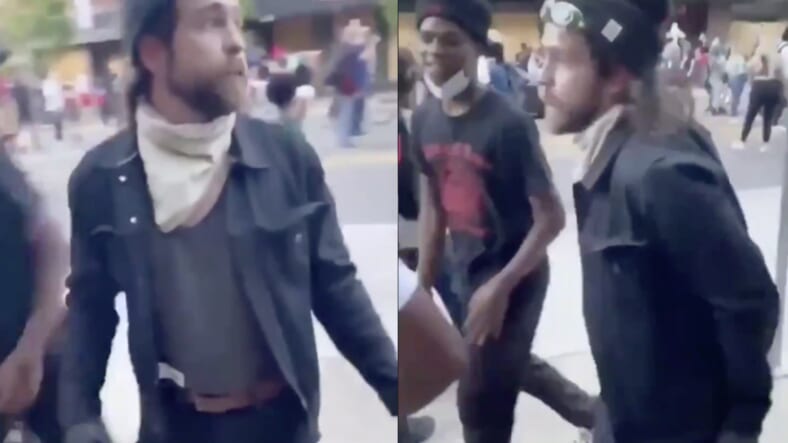 Nathan Caraway was helping Ohio protesters who had been pepper sprayed by police. (Photo: Twitter)

Imagine walking outside your home, in the same neighborhood you’ve lived in your entire life, and there is nothing but chaos. Tear gas, people screaming, men and women in and out of uniform running for safety.

You’ve never done this before, you’re no hero, you’re no professional or even part-time activist, but you are moved to do something. To help, to bring peace to both sides. Yet somehow, what started out as an act of selflessness and love somehow turns you into an enemy of President Donald Trump, his millions of Twitter and real-world followers across America.

That is the story of Nathan Caraway, and this is how he got there.

“I’m not affiliated with any political groups whatsoever, my sole purpose for being there was to protect people and keep peace on both sides,” Nathan tells theGrio when we spoke on the phone.

He speaks like a mixture between a self-help guru and the most optimistic guidance counselor you’ve ever had. Despite the violence, carnage and anger around the country, he emanates a peace that is palpable even across the phone.

“I saw tensions were high on both sides. I went there with the intention to spread a message of peace and love,” he said. 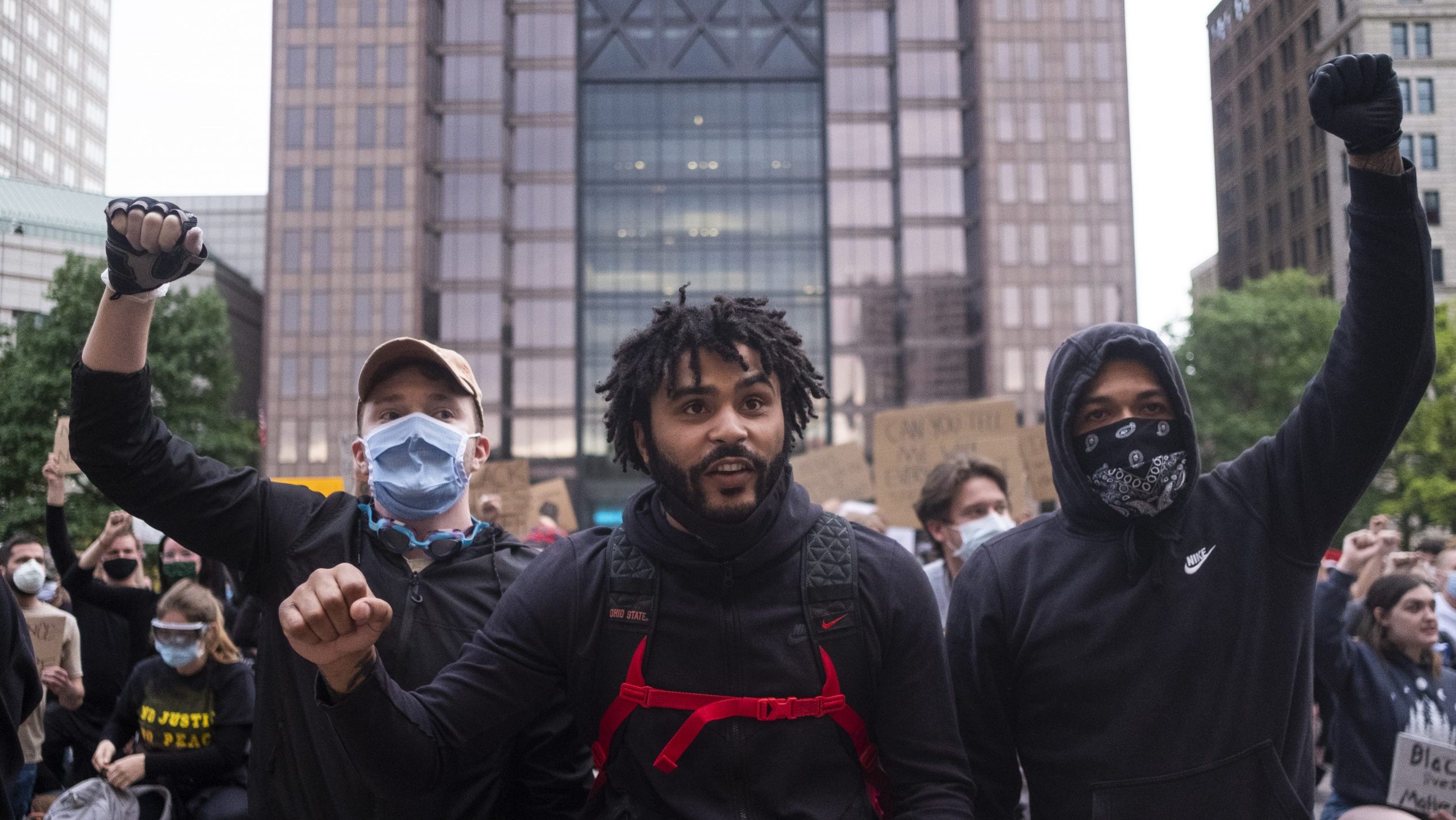 Protesters chant for the Ohio State troopers and Columbus Police to take a knee with them in solidarity on the Ohio Statehouse steps on June 1, 2020 in Columbus, Ohio. (Photo by Matthew Hatcher/Getty Images)

Nathan works as a local film director in Columbus, Ohio. Shaggy beard, deep-set eyes, he looks like what a stereotypical “protester” in the minds of the press and politicians.

In a nation and in a city like Columbus that is 60% white, it’s important to note that protests against police brutality have had large numbers of non-Black participants, and they are treated differently, by the police, the press, and in Nathan’s case, politicians.

Caraway had never been involved in any type of protest before. He was compelled by the violence he saw on both sides during the Columbus protests last weekend to get involved.

“This was my first time at any type of protest or any event like that. It was definitely scary. My mother had told me I prefer that you didn’t go. But I told her my heart tells me I have to. On both sides, we have to have peace, there needs to be balance,” he says.

On Saturday evening, Caraway was volunteering at a make-shift table set up to provide medical care to victims of pepper spray blasts by the Columbus police department. There was panic everywhere, he was hit several times with wooden projectiles shot by the police.

When the medical area was running low on supplies he took cash out of his own pocket and was caught on tape asking a group of young Black men on bikes to run to the store and bring back supplies to help those in need.

The video somehow ended up in the hands of the Columbus Police Department, which then posted it declaring that Caraway was a “person of interest” — much to his shock. Friends and family reached out in concern. “I was worried at first,” he said.

But that was only the beginning.

On Monday, President Trump tweeted out the video declaring Nathan an “anarchist,”
with over 12 million people viewing this video within less than 24 hours. Nathan’s life has been turned upside down by a combination of disinformation, and online and real-world attacks.

Anarchists, we see you! pic.twitter.com/ov1dMLu4Eg

“I was doxed by 4-Chan, my information and my mother’s information was leaked. That was one of the most fearful components for me. I realized that this is something I had to get out in front of,” he said.

Strangers have called Caraway’s job, and he claims that he was chased down the street and threatened by a man who recognized him from the president’s tweet. He hasn’t been able to return to his home since.

Nathan’s story is the epitome of our current national crisis, politically, racially and technologically. While all too often the experiences of White people are centered during Black struggle it’s worth noting that the team of lawyers assisting Nathan now is led by a Black woman, Jalyn Parks of the Jay Parks firm who often provides pro-bono legal assistance for protesters.

Equally important is how Caraway’s story highlights how the language behind these national protests (or rebellions) is racialized. Trump tagged Nathan as an “anarchist” because politicians, and often the press, racially code how protesters are described.

Blacks are looters and thugs, Whites are Anarchists or ANTIFA. Black activism is criminalized, white activism is marginalized. Nathan Caraway, while not suffering the tragic fate of George Floyd, Ahmaud Arbery and Breonna Taylor, is nevertheless a man charged with no crime, who has been convicted by the twitter fingers of the President of the United States.

In the battle against White Supremacy and police violence, White America will sacrifice their own when convenient.

In the wake of President Trump’s phone call demanding that governor’s “crackdown” on protesters, declaring Nathan Caraway an “Anarchist” is the kind of irresponsible tweeting that got Jack Dorsey and Twitter involved last week in attempts to curtail the president’s actions.

Further, it highlights how quickly disinformation can spread even in the chaos of national protests. It’s one thing to be targeted by police it’s another to be targeted by the president, who makes no distinction between protesters, looters and men like Caraway who was seeking peaceful solutions.

We will have plenty of time to debate definitions of “ally-ship” and using one’s privilege to help, but in the meantime Nathan Caraway’s story is an object lesson in what activists in the Floyd Rebellion are facing.

You may be physically assaulted, slandered online and attacked, no matter what your skin color. Just know that it’s up to a responsible press to protect those that would otherwise be tools in the president’s war on democracy.