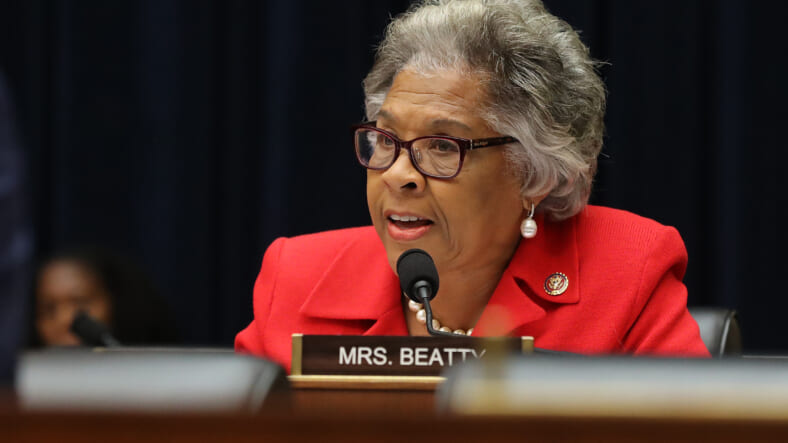 Ohio Congresswoman Joyce Beatty was on the receiving end of “mace or pepper spray” by Columbus police during a protest for George Floyd on Saturday.

The congresswoman was mediating an incident between a police officer and a protester when it happened, according to CNN.

Beatty, the Democratic representative of Ohio’s 3rd Congressional District, which includes much of Columbus, was on hand to show solidarity with the protesters, according to her spokesman, Dominic Manecke. Demonstraters gathered in the city’s downtown to protest the police killing of Floyd in Minneapolis on Memorial Day.

READ MORE: Sheriff joins George Floyd protests in Flint: ‘We want to be with y’all’

At the time of the incident, a police officer had body-slammed a white man who came to the aid of a Black female protester when Beatty intervened, Manecke explained.

“The congresswoman runs out into the street to hold back the cop and the protesters. Another cop comes up with his bike and pushes the congresswoman out of the way,” she continued, “and then it’s naturally getting heated … that one cop pulls, I don’t know why he does it, he pulls out his Mace and does what he does.”

In a video statement with Columbus City Council President Shannon Hardin, Congresswoman Beatty said that “too much force is not the answer to this,” when referencing the police during the rally.

Just want to let folks know that when @RepBeatty @VoteBoyce and I were down at the protest we did get sprayed with mace or pepper spray. We are all ok, and we want to encourage folks, both police and protestors, to stay calm. pic.twitter.com/RDQ1p4YDRY

However, she also stated that peace must be maintained on each side.

“It was just something in my heart thinking about George Floyd, thinking about all of the injustices, that I needed to be out there, thinking I was protecting them and it probably was not safe,” Beatty said.

Beatty reflected that she put herself at risk being at the rally, but wanted to show support.

“We want to continue to protest, but it must be peaceful and that does not mean that we’re not standing up for justice,” she said.