The reality TV personality has 'always' been into skin care.

Towanda Braxton wears many hats in the entertainment industry.

The 46-year-old is mainly known as a TV personality in the WE TV reality series, Braxton Family Values, but she is also a singer, dancer, actress, and producer. Although these roles take place in front of the screen or on stage, Braxton is showing the world that she is not afraid to take on new projects in other industries.

The reality TV personality is now exploring the journey of entrepreneurship after launching her own skin care line, Ladybug Skin Care.

While Braxton, also known as “The Responsible One,” has always had an interest in having clear skin, she wasn’t always happy about doing what is recommended to take care of her skin.

After meeting with the CEO of Glow Skin Enhancement, Charlotte Wilson, also known as “Skin Goddess,” Braxton was encouraged to turn her interest in skin care into a business. Wilson has serviced many celebrities to help their skin look flawless. 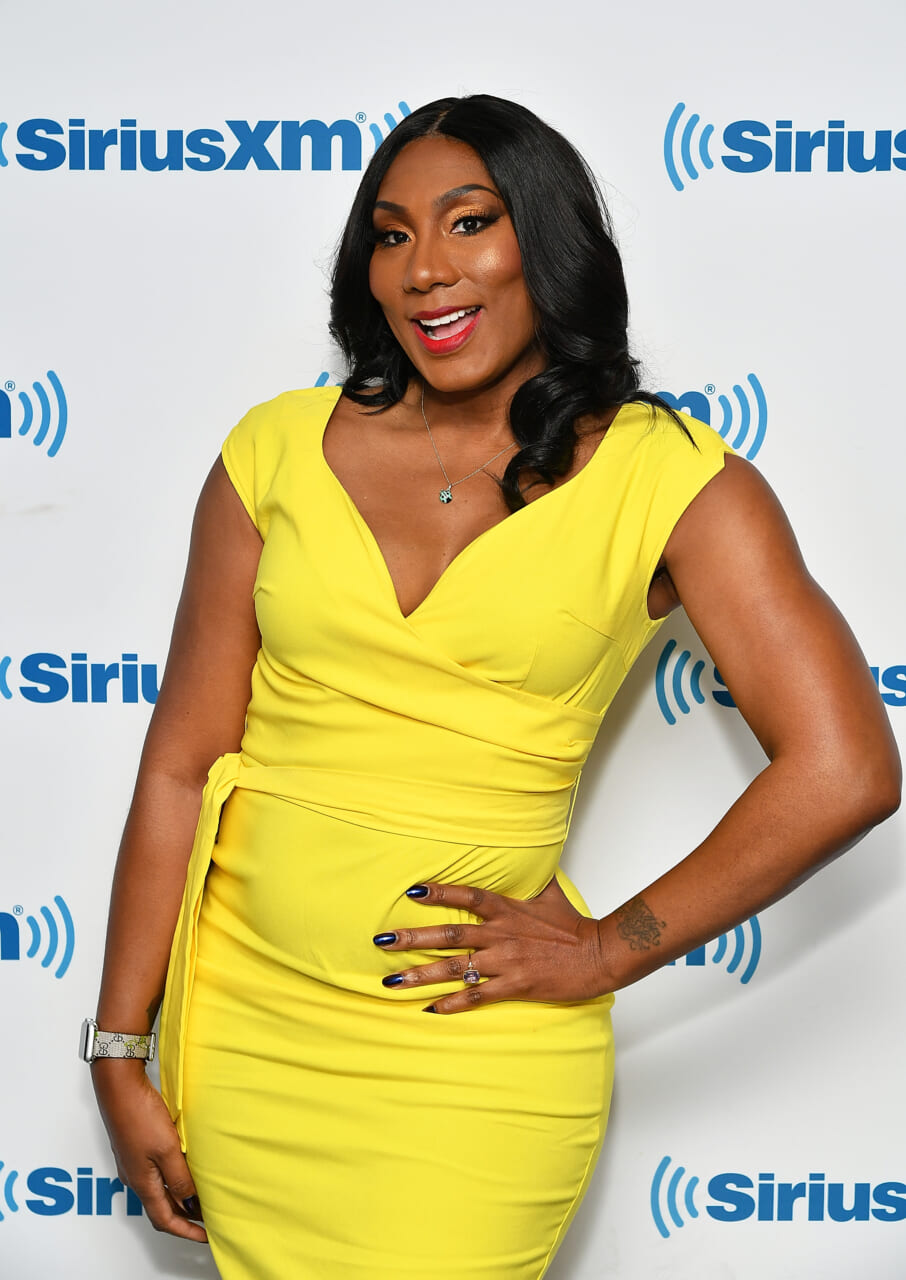 “Charlotte Wilson, she is the Skin Goddess, she does everybody’s skin. She does Blac Chyna’s skin, whose skin is flawless. Porsha [Williams], without makeup her skin is crazy,” says Braxton. “Cynthia Bailey and Lisa Raye. I wanted the same thing. I wanted to be able to not wear makeup if I didn’t want to wear makeup and my skin still look amazing. So, Ms. Charlotte was like ‘Towanda we’re going to do a skin care line girl.’ My company is underneath the umbrella of her company. I felt so honored.”

According to the website, The Ladybug Skin Care’s ingredients work to “revitalize your skin and restore natural glow.” The singer also realized that the products helped to relieve some skin issues that she inherited from her family members.

“All of the ingredients are all-natural and my skin care line is anti-aging. I hadn’t seen a lot of all-natural, anti-aging skin care products out there,” she says. “It’s not just age defined. I used to have dark circles under my eyes, and I realized that it was part of the pigmentation in my skin. It’s a little bit of a hereditary situation because my father used to have those dark circles underneath his eyes, until he used Ladybug Skin Care.”

RELATED: Toni Braxton on her battle with lupus: ‘I felt I had no one to help me’

After using Ladybug Skin Care routinely, Braxton attests that the products helped her dark circles go away. She even has favorite products of her own from the line.

“The morning and night bar soap, I absolutely love it. I use it all over my body, it softens my skin, it exfoliates gently, it’s not abrasive, it has turmeric in it,” Braxton says. “So that is my most favorite. And then I absolutely love the No More Dark Circles because it erases some of those fine lines you may have around your eye line.”

The products are not the only thing that Braxton loves. The name of her skin care line, Ladybug Skin Care, comes from her love for ladybugs. Braxton even confirmed that she has a tattoo of a ladybug on her wrist and that she has a special relationship with the insect. 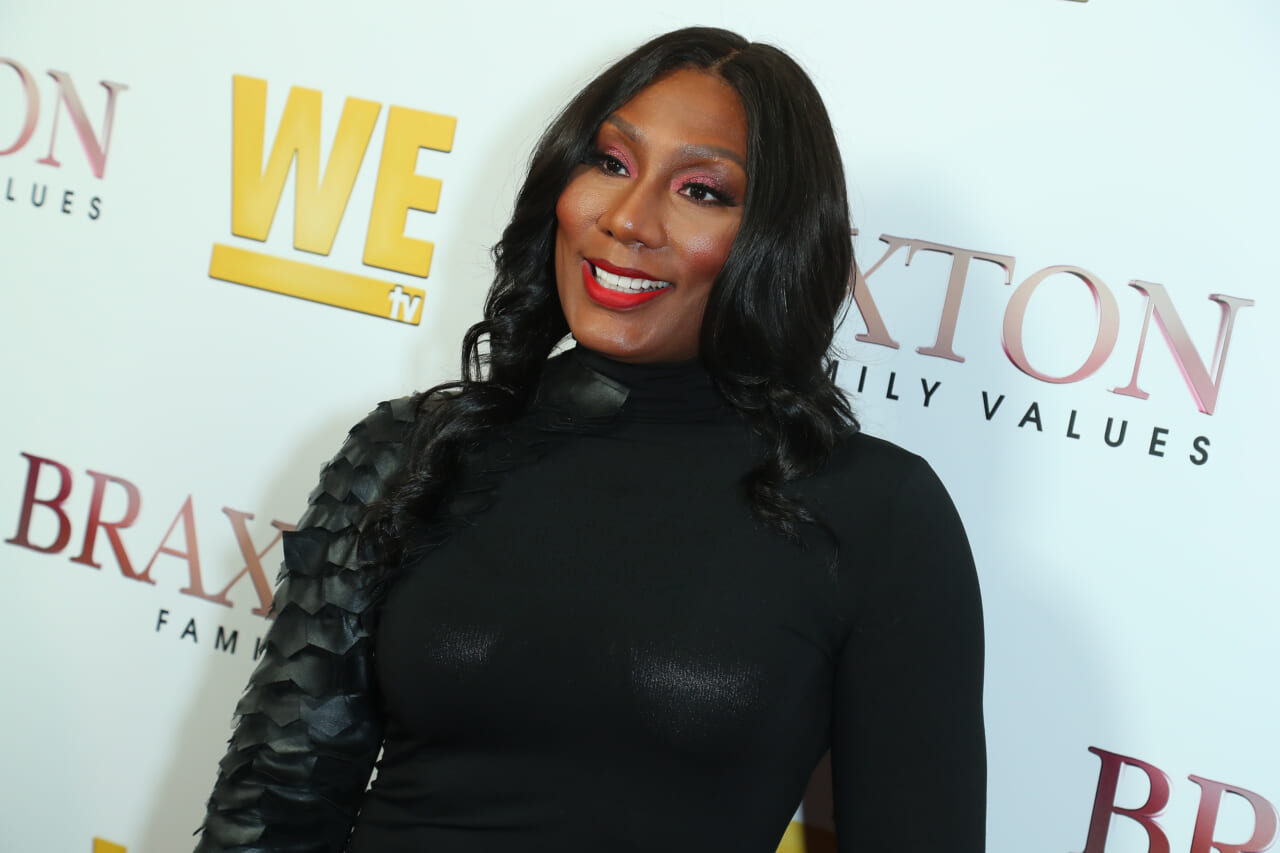 “I absolutely love ladybugs, it’s like my spirit animal,” she says. “If you look up the definition of a ladybug, it means blessings and good luck. Honest to God, when Ms. Charlotte was dropping off my samples to my house, a ladybug flew in her car. It was almost like a confirmation that this marriage of our relationship was really supposed to be this way. And every time I am down or praying, it’s almost like God will send me a ladybug. It’s almost like confirmation that God is listening to me.”

Even Braxton’s sweetheart, Sean Hall, calls her ladybug. Fans of Braxton’s Family Values were introduced to Braxton’s man during the last season of the show.

Sean Hall is a producer and has been friends with Braxton since the 1990s. He has also been married and divorced, like Braxton. The two have been dating for a while, and Braxton has confirmed that she is in love.

“I am absolutely in love. I’ve never felt like this before,” she gushes. “I know people are like ‘but you were married before,’ but there is a lot of backstories that went on with my marriage with my ex-husband that we are going to be revealing this season of Braxton Family Values. I kind of covered up a lot because we do have children and I never wanted to shed him in a negative light when it comes to my kids and the media. We get that enough when it comes to the Black men, so I was an advocate in not wanting to show the world that he is this type of negative Black man. I didn’t want that, but I got to tell my truth. And now my kids are older, and I got to tell my truth.”

“We had to see each other every day. We had to come up with some creative things for playing games or family time. So being in COVID-19 helps strengthen his relationship with my children,” Braxton explains. “I will say that I think it helps when you are in a relationship during COVID-19 that you take your time to have your own space. You’ve got to have some alone time. Even when it’s not COVID-19, it is important that when you are in a relationship to have some me time.”

While Braxton and her beau are still going strong, she is also continuing to strengthen her relationship with her sisters. In the last episode of the latest season of Braxton Family Values, Towanda and her sister, Traci Braxton, got into a tense discussion in the last episode. So it begs the question of how the sisters have been maintaining their relationship during the stay-at-home order.

“We’re going through our growing process. Just recently it was the anniversary of our niece, Lauren’s death. We had a number of deaths, even this year,” she says. “So unfortunately, sometimes it takes a devastating situation to bring the family closer together. So, our family is going through a healing process. This stage that we are going through is a healing process of really speaking our truth and owning the things we need to own so that we can move forward and love.

Filming of the new season of Braxton Family Values was interrupted due to the pandemic. Currently members of the show are waiting to figure things out and make sure everyone feels safe and healthy to come back to film.

As for Ladybug Skin Care, Braxton is currently having a “Sorority Sale” that gives a 10% discount to all women who are a member of the Divine Nine.