When it comes to social media challenges, it turns out that siblings have an inside track. 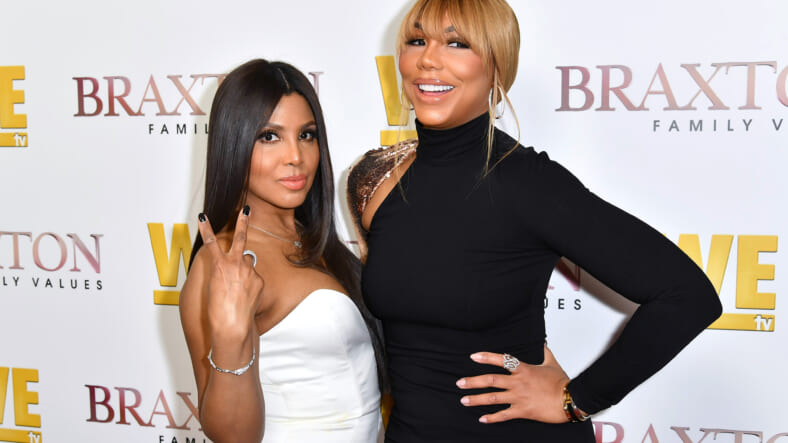 Toni Braxton and Tamar Braxton are seen as We TV celebrates the premiere of "Braxton Family Values." (Photo by Earl Gibson III/Getty Images for WE tv )

Tamar Braxton has proven that nobody can deliver a better impersonation of her sister Toni Braxton than she can.

When Babyface took to social media to announce the new date for the Waiting To Exhale special that was postponed after the death of Andre Harrell, he also unveiled the #ToniBraxtonChallenge.

The Grammy-winner challenged singers far and wide to match his friend and longtime collaborator’s tone. Tamar took the opportunity to show off her skills and share the secret to nailing her sister’s signature sound.

“Alright Babyface I love you so much so, I’m gone show you how to do Toni Braxton. You gotta put bass in your throat like (clears throat) okay?  Like you finna cough or burp or something, and like you can’t finish no sentence.  And uhm, you just gotta that real deep emotion, like can’t nobody hear what you’re saying.”

Tamar stunned social media with her rendition of “Let It Flow” from the Waiting To Exhale soundtrack.

@babyface She’s going to KILL us‼️‼️‼️ but I think u started @Tonibraxton challenge that I am here for????????? #Tonibraxtonchallenge

Her uncanny impersonation got high praise from fans far and wide and even caught the attention of folks like L.A. Reid and Ashanti.

Aside from owning social media challenges, Tamar Braxton is preparing to unveil her new reality competition show, To Catch a Beautician. The VH1 series will costar celebrity hairstylist Johnny Wright.

“I’ve been so excited about this. This is like a dream come true to be able to host a show that’s so much fun with an amazing production company [Scout Productions] and amazing network like VH1,” Braxton told Variety.

READ MORE: Toni Braxton on her battle with lupus: ‘I felt I had no one to help me’

“To meet so many amazing people and to be able to inspire and be inspired at the same time, It’s such a feel-good show. … You crack up, but you feel good about yourself after watching it. I’m just really, really grateful to be a part of that.”