It has been six years since Garner was killed after being placed in a chokehold by a New York City police officer in Staten Island. 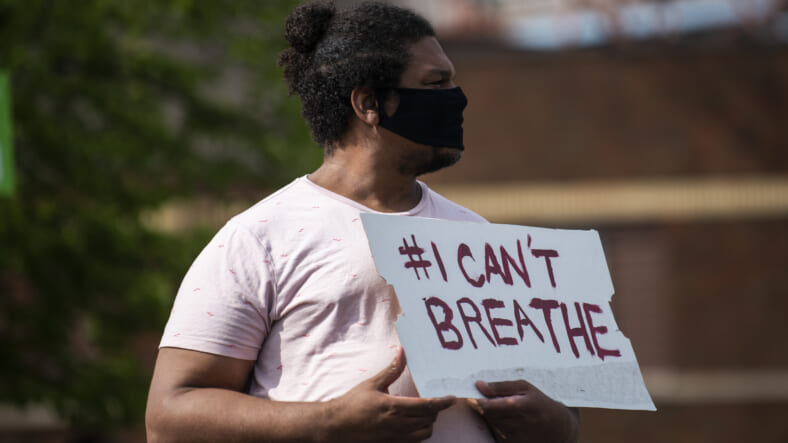 A man holds a sign stating "I Can't Breathe" during a protest in response to the killing of George Floyd outside the Cup Foods on May 26, 2020 in Minneapolis, Minnesota. (Photo by Stephen Maturen/Getty Images)

Minneapolis is reeling from the death of George Floyd, a tragic demise perceived to have been caused by the use of a chokehold by one of the city’s police officers. New York City understands all too well what it feels like to have lost a valued member of the community, at the hands of someone who was supposed to be there to honor, server, and protect.

Yet, sharing in the mutuality of the event is not enough for the Empire state. At least anymore.

The New York State Assembly has now passed the Eric Garner Anti-Chokehold Act and the governor has agreed to sign it into law.

On Monday, June 8, the New York Assembly members voted overwhelmingly in favor of A06144, a bill criminalizing aggravated strangulation for police officers, by a vote of 140 to three.

Brooklyn’s Walter Mosely, an assembly member representing the 57th Assembly District, sponsored the bill. He promised, “We’re going to make sure next time this happens in New York State, police officers will be going to jail.”

“They are here to enforce the law, not to be above it,” Mosely added. 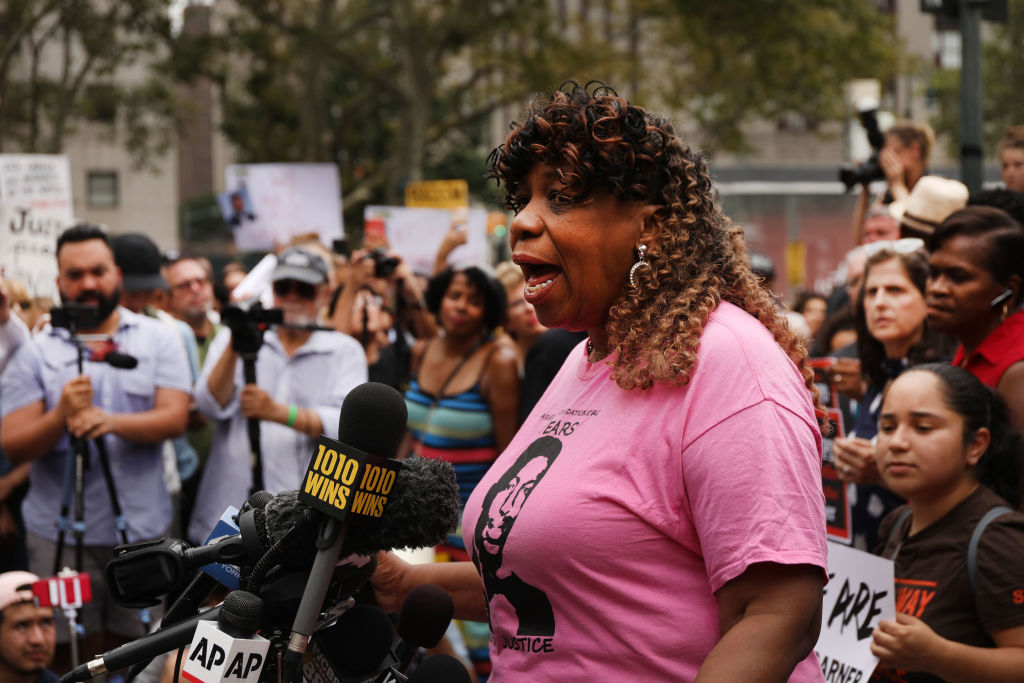 Gwen Carr, the mother of Eric Garner participates in a protest to mark the five year anniversary of the death of Garner during a confrontation with a police officer in the borough of Staten Island on July 17, 2019 in New York City. (Photo by Spencer Platt/Getty Images)

It has been six years since Garner was killed after being placed in a chokehold by a New York City police officer in Staten Island. The recent death of Floyd has brought back memories of this painful blotch in New York’s recent history.

Eerily, as Floyd cried out “I can’t breathe” as he took his last breaths, many heard the echoes of Garner’s final words as NYPD officer Daniel Pantaleo tightened his hold around his neck on that horrible summer day.

Gov. Andrew Cuomo has pledged to sign all of the 50-A bills that come to his desk, including one that will make police disciplinary records transparent to the public and banning race-based and false 911 reports.

“Ban chokeholds,” Cuomo said. “We went through that with Eric Garner. How many times? But pass a law that says that.”

The state is moving on this ban swiftly, catching up to the Big Apple. New York City has already banned the use of chokeholds and moving toward criminalizing police strangulation on the municipal level.

“New York should have passed this a long time ago,” Rev. Al Sharpton said last week at a press conference. “Maybe the police would not have thought they could have gotten away with it with Floyd if they saw the signal in New York.”

As New York takes these baby steps to legislate police-involved violence, protests continue in memory of not only Floyd and Garner but the thousands of names of people who have lost their lives while in the custody of the men and women in blue.