B. Simone says she refuses to date a man with 9-to-5 job and gets dragged

The self-declared “Manifest Queen” feels only an entrepreneur is best suited to be her life partner.

B. Simone has declared that she won’t date a man who has a 9-to-5 job and that only entrepreneurs need apply.

Social media went into a frenzy after the author’s recent comments on Nick Cannon’s “Nick Cannon Mornings” show went viral. The 30-year-old self-described “Manifest Queen” let it be known just what kind of man she wants in her life, and anything short of a CEO is not up to her standards. 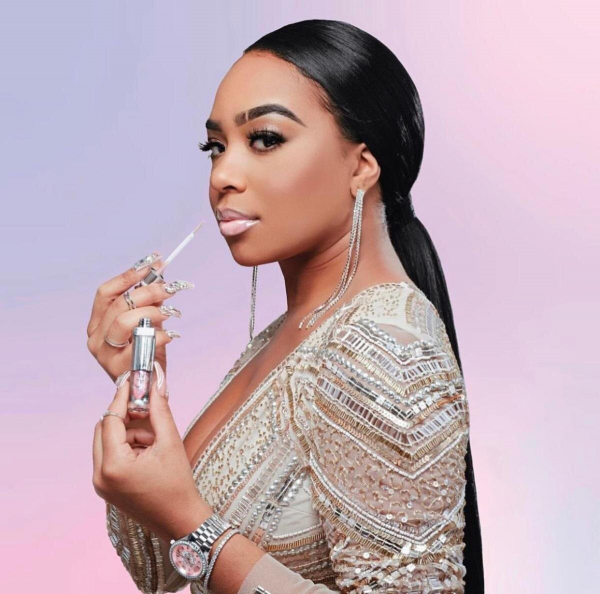 B. Simone using her line of lipglosses from B. Simone Beauty

She added, “I need you to understand why I’m up at 3 a.m. checking emails. Why I’m always on social media. Why I’m never off or clocked out. I need a man to understand and support that!”

It didn’t take long for social media to light up the 30-year-old influencer as many were quick to bring up her own history. She was once homeless and broke through after appearing on MTV’s Wild ‘n Out.

She’s also been a regular cast member on VH1’s Hip Hop Squares. She’s also the best selling author of the “Babygirl: Manifest The Life You Want.”

She also sells beauty supplies such as lip gloss, mattes, and bundles on her website.

It took time and hustle for Simone hustled to build her empire, so people found it hard to understand why she seemingly looked down on those who might be using a 9-5 to do the same.

B.Simone once stated that she only had $42 in her bank account, but now wants to shame 9-5 workers?

Even some of the most successful entrepreneurs that i know aren’t up working 3 am pic.twitter.com/8AhaGd4vle

B Simone really think she different cause she stay up to 3 am ordering off alliexpress while everybody else sleep.

B. Simone is confused. She shitting on 9-5 workers but 3 yrs ago she was living out her car and was a 9-5 worker. Last week she didn’t want to protest or donate due to her Christianity but be on Wild’N Out/ social media talking about sex & sucking dick. pic.twitter.com/q1Oe9UVcCB

Why do entrepeneurers think entrepreneurs make hella money? The average lifespan of a business in America is not long, especially if it’s black owned and/or small. If Instagram shuts down tomorrow B.Simone check is gone. https://t.co/coNtX1WKRV

Simone took to Twitter to clarify her comments after she became a trending topic.

“Not the lives ppl want 4u! It has to be in his mindset, that’s what turns me on! I had a 9-5 and I dated a 9-5 guy b/c we were like minded. I elevated now I need my man to elevate w/me! LEARN HOW TO MANIFEST BY GETTING MY BOOK,” she captioned a video.

Not the lives ppl want 4u! It has to be in his mindset, that’s what turns me on! I had a 9-5 and I dated a 9-5 guy b/c we were like minded. I elevated now I need my man to elevate w/me! LEARN HOW TO MANIFEST BY GETTING MY BOOK?? WE RESTOCKED? #ManifestQUEEN link in bio pic.twitter.com/6fb3VuCh8c

READ MORE: B. Simone talks manifesting an empire and saving $1M before 30

This isn’t the first time that Simone has been ‘canceled’ via Twitter. Last week, she was dragged for her comments about George Floyd. She posted about being a Christian and would not partake in anything related to being an ‘angry’ Black women. Many felt that was a veiled reference to the protesting that has taken place since Floyd died after an altercation with Minneapolis police.

I’m not living to please man I’m here to please God at the end of the day i am a CHRISTIAN ! I’m God fearing i have to answer to Him ! I’m going to ask myself WWJD not what would an angry black woman do ! I am angry but i am also trying to be Godly