B. Simone talks manifesting an empire and saving $1M before 30

In an exclusive with theGrio, the multifaceted entertainer shares her lessons on attracting success and writing her new book: 'Babygirl: Manifest The Life You Want' 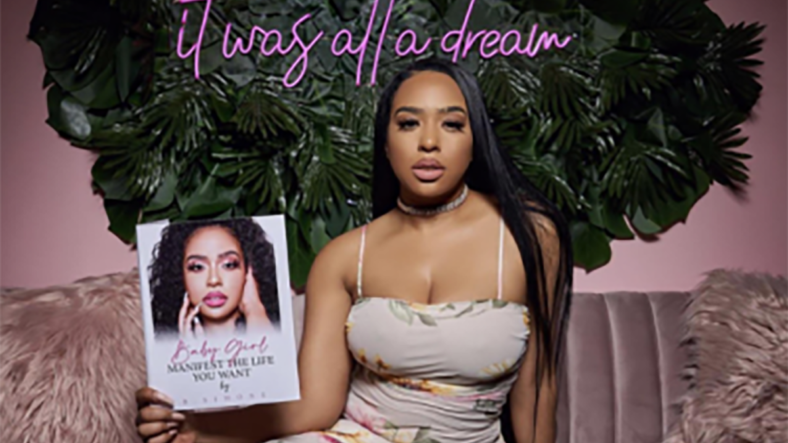 Proclaiming herself as the upcoming “female Jamie Foxx,” multifaceted businesswoman Braelyn “B. Simone” Greenfield believes in the power of manifestation–crediting her successes to just that.

B. Simone’s social media fame has allowed her to embark on a journey that only she could have envisioned with a follower count currently standing at 1.4 million.

A current cast member of Nick Cannon‘s Wildn’ Out, a touring comedian, blossoming music artist, and savvy business entrepreneur, the 30-year-old is now the author of her debut book “Babygirl: Manifest The Life You Want.”

theGrio caught up with B. Simone to discuss how manifestation has affected her life and career, and her rumored connection to rapper Da Baby. 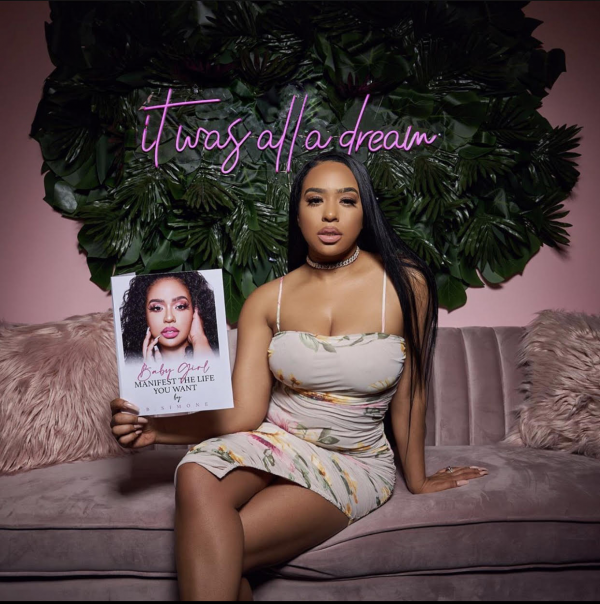 “I have always had faith over fear,” B. Simone told theGrio. “After watching the movie The Secret, I learned about the Law of Attraction and realized that what I had been doing all along was manifesting. I’m always positive and envisioning what I want for my life — as I take the proper steps for it to come into fruition.”

The infectious catchphrase, “you’re my boooyfriend,” aided B. Simone’s hilarious videos in reaching viral status, and her brand becoming more solidified. Since then, her undeniable entrepreneurship has transitioned her social media presence into a growing, flourishing business.

“I always say Instagram is new, but my hustle isn’t,” she said. “I’ve been trying to make it in the entertainment industry since I was like 15. I was in my first girl group, I had been viral on Pinterest, I was active on MySpace … I’d been very active on social media for years. I started making viral Instagram videos about five years ago … the “F Boy” video went super-duper viral, and it just took off.”

It's fuckboy season … Ladies be careful #BSimoneComedy but #facts

Acknowledging that she has an audience that loves her versatility, B. Simone says it hasn’t been difficult getting her audience to follow her in whatever endeavors she pursues.

“I think once they fell in love with me as a comedian and how transparent I was, that led them to follow my entrepreneur side,” she said. “I built my name as a brand so I can give my audience anything. I don’t just do comedy, or music, or sell products, I do everything … my audience supports the brand.”

B. Simone’s transparency in her book “Babygirl: Manifest The Life You Want” inspired her supporters to buy over 1,000 copies during its first hour of purchasing. The book is filled with personal manifesto stories of love, mishaps, and successes — and she leaves nothing out.

“I actually want to reveal a lot more to the world. This book is like a beginner’s workbook for people that are trying to change their mindstate and their life by working toward manifestation and learning how to manifest,” she said.

“It has workbook pages with positive affirmations to start off your day so you can manifest that dream car, dream house, dream partner … it even has tips on how to create a vision board.”

“All of these chapters were important to me. As women, we naturally want to love and we go through heartbreak … and it really distracts us. We want a partner but we also want success, so sometimes you have to choose your career over love,” she said.

“Manifesting your finances: we all have financial goals we want to reach Manifesting your circle: the people around us are so important to our success. Manifesting after the success: after you reach those goals, you celebrate but you can’t stay in that moment forever, you move on to the next goal … you keep pushing”

B. Simone using her line of lipglosses from B. Simone Beauty

Taking it a step further, B. Simone included clips of her own personal journal entries for readers to digest. “I wanted to share my journal pages from 2014-2016 showing how I used to write down things that I wanted, not even knowing that I was manifesting,” she said.

“It’s so easy for me to be transparent with my followers because I’ve been honest upfront. People that have been following me for five-plus years know I was sleeping on the floor for six months, I was waitressing … they’ve seen the journey. I put it all out there, so it’s not much to hide.”

Mentionable manifestations that she had thus far include, meeting Jamie Foxx after following him on social media for two years, and proclaiming herself as the female version of him. She also met and worked with Da Baby, Will and Jada Pinkett Smith, and manifested going on a national comedy tour with legendary comedian Martin Lawrence.

“Be patient, set goals, have faith and work diligently toward it, and eventually it will happen for you,” says an empowered Simone.

Although she has called Da Baby her “crush,” she made it clear that their relationship is strictly platonic. “We’re just friends, we’re business partners,” B. Simone explained.

“That was my first project with him and we work well together. He’s an amazing artist, he’s an amazing person … he’s a hard worker and so genuine. I like him a lot as a person and I think we will work a lot more together in the future.”

This journey was insane I have no words! Anything I put my mind to i make happen ….Thank you God ?? I’m the Manifest QUEEN call me BILLIONAIRE B❤️ Million Dollar freestyle drops tomorrow ?

Finding her own way, B. Simone documented her entire journey to reaching her goal of saving $1,000,000 dollars before 30. “I had tears, frustration … it wasn’t simple at all,” Simone revealed. “I even said in my book that I was going to be a millionaire by 30 … I dropped the book before I turned 30 and it happened. My team and I had a lot of setbacks due to COVID. I lost close to $100,000 in tour dates, but I try not to let things that I can’t control frustrate me. My team and I still made it happen and I was able to make a million by my 30th birthday.”

With COVID-19 safety precautions in place, B. Simone has still found time to be creative and inspired during the quarantine. Whether she’s running her cosmetics line, gearing up for her postponed tour with Martin Lawrence, dropping fire-freestyle videos, or creating her “Manitizer” to keep “F Boys” away, she has proven to be a multifaceted manifestation queen.

“I’m staying around creatives and being innovative … I’m staying active,” she added. “You have to be active, even mentally and spiritually. Work out, pray more … this is the time to focus more on me so when this is all over I can come back 100 times better financially, mentally, and spiritually.”

B. Simone says we can look forward to more music from her, as well as future acting and touring. “Babygirl: Manifest The Life You Want” is available for pre-order now on Bsimonebeauty.com.