The Democratic presidential nominee appeared on video at the George Floyd funeral service to tell the family and the world that his life would not be forgotten.

Joe Biden provided a video that was played at George Floyd’s funeral urging people not to turn away from this defining moment in the history of the nation as it reckons with racism and police brutality.

READ MORE: Keisha Lance Bottoms could be in consideration for VP pick

The Democratic nominee offered his message Tuesday through a video that was played Fountain of Praise church in Houston, Texas. Biden stayed behind at his home in Delaware as he did not want his Secret Service detail to be a distraction at the service. 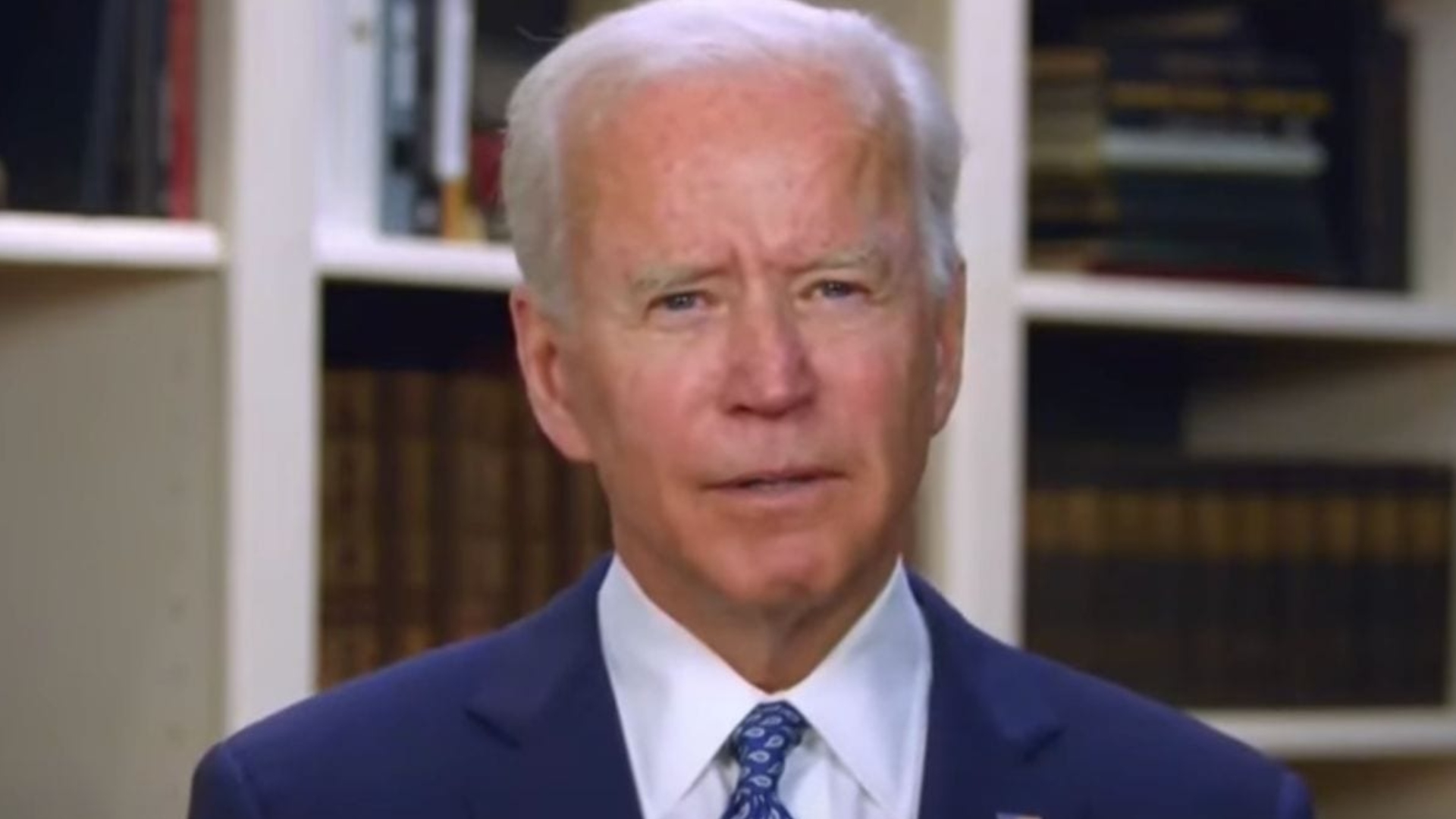 READ MORE: George Floyd, whose death energized a movement, to be buried

“We can’t turn away. We must not turn away,” Biden said.

“We cannot leave this moment thinking we can once again turn away from racism that stings at our very soul from systemic abuse that still plagues American life.”

On Monday, Biden met privately with Floyd’s family. He shared in their pain and expressed that he too,  has experienced grief over the loss of loved ones. Biden said that grieving in front of the world was a burden but also one of purpose.

“Unlike most, you must grieve in public. It is a burden. A burden that is now your purpose to change the world for the better in the name of George Floyd,” the former vice president said.

"When there is justice for George Floyd, we will truly be on our way to racial justice in America. And then—as you said, Gianna—your daddy will have changed the world."

Biden also offered words of comfort to Floyd’s 6-year-old daughter, Gianna saying that she and other children shouldn’t have to feel the wounds of racism at such a young age.

“I know you have a lot of questions, honey. No child should have to ask questions that too many black children have had to ask for generations: ‘Why? Why is daddy gone?'” he said.

“Looking through your eyes, we should also be asking ourselves why the answer is so often too cruel and painful,” he said. “Why, in this nation, do too many black Americans wake up knowing that they could lose their life in the course of just living their life? Why does justice not roll like a river or righteousness like a mighty stream? Why?”

Floyd died on Memorial Day after he was stopped by Minneapolis stopped him for allegedly using a counterfeit $20 bill at a convenience store. Derek Chauvin has been arrested and charged with second-degree murder after he was seen on a bystander video placing a knee on Floyd’s neck. The other three officers have been arrested and charged with aiding and abetting his murder.

Tuesday’s service came after memorials in his birthplace and in Minneapolis after his death two weeks ago. He will be buried next to his mother at the Houston Memorial Gardens cemetery.