The Senator tells the talk show host that she doesn't want to abolish police departments, but to reimagine how they work within certain communities 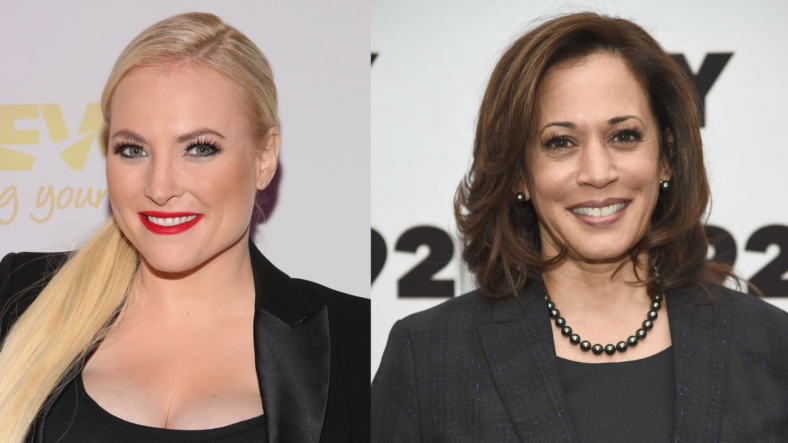 Democratic California Senator Kamala Harris addressed the idea of defunding police departments across the country Monday on The View in a brief clash with co-host Meghan McCain.

“Do you support defunding and removing police from American communities,” McCain asked. “And if not, why do you think there is such a hard time being differentiated right now between defunding and reforming police departments?”

Harris said that her understanding of the “defund the police” slogan is not about abolishing police departments, but changing the way we define safety in communities.

”I think that a big part of this conversation really is about reimagining how we do public safety in America,” Harris said, “We have confused the idea that to achieve safety, you put more cops on the street instead of understanding to achieve safe and healthy communities.”

Harris explained that in middle and upper-middle-class neighborhoods, the police presence is not as heavy as poorer communities.

Harris stated that the collective goal should be for all communities to be safe, and to understand that “safe communities are usually safe because they are healthy.”

McCain continued to push demanding a “yes or no” answer to the idea of defunding police departments. Harris countered in asking her how she is defining “defunding.” McCain stated that she doesn’t have a clear understanding of how it is defined in that the topic just came into her “understanding.”

Harris said that “in many cities in America, over one-third of their city budget goes to the police.” The senator argued that money could be going to social services and job training.

“We are not directing those resources, those public resources to where they need to b,e which is addressing mental health, homelessness, substance abuse so that we don’t have to have a police response because we are smarter,” she explained.