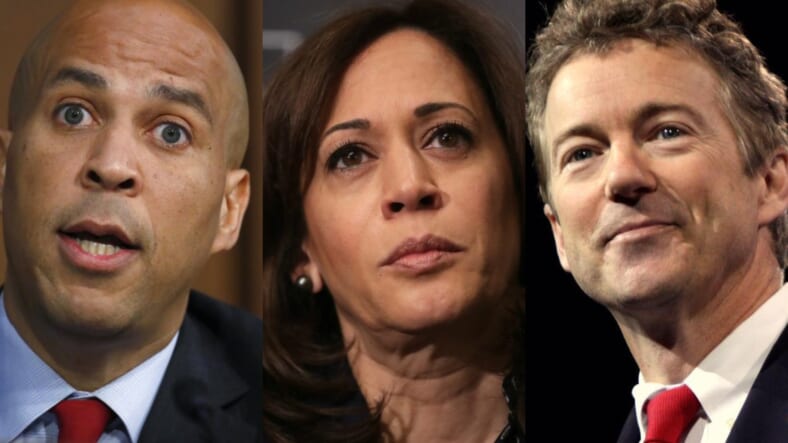 It became very emotional on the Senate floor as Democratic senators Kamala Harris and Cory Booker debated anti-lynching legislation that is being held up by Republican Sen. Rand Paul.

As the memorial for George Floyd took place in Minneapolis, Paul wanted to add an amendment to anti-lynching legislation named after Emmett Till, who was 14 when he was murdered in Mississippi in 1955. The Kentucky senator feels that the bill is too broad. 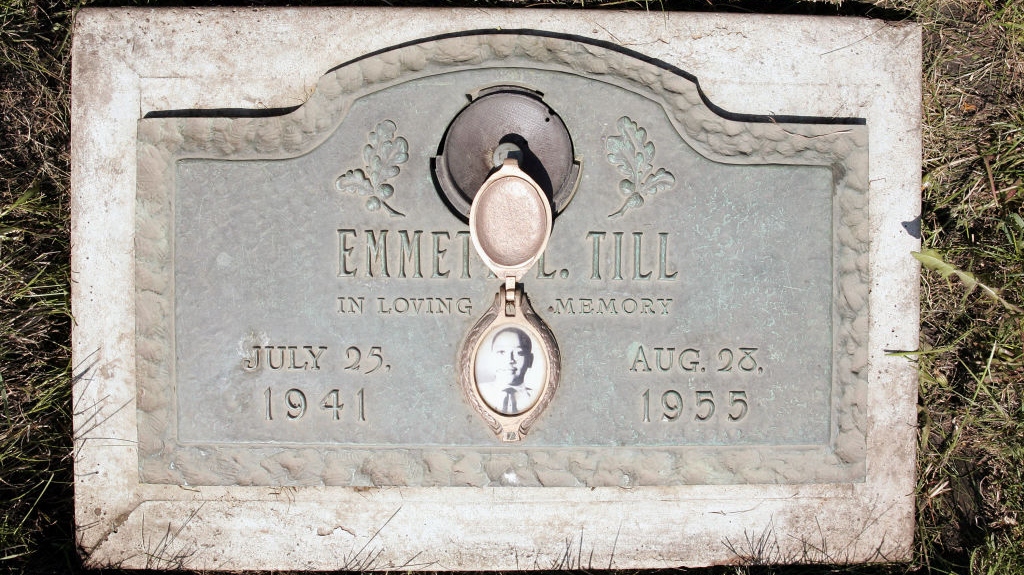 The landmark sign where Emmett Till’s brutalized body was discovered is being upgraded to bulletproof materials. (Photo by Scott Olson/Getty Images)

The bill would make lynching a federal hate crime punishable with life in prison.

Rand asked for unanimous consent before the bill, which has bipartisan support, was passed with his amendment. Booker and Harris both criticized Paul and Booker formally objected.

Booker said he felt “so raw today,” and added “of all days we’re doing this right now when God, if this bill passed today, what that would mean for America. That this body and that body have finally agreed.”

Sen. @CoryBooker: "I do not need my colleague, the Senator from Kentucky, to tell me about one lynching in this country. I've stood in the museum in Montgomery, AL, and watched African American families weeping at the stories of pregnant women lynched in this country." pic.twitter.com/HWXHl6iJ6e

Booker said that Paul was “one of the first hands I shook,” but strongly disagreed with his stance. He declared that the legislation would address generations of racial pain and hurt.

“I do not need my colleague, the senator from Kentucky, to tell me about one lynching in this country. I’ve stood in the museum in Montgomery, Alabama, and watched African-American families weeping at the stories of pregnant women lynched in this country and their babies ripped out of them while this body did nothing,” Booker said.

Harris, the only Black female senator, argued that Paul was trying to weaken a bill that had already passed in February. The House of Representatives voted 410-4 vote on the measure and the Senate was hoping to pass it by unanimous consent.

Imagine being the only black woman in the entire United States Senate and having to get up there — this week, literally while George Floyd’s funeral is happening — to defend an ANTI-LYNCHING bill because your colleague objects to it. pic.twitter.com/QmLA9Ub3uX

Harris also blasted Paul for insinuating that grave injury to the body is what would constitute as lynching.

“To suggest the nothing short of pulverizing someone so much that the casket would otherwise be closed except for the heroism and courage of Emmett Till’s mother … to suggest that a lynching would only be a lynching if someone’s heart was pulled out and displayed to someone else, is ridiculous.”

Paul’s amendment failed on Thursday and the anti-lynching legislation is now stalled. It will only go forward if Paul changes his mind or if the bill is changed.