The now-viral video has been a force for good not only for viewers on social media but for Johnniqua Charles that inspired it. 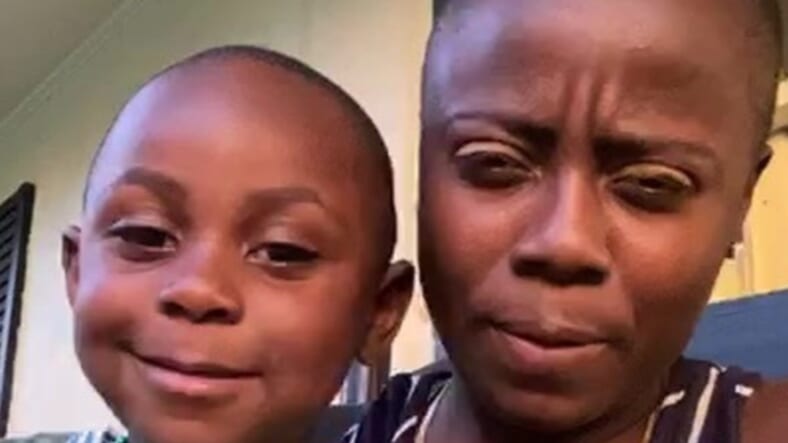 Sometimes life can take some unexpected turns. We’ve seen that happen on a global scale this year. Johnniqua Charles started out this year struggling. She was homeless, in the throes of addiction and estranged from her family but the words “You about to lose yo job” provided the impetus to change her life for the better.

READ MORE: Woman being arrested goes viral: ‘You about to lose your job!’

The South Carolina woman was at Diamond’s Gentleman’s Club in Dillon, South Carolina when she was detained by one of the club’s security guards, Julius Locklear. He is the one who posted the now-viral video on his social media page.

Locklear who also works in bail enforcement, posted the video on February 5, well before any protests. (Some who initially saw the video thought it might be linked to protests.) He said he posted it because he thought Charles’ rap was “lit.” Their interaction was recorded by a coworker as Locklear’s own body camera was malfunctioning.

Okay “IM NOT POSTING THIS TO BE FUNNY TOWARDS THIS SUBJECT””!!!!I’m posting it cause that rap was lit ????? like I…

Charles was detained because she had been told to leave the club twice, despite telling Locklear that she’d left her pocketbook inside.

“I guess he thought I was going back in just to go back inside the club, but he wouldn’t allow me, and that’s how the argument between me and him started,” Charles told Buzzfeed. “I told him to s**k my d**k, and that is the moment he basically put the handcuffs on me and tussled with me a little bit.”

Locklear said he was as entertained as anyone was by Charles’ spontaneous “Lose your job'”rap which she started singing as she was being held in handcuffs. As you can see from his post, Locklear just found it funny and wished he could put a beat to it.

“I just let her vent,” Locklear told Buzzfeed, “and exercise her freedom of speech.”

“The situation had nothing to do with race or discrimination,” he said. “You can see me handling it professionally and trying to keep a straight face, but I couldn’t.”

Though Locklear did call the local sheriff’s department, Charles was let go without any charges.

The video has since gone viral, racking up millions of views on social media and got the remix that Locklear wanted.

But it also inspired a change in circumstances for Charles as her family, who was caring for her 3-year-old son, Juju,  had been looking for her.

If “You’re About to Lose Your Job” isn’t nominated for Song of the Year, I’m protesting.

Not saying it should win. Everyone knows Cardi B’s “Coronavirus” has it locked.

She says she’d been doing sex work to support her addiction but through the video, her family was able to locate her and she’s now living with them again. Because Charles is not on social media, her sister, Andrea, saw the video as a way to help her sister stay on the right track.

She set up an Instagram, a T-shirt sale and a link to donate. All funds will go to help Charles and her son.

I’m glad this video touched many of you and made you smile. Thanks for all the love. -Johnniqua Charles

People have expressed that the comic relief of the video has helped them through some of the difficulties of recent times.

“Other people keep telling me I helped them so much, but they don’t understand — nobody understands — how much this video going viral like this is helping me, because it’s giving me the breakthrough I so badly needed for so long,” Charles told Buzzfeed.

Locklear is also receiving praise on social media for his lighthearted handling of the situation as well as for remaining calm in the situation. Others have noticed that he’s not exactly hard on the eyes.

“The cop is FINE as hell, damn,” said one user.

Also, Locklear still has his job.