Many forces behind alarming rise in virus cases in 21 states

Cases are rising in nearly half the states, a worrying trend that could worsen as people return to work and venture out during the summer.

Mike Stobbe, Associated Press
Medical workers in personal protective equipment (PPE) test for COViD-19 at Abyssinian Baptist Church, one of 11 churches across the city as well as Nassau County and Westchester that has begun testing for the virus on May 13, 2020 in New York City. (Photo by Spencer Platt/Getty Images) (Photo by Spencer Platt/Getty Images)

NEW YORK (AP) — States are rolling back lockdowns, but the coronavirus isn’t done with the U.S.

Cases are rising in nearly half the states, according to an Associated Press analysis, a worrying trend that could worsen as people return to work and venture out during the summer.

In Arizona, hospitals have been told to prepare for the worst. Texas has more hospitalized COVID-19 patients than at any time before. And the governor of North Carolina said recent jumps caused him to rethink plans to reopen schools or businesses.

There is no single reason to explain all the surges. In some cases, more testing has revealed more cases. In others, local outbreaks are big enough to push statewide tallies higher. But experts think at least some are due to lifting stay-at-home orders, school and business closures, and other restrictions put in place during the spring to stem the virus’s spread.

The virus is also gradually fanning out.

RELATED: Coronavirus spikes in 21 states and one is in crisis

“It is a disaster that spreads,” said Dr. Jay Butler, who oversees coronavirus response work at the U.S. Centers for Disease Control and Prevention. “It’s not like there’s an entire continental seismic shift and everyone feels the shaking all at once.” 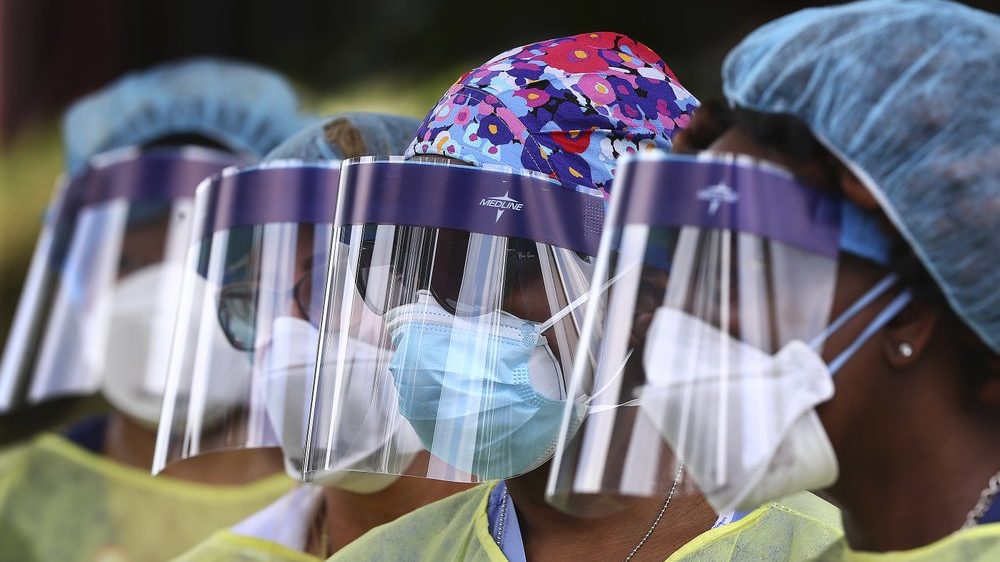 In this May 4, 2020, file photo, volunteers line up to begin taking hundreds of free COVID-19 tests at a pop-up site at the House of Hope in Decatur, Ga. (Curtis Compton/Atlanta Journal-Constitution via AP, File)

The virus first landed on the U.S. coasts, carried by international travelers infected abroad. For months, the epicenter was in northeastern states. More recently, the biggest increases have been in the South and the West.

The AP analyzed data compiled by The COVID Tracking Project, a volunteer organization that collects coronavirus testing data in the United States. The analysis found that in 21 states as of Monday, the rolling seven-day average of new cases per capita was higher than the average seven days earlier.

Here’s what’s driving increases in some of the states with notable upticks:

The state began seeing a surge of new cases and hospitalizations about 10 days later.

“It seems pretty clear to me that what we’re seeing is directly related to the end of the stay-at-home order,” said Will Humble, executive director of the Arizona Public Health Association.

It wasn’t just that the order ended: There were no requirements to wear face masks, no major increases in contact tracing to spot and stop evolving outbreaks, and no scale-up of infection control at nursing homes, he said.

“Those are missed opportunities that, if implemented today, could still make a big difference,” said Humble, a former director of the state Department of Health Services.

Testing has been increasing in Arizona, which increases the chance of finding new cases. But the proportion of tests that come back positive has also been on the rise.

The AP analysis found Arizona had a rolling average of fewer than 400 new cases a day at the time the shutdown was lifted, but it shot up two weeks later and surpassed 1,000 new cases a day by early this week. Hospitalizations have also risen dramatically, hitting the 1,200 mark last week.

Meanwhile Arizona hospitals on Tuesday reported they were at 83% of capacity, up from 78% the previous day. That could force affected hospitals to cancel elective surgeries. Rules established under an executive order Ducey issued in April said hospitals wanting to resume elective surgeries had to have at least 20% of their beds available.

In North Carolina, more testing plus more people out and about during reopening seem to be the main drivers of recent case upticks, said Kimberly Powers, an associate professor of epidemiology at the University of North Carolina. 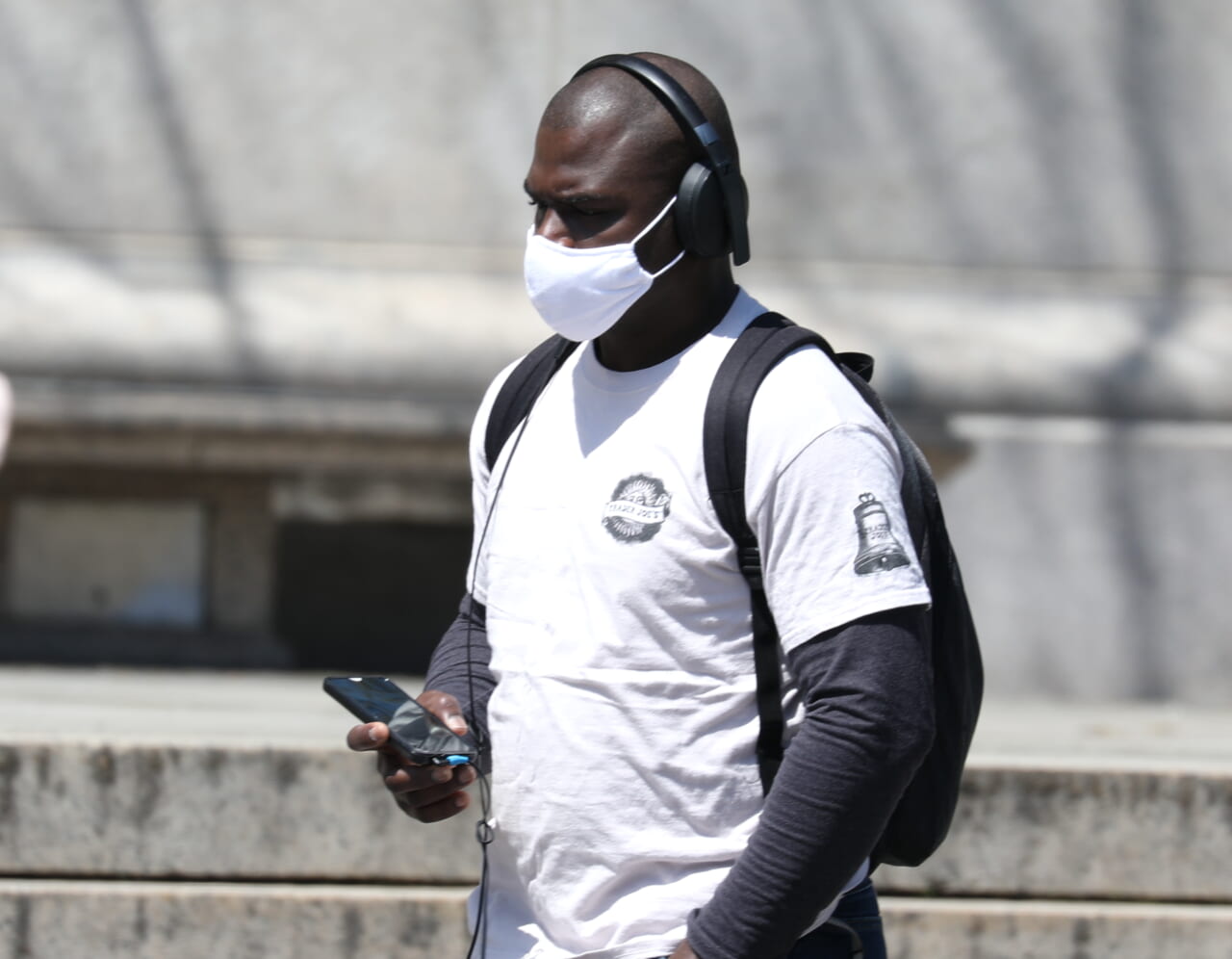 NEW YORK, NEW YORK, – APRIL 15: A young man wears a protective mask while listening on his headphone during the coronavirus pandemic on April 15, 2020 in New York City. Shelter-In-Place and social distancing continues across the city, emptying streets and businesses to curb the spread of the coronavirus, COVID-19. Worldwide, the coronavirus (COVID-19) pandemic has claimed over 120,000 lives and infecting over 1.9 million people (Photo by Rob Kim/Getty Images)

On Saturday, the state recorded its highest single-day increase, with 1,370. While testing has grown in the last two weeks, so has the rate of tests coming back positive.

“These trends moving in the wrong direction is a signal we need to take very seriously,” said North Carolina’s top health official, Mandy Cohen, who along with Democratic Gov. Roy Cooper has urged the public to take precautions to protect themselves.

But some state residents are not on board.

“I think they should start opening stuff a little bit more,” said Jason Denton, an electrician from Greenville who said one of his main concerns was getting to the gym.

Few states are rebooting faster than Texas, where hospitalizations surged past 2,100 on Wednesday for the first time during the pandemic. That’s a 42% increase in patients since Memorial Day weekend, when restless beachgoers swarmed Texas’ coastline and a water park near Houston opened to big crowds in defiance of Republican Gov. Greg Abbott’s orders.

Texas’ percentage of tests coming back positive has also jumped to levels that are among the nation’s highest. State officials point to hot spots at meatpacking plants and prisons in rural counties, where thousands of new cases have cropped up, but have not offered explanations for a rise in numbers elsewhere.

Abbott, who has recently begun wearing a mask in public, has shown no intention of pumping the brake on reopening a state where conservative protesters in May pressured him to speed up the timeline on getting hair salons back in business.

On Friday, Texas is set to lift even more restrictions and let restaurant dining rooms reopen at nearly full capacity.

In Alabama, outbreaks in nursing homes and poultry plants helped drive state numbers upward, though there was a drop more recently. But that may change — there is evidence of community transmission in the capital, Montgomery, which has become an emerging hot spot, said State Health Officer Scott Harris. 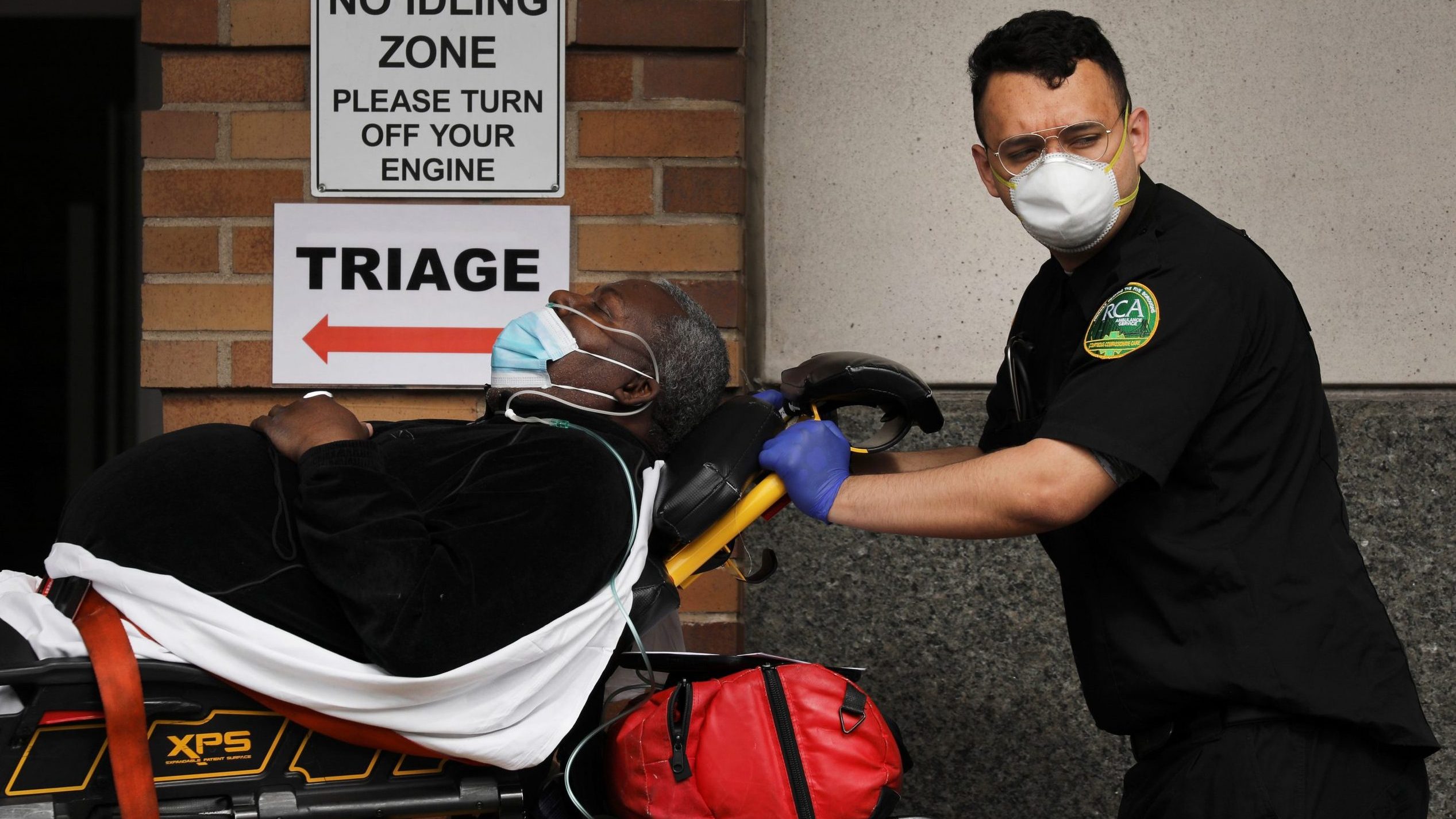 “I think reopening the economy gave a lot of people the wrong impression … that, ‘Hey everything is fine. Let’s go back to normal,’” Harris said. “Clearly, it is not that way. Really, now more than ever we need people to stay 6 feet apart, wear face coverings and wash their hands.”

Montgomery hospital intensive care units are as busy as during flu season.

“I can assure you that Montgomery’s cases are not going down, and if our community does not take this seriously, the virus will continue to spread, and at some point, our medical capacity will reach its limit,” Dr. David Thrasher, director of respiratory therapy at Jackson Hospital, said in a statement.

Arkansas has also seen increases — in cases, hospitalizations and the percentage of tests that come back positive. But the state’s situation is a complicated story of different outbreaks at different times, said Dr. Nate Smith, director of the Arkansas Department of Health.

After a peak in April, levels were low until spikes began about three weeks ago — mainly in the cities of Rogers and Springdale in the northwest and in De Queen further south. The cases have been concentrated among Hispanics and those who work in chicken production facilities.

Experts are wondering what will happen in the next week or so, in the wake of nationwide protests following the death of George Floyd at the hands of police.

The protests were outdoors, which reduces the likelihood of virus spread, and many participants have worn masks and taken other precautions. But it’s a lot of people close together, chanting, singing and yelling.

“Hopefully we won’t see a big spike. But those data aren’t in yet,” Humble said.