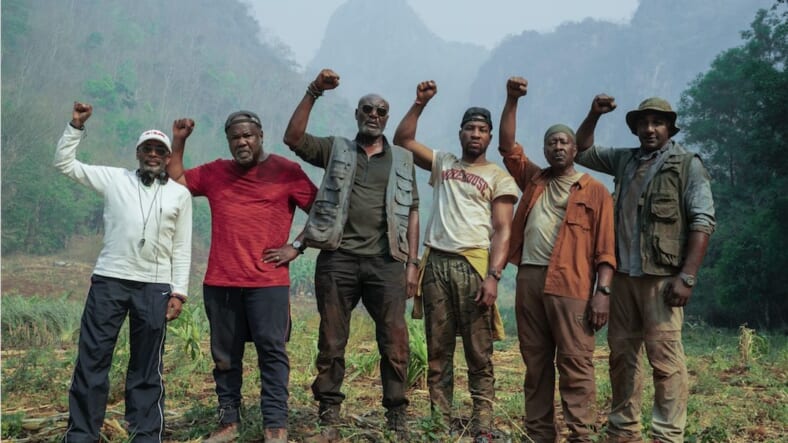 Spike Lee dropped a new joint Da 5 Bloods on Netflix today and it may be one of his best films yet.

Co-written by Lee, Danny Bilson, Paul De Meo, and Kevin Willmott, this captivating heist flick has so many powerful elements, it doesn’t easily fit into one particular genre. Instead, it’s a concoction of comedy, drama, suspense, and action sprinkled with documentary-style snapshots and historical footage that work together beautifully as the synopsis declares.

African-American vets battle the forces of man and nature when they return to Vietnam seeking the remains of their fallen Squad Leader and the gold fortune he helped them hide. The heroes battle forces of Man and Nature — while confronted by the lasting ravages of The Immorality of The Vietnam War.

This film is just too good to spoil so here are 5 reasons Da 5 Bloods is not to be missed:

The performances are incredible.

Despite recent decades apart, Paul (Delroy Lindo), Otis (Clarke Peters) Eddie (Norm Lewis), and Melvin (Isiah Whitlock, Jr. ) have a strong bond when they reunite in Vietnam in the present day. Each of these actors portrays their complex characters masterfully, seamlessly balancing the comedic moments with the somber realities they’re grappling with.

Chadwick Boseman is equally haunting and charismatic in this supporting role and Lindo does a particularly perfect job displaying the anguish that’s bubbling just beneath the surface. The chemistry between these actors is palpable and the love shared between these Black men is something rarely captured in film.

Entertaining as it is, this film is a history lesson for sure. It opens with a montage of moments that range from protests and marches to the moon landing and Agent Orange; painting a picture that spans several decades and touches on battles we have been fighting from slavery to the civil rights movement and beyond.

Somehow, Da 5 Bloods captures our community’s history of coping (or not coping) with the trauma of living in this country while Black. It also makes it clear that Black lives didn’t matter when the government was shipping our men to Vietnam to fight for a country that hated them and in 2020, not much has changed.

For such a powerful and important film, Da 5 Bloods is still an action-heavy heist flick at heart and a damn good one. The story twists and turns enough to keep you guessing until the end and the bloody battles are, well…bloody. Even though the remaining four “Bloods” may be past their prime, prepare to be impressed by their moves while dodging dangers like land mines and the jungle.

References to films like Apocalyse Now and Lee’s Miracle at St. Anna are sprinkled in as well; helping to widen the net this brilliant film casts. Among the many issues, it attempts to unpack are mental illness, paternal relationships, financial ruin, divorce, racial tensions, poisonous politics, drug abuse, shame and regret, and so many more. Watching these men contend with their demons, both internal and external illuminates the weight of the load we all carry around.

It couldn’t be more timely. 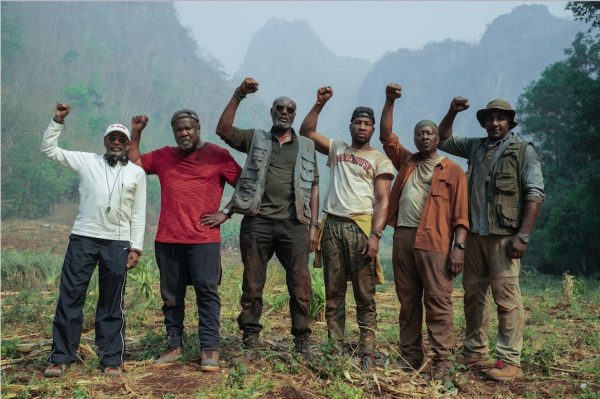 The timing of this film’s release is eerily perfect for what our nation is going through right now. Of course, no one could have known that the social climate would shift so drastically and so tragically, creating an urgency that couldn’t have been there when production began.

Reconciling the subjects this film examines with the reality playing out in real life is an experience in itself and it’s impossible not to reflect on the endless loop our history is running on. It’s a perfect portrait of where we have been and where we still are.