'Why so much hate?' says Brackins of Lisbon, Ohio 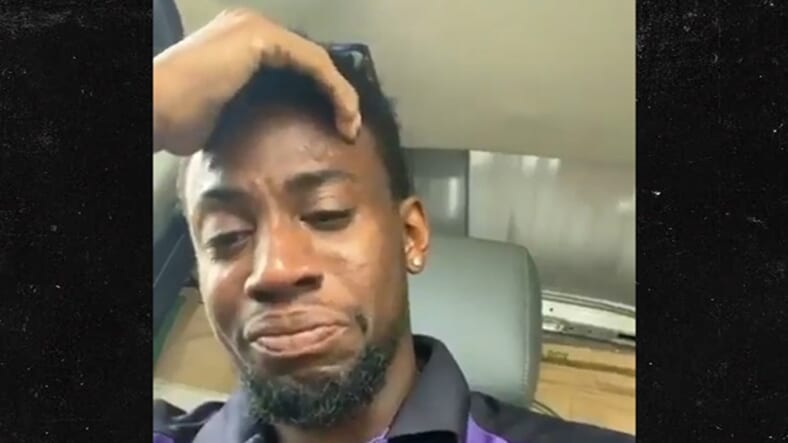 Black FedEx driver Brandon Brackins was attacked and called the n-word while on the job, TMZ reported.

On Wednesday, the 23-year-old was delivering packages in Lisbon, Ohio, a rural area, when suddenly a “hick” driver ambushed him when he was retrieving packages from his truck, nearly hitting Brackins.

The purported racist yelled at Brackins, calling him the n-word and spitting on him as well.

Brackins took his frustration onto social media, upset and unable to work because his attacker is a racist after the weeklong nationwide unrest about Black lives mattering.

The driver, according to Brackins’s tearful video, drove away. Brackins resumed his packaging routes.

In response to the attack, the residents of Lisbon have plastered signs that read “Hate Has No Home Here” on their property, according to Heavy.

“We want to plaster Lisbon with these to show ALL are welcome here and to also send a message to the racist idiot who assaulted this young man,” Christine Schreffler, a resident, wrote on Facebook.

The signs are selling for $10 and intended to show solidarity and support for Brackins.

The Mayor of Lisbon Peter Wilson said a police report got filed and an investigation is expected, WKBN reported.

FedEx has not publicly commented on the situation, but on June 12, the company posted a tweet about inclusivity and treating others with respect.

The conversation about treating people with respect, dignity, and acceptance is one that is necessary and one we must keep going. And now, more than ever, it is a priority. pic.twitter.com/GPbG4nE3zd

“Organizations dedicated to inclusion play a vital role in achieving an equal and just society, FedEx wrote in a tweet. “Our role as a company is to help strengthen that work. We are proud of the missions and initiatives we support that are promoting, inclusion, teaching acceptance, and providing advancement for the African American community.”