The young girl shared photos of the gift on her Instagram account, which was created in the wake of the police killing of her father, George Floyd. 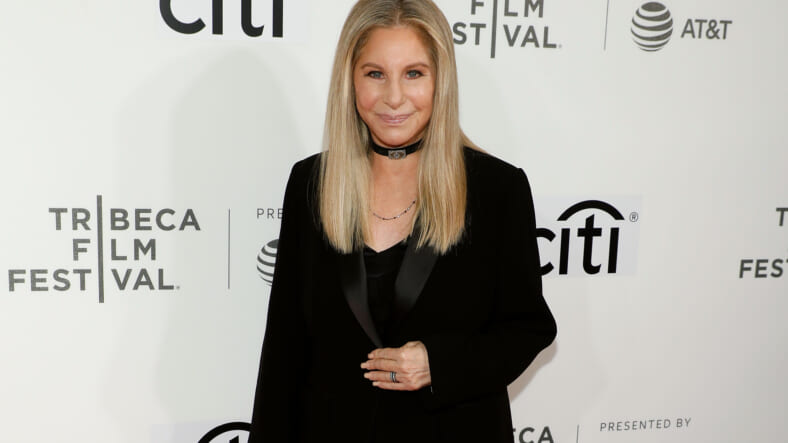 Gianna Floyd is now a Disney shareholder after Barbra Streisand gifted the 6-year-old with shares in Disney.

The young girl shared photos of the gift on her Instagram account, which was created in the wake of the police killing of her father, George Floyd, in Minneapolis. The account has nearly 60,000 followers.

“Thank you @barbrasteisand for my package,” Gianna’s Instagram post reads. “I am now a Disney stockholder thanks to you.”

The dollar value of the gift of shares in Walt Disney Company is undisclosed. Streisand also sent the girl copies of two of her studio albums, My Name is Barbra and Color Me Barbra.

Thank You @barbrastreisand for my package, I am now a Disney Stockholder thanks to you ???

George Floyd was killed after a Minneapolis police officer kneeled on his neck for nearly nine minutes, prompting global protests and unrest. Gianna became a household name several days later when a video was posted where she was seen saying, “Daddy changed the world!”

Other organizations have been moved to support the young girl, including Texas Southern University in Houston, which has offered her a full ride scholarship. Alpha Kappa Alpha Sorority, Inc., has also extended a scholarship to George’s daughter and his two granddaughters, Taleiaha and Journi.

“Since our founding in 1908, Alpha Kappa Alpha has endeavored to build a better world or African Americans by serving the community, advancing higher education, and fighting for social justice,” the Black Greek organization said in statement, adding that they hope the financial support for the young women will help “assist them on their path to success.”

A GoFundMe account posted by her family created a trust for the girl, which has generated over $2 million.

The fund was established “to help provide mental and grief counseling for George Floyd’s youngest child, lodging and travel for all court proceedings, and to assist Roxie (Gianna’s mother) in providing for their child’s continued well-being and education.”

The George and Gianna Floyd Foundation was recently launched in Houston.