The NFL is planning for a season this year, but will the COVID-19 virus endanger it? 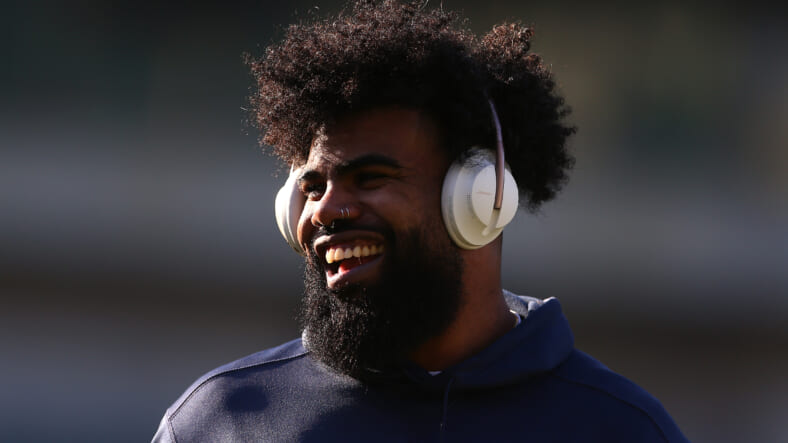 Ezekiel Elliott #21 of the Dallas Cowboys before the game against the Philadelphia Eagles at Lincoln Financial Field on December 22, 2019 in Philadelphia, Pennsylvania. (Photo by Mitchell Leff/Getty Images)

Will there be a 2020 NFL season? The league is planning for one but today, it was revealed that several NFL players, including Dallas Cowboys running back Ezekiel Elliot, have tested positive for the coronavirus.

Yahoo Sports reports that Elliot, 25, the team’s starting running back, is among players from the Cowboys and the Houston Texans who have tested positive for the COVID-19 virus that started a global pandemic out of Wuhan, China late last year.

Ian Rappoport of the NFL Network was the first to report Elliott’s test results but did not name any other players.

Several #Cowboys players & several #Texans players have tested positive for COVID-19 recently, sources tell me & @TomPelissero. None of the players are believed to have been in their team facilities. The teams followed proper health protocols.

While Elliot didn’t deny the positive test and said he’s feeling good, he questioned how that information had leaked to reporters.

#Cowboys star RB Ezekiel Elliott is one of the players who has tested positive for the Coronavirus, his agent Rocky Arceneaux confirmed to me. Arceneaux said Elliott is feeling good.

Elliot said his agent had been fielding calls before they publicly announced the news and wondered via his Twitter account if the information leaking was a HIPAA violation. That led the term to trend on social media Monday afternoon.

At this point, Elliot is the only player on the two teams whose name has been released. 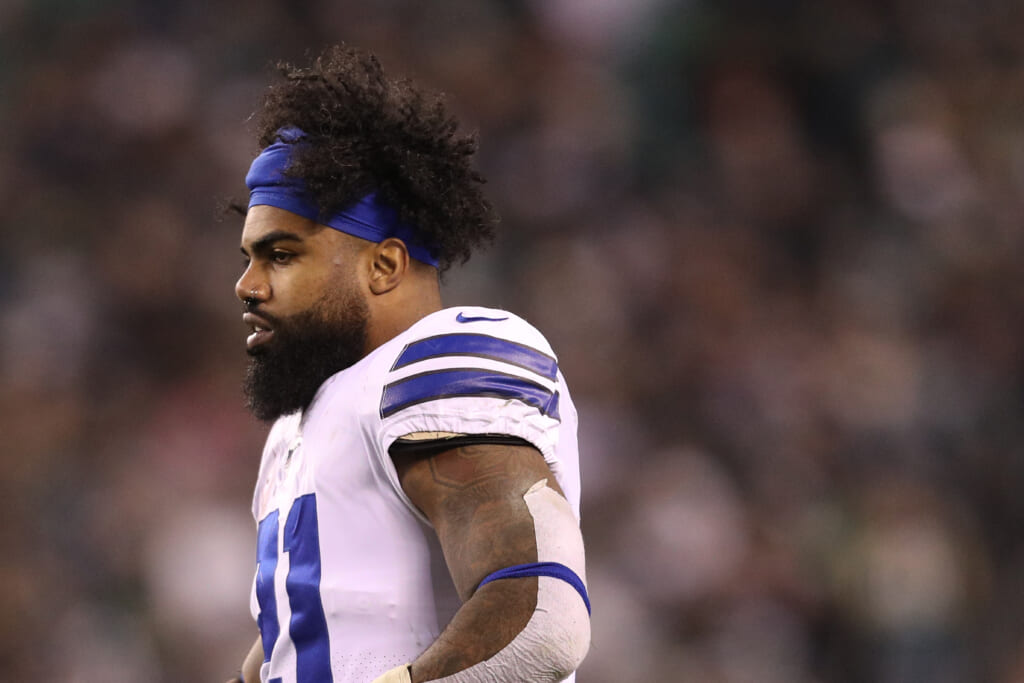 Ezekiel Elliott #21 of the Dallas Cowboys looks on against the Philadelphia Eagles at Lincoln Financial Field on December 22, 2019 in Philadelphia, Pennsylvania. (Photo by Patrick Smith/Getty Images)

“Due to federal and local privacy laws, we are unable to provide information regarding the personal health of any of our employees,” the team said in a statement released on their official website. “We are following all CDC, local and NFL guidelines to keep our facilities safe, including limiting employee access.”

Reports say the players were not exposed to the virus in a team facility as those have been shuttered for months. However, Elliot, former Cowboy Dez Bryant and Cowboys quarterback Dak Prescott were criticized for a gathering at Prescott’s home and for practicing together, along with Broncos wide receiver Fred Brown, with little social distancing in place.

The NFL has discussed a shorter postseason but today it appears they will attempt to get the season off in August when preseason normally begins. College football, which has had athletes returning for workouts this month, has also experienced several positive tests amongst its ranks, with players testing positive at Auburn and Alabama.