The NFL still has a long way to go if they don't take on the elephant in the room says one of its top stars. 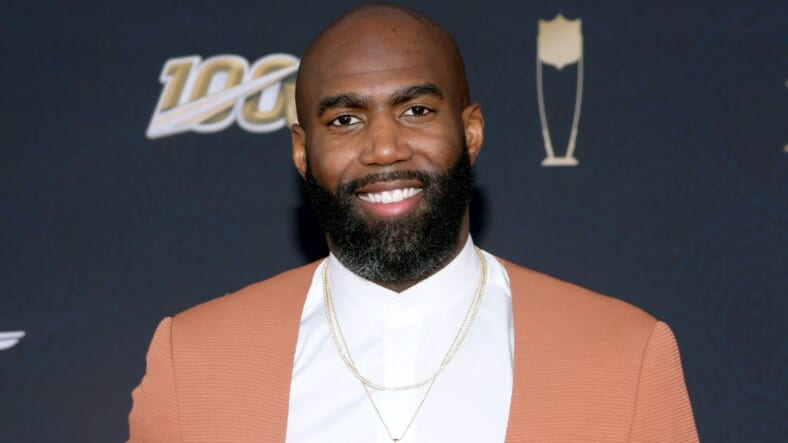 Though the NFL has come out openly in support of Black Lives Matter in an unprecedented video, and announced today that they would contribute $250M to a fund to address racial inequities, New Orleans Saints star Malcolm Jenkins says it means little until the league apologizes to Colin Kaepernick.

He appeared on CBS This Morning to say that while the league has made some strides in acknowledging they were wrong about NFL anthem protests that league commissioner Roger Goodell didn’t explicitly state his support for Kaepernick in the video.

“I still don’t think they’ve gotten it right. Until they apologize specifically to Colin Kaepernick, or sign him to a team, I don’t think they will end up on the right side of history,” Jenkins told CBS This Morning anchor Gayle King.

“At the end of the day, they’ve listened to their players, they’ve donated money, they’ve created and Inspire Change program, they’ve tried to do things up and to this point but there’s one player they haven’t acknowledged and that they’ve ignored and that’s Colin Kaepernick.”

Jenkins said that anything that happens from here on out is empty if the league doesn’t address that Kaepernick who kneeled in the first place to protest police brutality in the wake of the deaths of Michael Brown, Tamir Rice, and others.

Jenkins, who won Super Bowls with the Philadelphia Eagles and with the New Orleans Saints just returned to New Orleans after six seasons with the Birds. An outspoken advocate for social justice, Jenkins participated in anthem protests and founded the Let’s Listen Together initiative to foster dialogue between police and the community.

Before he even had a chance to fully enjoy his reunion with the Saints, he had to contend with New Orleans Saints quarterback Drew Brees saying that he didn’t support anthem protests.

Jenkins said in an emotional video posted to Instagram that he thought of Brees as an ally.

“If you don’t understand how insensitive and how hurtful your comments are,” he said in the video, “You are part of the problem.”

Jenkins also said that he and Brees had talked beforehand but that he posted the video anyway because he wanted allies to understand how important it was to be mindful of their words.

As I was trying to muster up the energy and find the words to address Drew Brees’s comments I recorded this video. Before I could post it, Drew reached out to me to discuss his point of view. All in all, I’m still posting this video because it’s important for anyone who wants to consider themself an ally to know how these words and actions affect those who you want to help. Drew’s words during his interview were extremely painful to hear and I hope he rectifies them with real action.

Jenkins said that he had no idea whether or not Kaepernick will be on an NFL team next season but does believe that anthem protests may continue.

“I’m sure there are guys that are more motivated than ever to get involved, whether its through protest or advocacy or their own charities. I think there’s definitely going to be a larger participation from athletes on social activity in general but whether that translates into kneeling or anthem protests, that’s yet to be seen,” Jenkins said.