The irony of ‘Corporate Chucks’ marching for Black lives

OPINION: Shaun Harper uses the example of 'Chuck' to highlight the contradictions of white executives championing anti-racism without creating real change in the boardroom 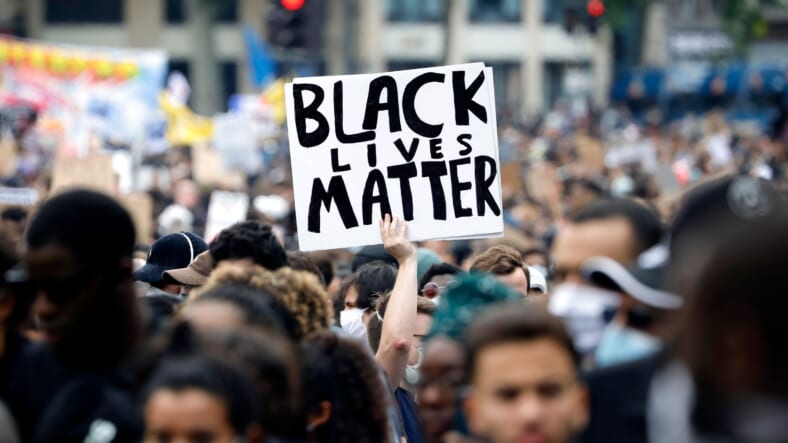 The only Black people left in Chuck’s division are secretaries. Since arriving four years ago, he’s never hired a Black manager. Chuck has promoted none of the extraordinarily accomplished Black professionals who showed tremendous promise for ascension to leadership roles before he came.

Back in February, the Black Employees Network asked if they could have $100 to buy pizza for their next event — Chuck said he didn’t have it in his budget.

Two years ago, this same group asked Chuck if their company could sign onto a corporate petition calling for more action on our nation’s Black maternal health crisis — he said no, the company can’t take public political stances. They tried to get Chuck to recruit a Black woman from another company who is a leader in their industry — he said it wasn’t worth the effort because her salary expectations would surely be too outrageous, definitely unaffordable.

READ MORE: Do Black lives matter enough for you to us hire for leadership position 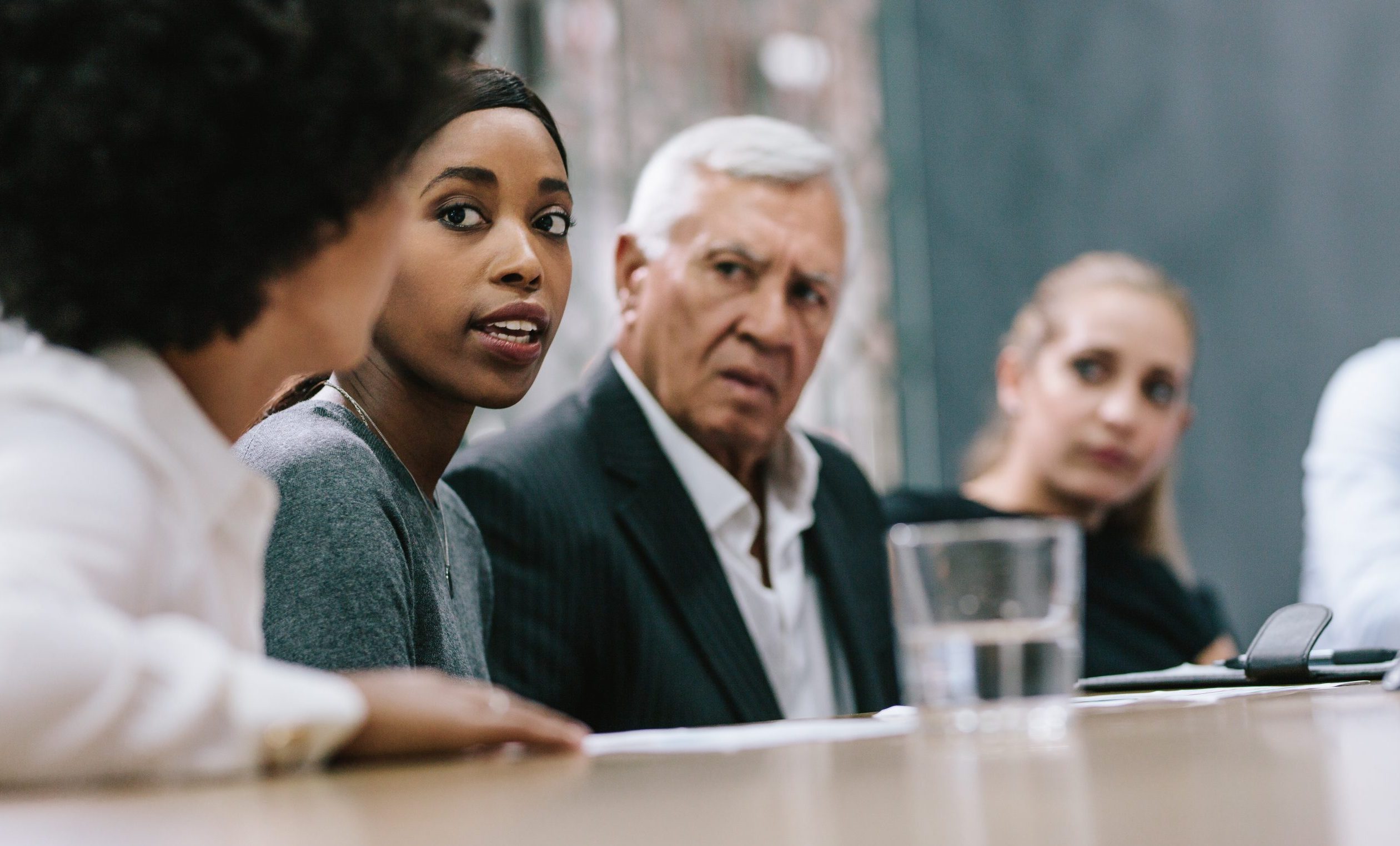 Chuck probably doesn’t remember because he had too many drinks, but at last year’s holiday party he asked Ciara, a Black employee from another division, if he could have special permission to use the n-word just once in a story he wanted to tell her. Ciara said no. He ran his fingers through her braids and danced along to someone else.

Wait, did Chuck just send a George Floyd email to all employees saying something about anti-Blackness and proclaiming that Black Lives Matter? Is that Chuck on MSNBC marching through his gentrified neighborhood in a peaceful protest rally? And do the words on the poster he’s carrying really say Black Lives Matter? 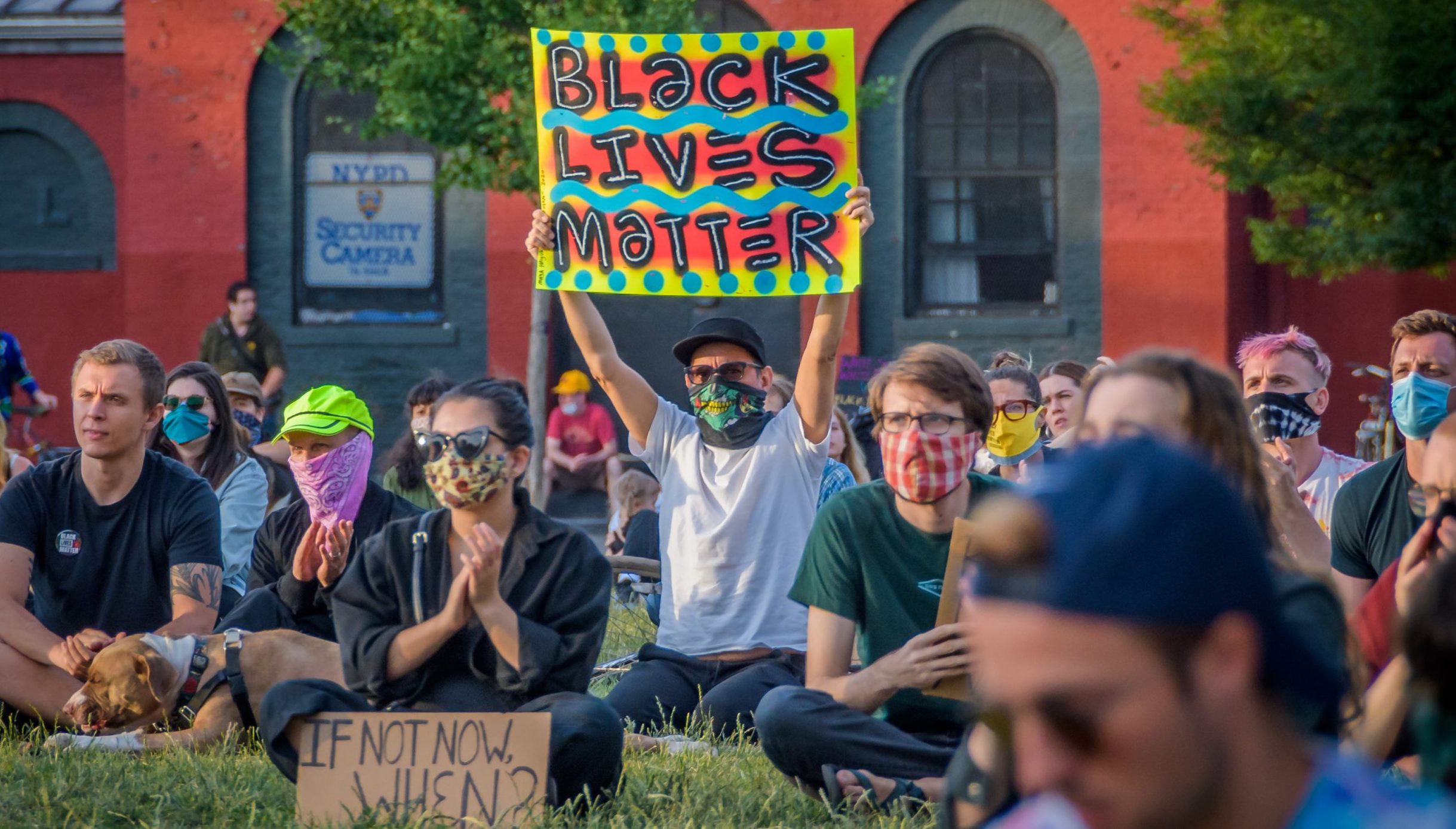 A participant holding a Black Lives Matter sign at the protest. (Photo by Erik McGregor/LightRocket via Getty Images)

Then there was #BlackOutTuesday, the day Chuck posted just one thing to his Twitter, Facebook, LinkedIn, and Instagram accounts: a black square. Chuck proudly stood next to the CEO in the press conference at which the company announced it is giving $1 million to Black causes across the country. Really, Chuck?

READ MORE: Dear White People: Keep that same energy when the protests are over

Maybe Chuck actually took time to watch all 8 minutes and 46 seconds of the video of Derek Chauvin, a white police officer, killing George Floyd. Did that do it? Or was it Karen, Chuck’s wife, who explained to him that Floyd’s murder wasn’t an isolated incident and urged him to listen to what Black people on the news were saying?

Did the agony and outrage Chuck saw inspire him? Perhaps Chuck and Karen were sick of being confined to their home for three months during the global pandemic and thought that marching would be a nice way to get some fresh air and be part of history. It was Trevor, Chuck’s teenage son, who brought to his attention to the fact that other executives in his industry were participating in #BlackOutTuesday — “how cool is that,” Chuck replied as he began reaching for his cell phone to do the same.

Believe it or not, it was Chuck who recommended to the CEO that the company donates $1 million to Black-led organizations with racial justice missions. His boss initially rejected the idea. But Chuck offered a persuasive three-point response:

(1) their company would look more committed than its main competitor, which gave only $500,000; (2) Black people would be impressed by their commitment, spend more money on their products and services, and therefore the investment would be almost instantly recouped; and (3) $200 million of unspent funds remained in the company’s annual corporate social responsibility account, hence committing 0.5 percent of that to the movement for Black lives, just this once, wouldn’t be a big deal.

The CEO, other executives, and most importantly, the company’s board of directors were convinced that Chuck’s idea was brilliant. Although the CEO took full credit during the press conference, he did publicly praise Chuck for his commitment to diversity and inclusion in an email sent to everyone in the company immediately after.

This all leaves Black employees quite confused. They don’t know what to make of their company’s actions. And they most certainly do not know what to do with Chuck, whom they are certain will repeatedly contradict himself within two months, possibly sooner.

Meanwhile, they are reminded every day of Chuck’s participation in a June 2020 march for Black lives — there’s a framed protest photo of him and Karen on his desk, and a slightly scuffed Black Lives Matter poster hanging on the wall. Despite this, it remains the case that the only Black people in Chuck’s division are secretaries.

Shaun R. Harper is a Provost Professor in the Marshall School of Business at the University of Southern California. He also is founder and executive director of the USC Race and Equity Center.