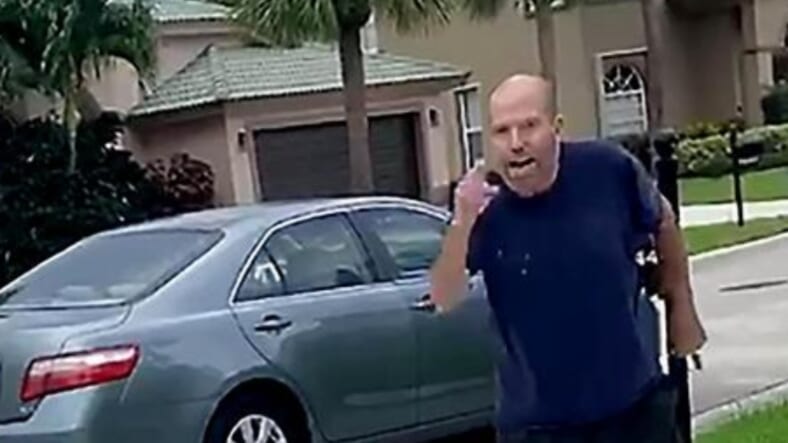 A racially-charged encounter between two teenagers and an unidentified man in Palm Beach has stunned residents this past weekend.

According to The Palm Beach Post, the altercation took place Sunday when 15-year-old Breonna Nelson-Hicks was followed to her friend’s home by an irate resident.

READ MORE: T.I. joins calls for Georgia officer to be fired after holding 5 teens at gunpoint

According to her grandfather, Tony Nelson, a 33-year Wellington resident — and a member of one of the area’s first Black families – that afternoon his granddaughter and four other teens were riding around their neighborhood in a golf cart when a stranger began following them in his Toyota sedan.

When the boy driving the cart tried to pull over to the side of the road to allow the vehicle to pass them, the car remained behind them while shooting them dirty looks.

According to a police report filed that afternoon, the group was frightened and split up and opted to walk the rest of the way to one of their homes.

But as Nelson-Hicks and her friends approached her house, that’s when they say the man stopped his car and began yelling at them. This is when the teens decided to pull out their phones and recorded about a minute and a half his tirade.

“I don’t care if you take my picture … because you don’t belong in this development,” the man can be heard yelling. But it was noted that he was only yelling at Nelson-Hicks who is Black and not her white counterparts.

“What’s your name?” the man asked her directly to which she responded, “I live here.”

“Why would I tell you any of this?” one of the girls can be heard pushing back.

“OK, I’m going to call the gate and have you all arrested,” the man said, then telling the Black teen specifically, “You do not deserve to be in here.”

Palm Beach Sherriff’s Office spokeswoman Teri Barbera stated in an email that the man claimed he “almost hit the golf cart being driven by” the teenagers. Deputies spoke to all those involved and determined no crime was committed.