Anthony Brennan III said he is sick with remorse for the pain and fear I caused the victims on the trail. 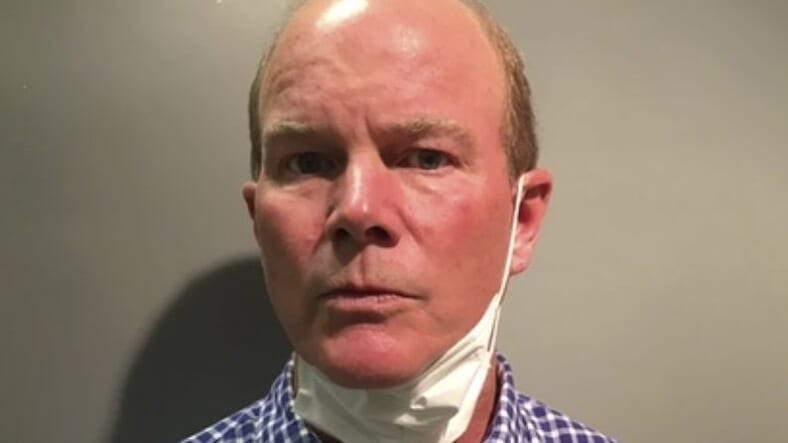 BETHESDA, Md. (AP) — A Maryland man charged with assaulting three teenagers after a video showed him grabbing a protest flyer from one of teens is apologizing.

In a statement released by his lawyers, 60-year-old Anthony Brennan III of Kensington, Maryland, said he is “sick with remorse for the pain and fear I caused the victims on the trail.”

Maryland-National Capital Park Police said Friday night that Brennan was charged with three counts of second-degree assault. The widely seen video shows an adult cyclist grabbing the wrist of a woman on June 1 and then ripping a flyer from her hand. With his bicycle, he then bears down on another victim who was recording the incident.

Efforts on Social media to find the attacker prior to Friday’s arrest resulted in multiple men being wrongly identified as the attacker by Twitter users.

Police said the incident occurred on the Capital Crescent Trail, which runs from Washington D.C. into Montgomery County, Maryland.

The three victims, between the ages of 18 and 19, said they were putting up flyers promoting justice for George Floyd. Bystander video showed a Minneapolis police officer pressing his knee on Floyd’s neck for nearly nine minutes, ignoring his cries of “I can’t breathe.”