Robinson, 22, died of 'compressional asphyxia' which mirrors the conclusion by Minneapolis investigators in the death of George Floyd 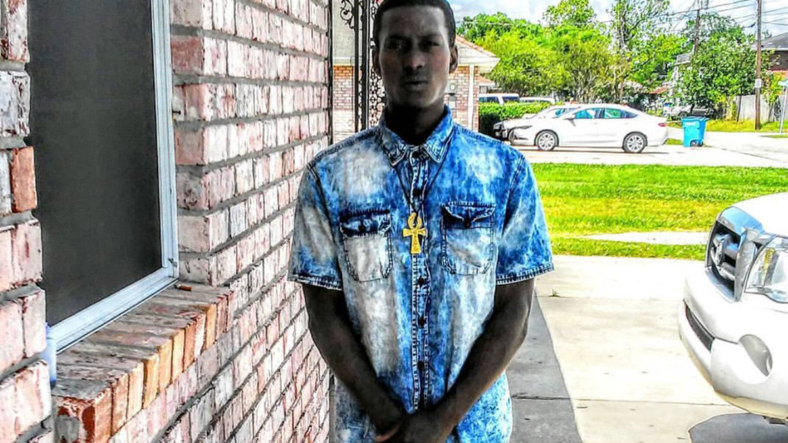 Two years after a coroner ruled Keeven Robinson’s death a homicide, all four officers involved in the incident, remain employed and not charged.

The coroner says the cause of Robinson’s death was consistent with someone choking, grabbing or leaning on Robinson’s neck.

Undercover detectives tracked down Robinson on May 10, 2018 at a gas station in Metairie, right outside New Orleans, and tried to arrest him after an informant tipped off police that he allegedly bought drugs from Robinson.

Authorities said when the detectives pulled up to the business in unmarked cars and tried to box him in near the front of the store. Robinson hopped back into his car and sped off.

The vehicle chase ended after Robinson crashed into several of their vehicles about a block away. Investigators say he then fled on foot, hopped some fences, and eventually got into a scuffle with the officers.

Once Robinson was handcuffed, the detectives said they realized he had stopped breathing. They performed CPR and rushed him to a nearby hospital where Robinson later died.

The family filed a wrongful death lawsuit, seeking an unspecified amount of damages. It claims deputies were not justified when they allegedly killed Robinson while attempting to arrest him, and that the agency failed to properly train and supervise the officers involved.

It is unclear whether they have ever returned to regular duty.

READ MORE: Family demands answers after man chased down and strangled by police

As of June 19, the Sheriff’s Office did not respond to any questions from theGrio or make any comment about the job status of the agents, who are all white.

All of the four Jefferson Parish narcotics agents implicated in Robinson’s death have been defendants in civil rights lawsuits in the past, which allege excessive force in unrelated cases.

After Robinson’s death in 2018 the Jefferson Parish Sheriff Joe Lopinto said at a press conference “The reality of it is they were in a fight with this gentleman.”

When asked if police used a chokehold he told reporters that officers are “not forbidden from doing that, but they’re not trained … to do that on a normal basis.”