Family demands answers after man chased down and strangled by police 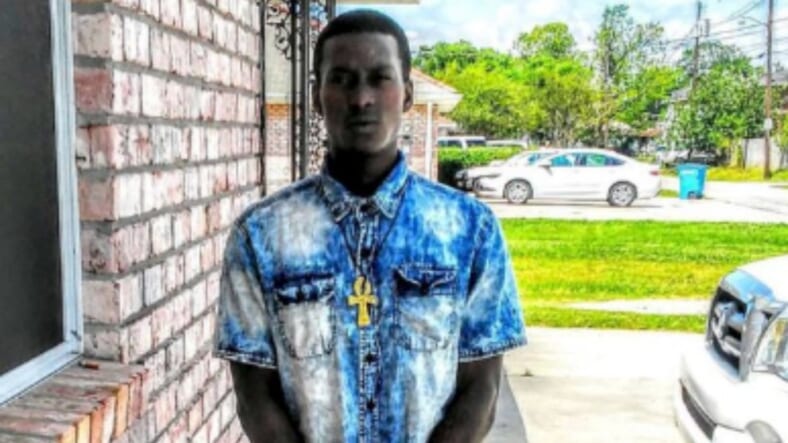 Keeven Robinson’s death has been ruled a homicide, according to Jefferson Parish Coroner Dr. Gerry Cvitanovich in New Orleans, after the Black man was reportedly chased down by police and strangled in the backyard of a home.

In a case that has eerily similar markings to the Stephon Clark killing, Robinson was pronounced dead while in custody of Jefferson Parish Sheriff’s Office detectives, reports Nola. Police were pursuing 22-year-old Robinson, who was believed to be part of a drug investigation.

Robinson died of compressional asphyxia, and an autopsy showed that he had “significant trauma to the neck and the soft tissue of the neck,” Cvitanovich said.

The four detectives involved in the suspicious arrest have been reassigned to administrative duties pending the outcome of the investigation. Jefferson Parish Sheriff Joseph Lopinto said Robinson was being pursued for dealing drugs. He allegedly fled the scene when detectives spotted his vehicle and a chase ensued.

Robinson crashed his vehicle and hopped several fences before officers accosted him in the backyard of a home and there was a struggle. He stopped breathing during that struggle, Lopinto said.

Robinson was taken to Ochsner Medical Center but could not be revived by medical personnel.

The family now have some answers after demanding for transparency in the case.