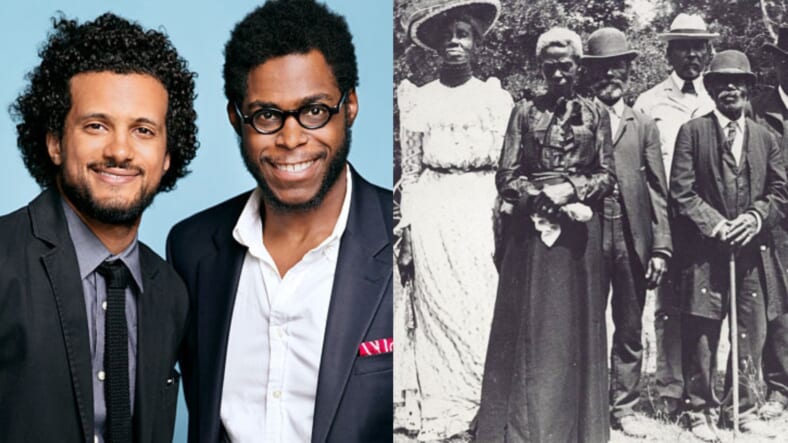 Morehouse College graduates and filmmakers Julius Pryor and Marttise Hill have launched a PSA as a call to action for Americans to learn more about Juneteenth and to vote in the upcoming 2020 election in November.

The one-minute project created by Pryor and Hill’s production company, Pryor Hill Productions, gathers a diverse group of Americans who recite Union Army General Gordon Granger‘s “General Order No. 3,” which he issued on June 19, 1865 to the enslaved people of Galveston, Texas that, in accordance with President Abraham Lincoln‘s Emancipation Proclamation, all slaves are free.

The people Galveston, of course, did not learn of their freedom until more than two years after slavery was abolished in America.

The performances in the PSA, the filmmakers says, are meant to evoke the range of emotions the formerly enslaved likely felt when hearing the general order for the first time. As the video reaches the climax of the order, “America the Beautiful” can be be heard playing in the background.

It was written and directed by Hill and produced by Pryor.

“We made this PSA as a gesture of support to the movement for Juneteenth to be celebrated as a national holiday. Julius and I both grew up going to Juneteenth celebrations as kids in our respective hometowns, St. Louis, MO for me and Atlanta, GA for Julius,” Hill told theGrio.

“We chose to use the speech ‘General Order #3’ because we wanted to start from the beginning of the Juneteenth history in an organic way. Present the speech and let audiences take from it what they want. It’s a complicated text that left us still when we first read it. As filmmakers we know the power of media to change hearts and minds. We believe this PSA has the ability to do just that.”