The former president who supported marriage equality in 2015, will appear in support of the LGBTQ+ community.

Stephanie Guerilus
In this screengrab, former President Barack Obama speaks during Graduate Together: America Honors the High School Class of 2020 on May 16, 2020. (Photo by Getty Images/Getty Images for EIF & XQ)

Former President Barack Obama will be making an appearance at Pride Live’s third annual Stonewall Day and deliver a special message to the LGBTQ community.

The organization announced Tuesday that Obama would be a part of a line up of guests that includes Taylor Swift, Cynthia Erivo, Christian Siriano, George Takei, Donatella Versace, and others for the global Livestream event that commemorates the 1969 Stonewall Riots. It will air live on Friday, June 26, hosted by trans advocate and model Geena Rocero. 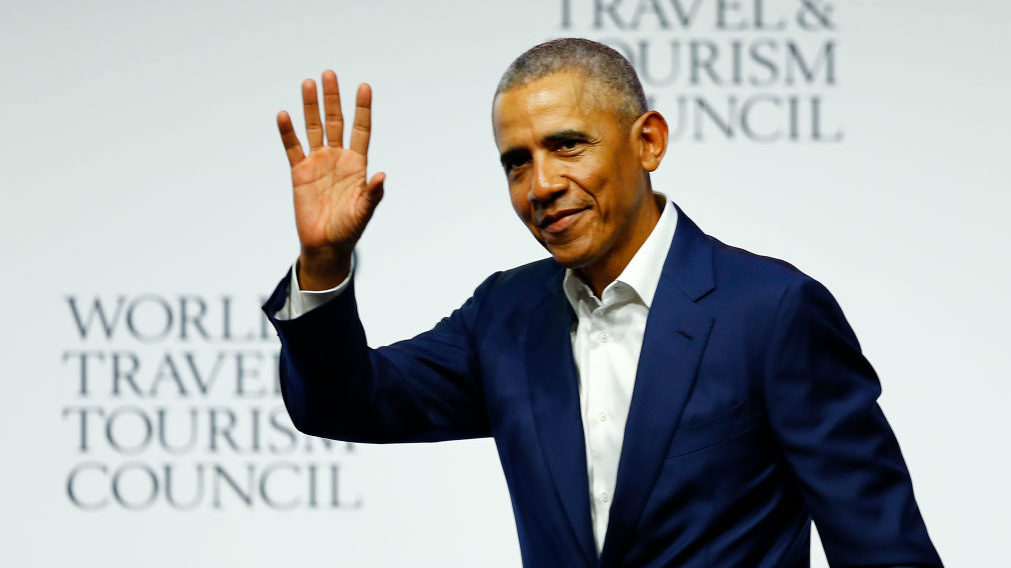 “As a trans woman and immigrant born and raised in the Philippines, it’s an honor to host a Pride event with such world-renowned talent,” Rocero told PEOPLE. “Working with Pride Live, we will ensure that Stonewall Day and its messages of community and resiliency reach LGBTQ people all over the world, especially LGBTQ people of color.”

Pride Live is honored to welcome President @BarackObama to our global livestream event this Friday, June 26! Barack Obama served two terms as the 44th President of the United States and was the first African-American to hold the highest office in the nation. He previously served as State and U.S. senator from Illinois. ⠀ ⠀ During his time in office, President Obama supported and promoted LGBTQ+ equality and rights. His administration repealed Don't Ask, Don't Tell and filed briefs that urged the Supreme Court to strike down same-sex marriage bans as unconstitutional. Same-sex marriage was legalized nationwide in 2015 after a landmark Supreme Court ruling. President Obama is highly regarded as one of the greatest American presidents in our modern times. ⠀ ⠀ Pride Live is proud to have President Barack Obama as part of our digital event, in partnership with @WarnerMedia, @Nasdaq, @LogoTV, and @PrideMediaInc, as we raise critical funds for LGBTQ+ organizations most affected by COVID-19. Tune in early for the pre-show at 12:45pm! Watch on Logo's YouTube & Facebook. #StonewallDay #Stonewall #PrideLive #PresidentObama #BarackObama #ObamaAdministration #MichelleObama #lgbtqequality #lgbtqrights #ally #pride #pride365

Pride Live saluted Obama for his support for the community during his time in office. He oversaw the repeal of “Don’t Ask, Don’t Tell” and the legalization of gay marriage in 2015. The fifth anniversary of the landmark Obergefell v. Hodges decision by the Supreme Court is also this Friday.

“During his time in office, President Obama supported and promoted LGBTQ+ equality and rights. His administration repealed Don’t Ask, Don’t Tell and filed briefs that urged the Supreme Court to strike down same-sex marriage bans as unconstitutional,” Pride Live captioned their post.

“Same-sex marriage was legalized nationwide in 2015 after a landmark Supreme Court ruling. President Obama is highly regarded as one of the greatest American presidents in our modern times.”

This year’s remembrance is occurring against the backdrop of COVID-19 and mass protests about racial injustice since the death of George Floyd. Many of these issues have greatly impacted those who identify as LGBTQ. Dr. Yvette C. Burton, the president of the Pride Live board of directors, said in a statement that these factors have put a global spotlight on fair and equal treatment.

“This has resulted in vital and life-saving LGBTQ+ organizations having to severely amend their budgets and programs,” Dr. Burton continued. “Our hopes are Stonewall Day can assist our beneficiaries in continuing their work and service to the community,” Burton said.

“From Marsha P. Johnson’s revolution at Stonewall to the recent murders of Dominique Fells and Riah Milton, the protection of trans people of color continues to be the litmus test of freedom and equal opportunities.”

Stonewall Day will stream live on Logo’s Facebook and YouTube this Friday from 12:45 p.m. to 3 p.m. ET. Funds raised from the event will benefit Trans Lifeline, Brave Space Alliance, TransLatina Coalition, and The Ally Coalition.