It looks like the release of Megan Thee Stallion’s new single, “Girls In The Hood”, which samples Eazy-E’s iconic debut single “Boyz In The Hood” has unexpectedly led to a public war of words between the hip hop legend’s daughters.

The 25-year-old rapper’s new song officially dropped on Friday, but prior to its arrival Eazy-E’s daughters Ebie Wright, 28, and ReeMarkable (Henree Wright), 27 took to social media to square off about whether the Houston native should have ever been allowed access to the sample. 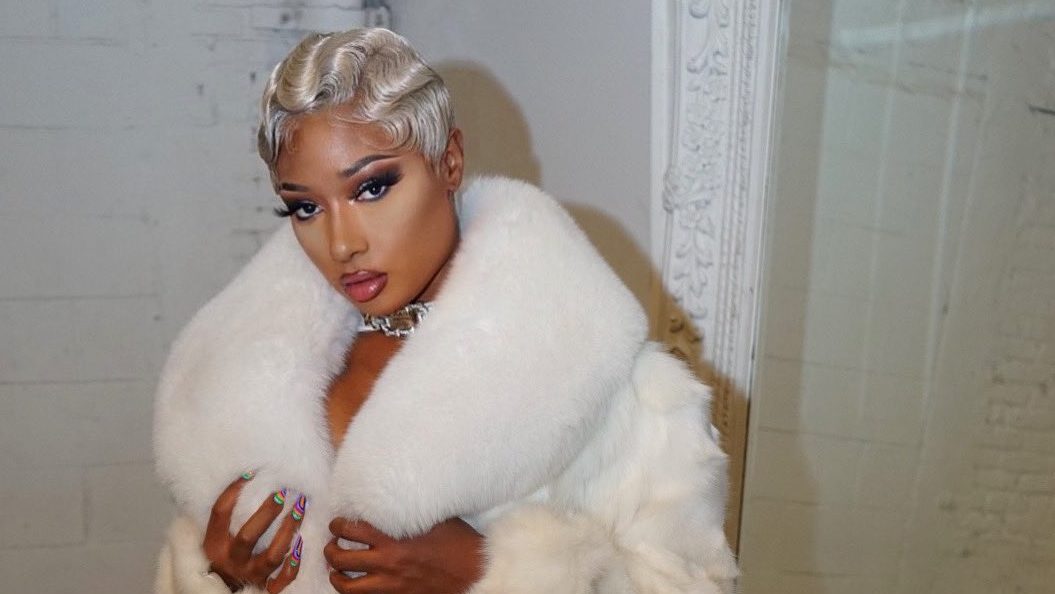 The drama began after ReeMarkable took to her Instagram to share that she was “bothered” that Megan was given the green light to rap over her father’s legendary track.

She started off by acknowledging, “as long as y’all paying homage to my father, I f–k with that a 100 percent.” However, she then went on to explain that she took issue with “the people in the background that press the ‘ok’ button” for artists to sample her father’s work when his own children haven’t been allowed the same grace.

“He’s got kids that you won’t write s–t off for…I’ve got siblings that want to do so much in the likeness of my father, but we can’t, unless we want to get some papers thrown on our table. Cease and desist. Someone tell me how we stop that. Because we want our daddy legacy.”

HOTTIES GIRLS IN THE HOOD IS OUT NOWWWW GO RUN IT TF UP ???????? what’s your favorite line from the song ? #girlsinthehood

While some believed she made valid points, the video prompted ReeMarkable’s half-sister, Ebie, to respond on Instagram stating, “That girl that’s speaking out on it, Ree? You guys have got to stop getting me confused with this girl. I don’t know her, my father didn’t know her.”

The N.W.A. leader, born Eric Wright, passed away in 1995 when both women were young children. But there appears to be some dissent about who has the right to stake a claim to his legacy.

“It’s really strange to me that every single time something that has to do with my dad comes up, she’s the first one running to the Internet to speak up as if she’s the spokesperson for my father or my family,” Ebie continued.

“It’s really, really f–king weird…the only person who has been fighting, and is still fighting to this day for my father’s estate and to make things right, is me. Literally me and my mother, Tracy Jernagin.”

The harsh critique seemingly confused ReeMarkable, who said in a follow-up Instagram video, “I’m your sister. We ain’t family, we blood. That’s what it is. But I’ll always be your sister baby girl…Stop with the jealous s–t.”

So tired of the bullshit games we gotta keep playing , I’m done being quite ! We want involvement when it come to our daddy , tired of my sister crying about the unfairness . I’m fed the fuck up … WE EAT OFF NOTHING MY DADDY LEFT BEHIND. What ever y’all see Us have we hustled to get . Shit too lame we get papers thrown at us but others don’t . We just wanna be apart of the legacy too …

Everybody talk that BIG SH*T on the internet but ain’t NOBODY making REAL moves in REAL LIFE !!!! Ain’t nobody PRESSING TOMICA WOODS (who already stole my mom’s @tracyjernagin story in Straight Outta Compton) or my father’s ESTATE BUT ME !!!!! I can’t keep letting ya’ll front ! All these “family members” ain’t built like ME and MY DADDY !!!! Just wanna ride off his name .. f*ck that and f*ck all y’all that’s with this fake sh*t . THIS IS MY REAL LIFE !!!!! Been through so much the last 25 years … I’ll be damned if I keep letting some girl my father didn’t even know keep JUMPING on this internet trynna tell MY STORY !!!!!! And don’t even be telling it properly because she didn’t experience the sh*t ! DOCUMENTARY coming soon !!! 4 part series … you will all know the real and what WE had to deal with and are still going through till this day !!! STOP GIVING THESE PEOPLE PLATFORMS WITHOUT FACT CHECKING ! Ain’t no clout sh*t happening when it comes to Eric “Eazy-E” Wright if I have anything to do with it !!!! People gotta stay in their place !!! Disrespectful a**es . Y’all wanna know how to change sh*t ????? Get off the internet frontin and come see his REAL DAUGHTER who’s been fighting to fix his legacy since March 26th 1995 ! #WeWantEbie #RealOne @ejking21 let Meg know I’m ready for the record ?? #ahhhhh

The past 10 years this girl has been delusional. ebie you gotta grow up . We got bigger things to handle . Stop with the jealous shit . I’m sparing you. I’m being kind cause I was raised right . And I don’t beef on the internet . I was raised in the streets & that’s not how we handle people . We don’t do this cap Ass shit you on. NO BODY GIVES AF ABOUT WHAT YOU TRYIN TO DO!!!! They laughing at you . ? love you though imma pray for you . I promise I wasn’t going to go hard on you . And I’m not going back and forth on ig. Bang my line . Been saying that since day one BIG SIS ? OH AND I FUCKIN LOVE @theestallion …. don’t misconstrue my words .