A former Health Dept. employee says she was fired because she wanted transparency in coronavirus numbers 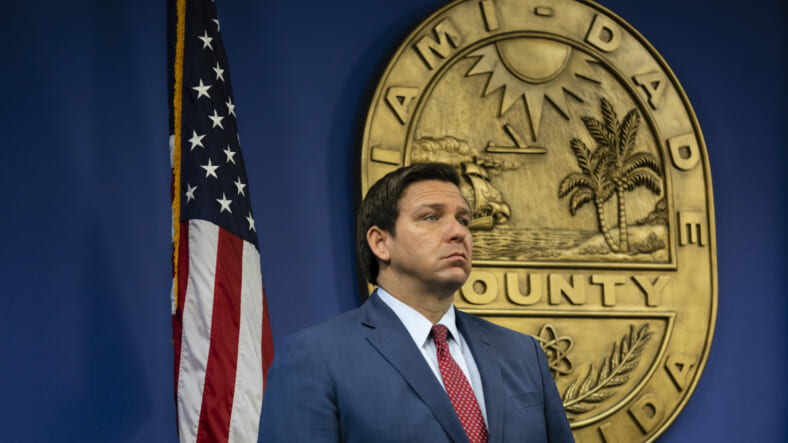 Florida governor Ron DeSantis is on the hot seat as coronavirus cases hit record numbers in the Sunshine state. According to the New York Times, the state is averaging almost 9,000 new cases a day, and officials, including DeSantis, are backtracking on reopening plans.

The latest is that bars can remain open but can no longer sell alcohol in an attempt to encourage social distancing protocols that are being largely ignored.

But even as cases surge, DeSantis is accused of undercounting the numbers to make the state look as though it has some handle on the pandemic. As reported by The Guardian, Rebekah Jones, who was once in charge of the state’s official COVID-19 database, was fired, she says because she refused to fudge the numbers.

BREAKING: 1 OF 3: Florida announced yesterday they’re not counting the icu bed availability anymore, a key element in keeping things open, so the state can proceed to the next phase by July 4.

BREAKING 3 OF 3 I’ve independently verified they’ve deleted at least 1200 cases in the last week.They’re only reporting all these cases now so they can restrict reporting next week to make everyone think it’s over. I’ve had two DOH employees in different offices confirm

Jones says that she has “multiple sources” that have confirmed that Florida is releasing numbers, including fatalities, this week so that they can reduce the number of reports next week to look as though cases are declining. As Florida’s tourism economy would rely on people flocking to its beaches for the 4th of July weekend, it would seem as though it would benefit the state to do so.

Jones says that she’s created her own database with the help of private donors, which includes non-resident deaths that Florida has admitted that they are not counting, according to CNN. Jones is tallying her numbers from the Florida Department of Health which she says has a unique identifier for every COVID-19 positive patient.

Jones also counts the number of ICU beds available across the state and which counties have met reopening guidelines. As of this Thursday, only three have.

Rebekah Jones, the data official behind Florida’s Covid-19 dashboard, was removed after she questioned the data’s transparency, according to Florida Today. Now she has launched her own dashboard, which reports different numbers.https://t.co/BTNXSgi4ul pic.twitter.com/J7aCVy2F6s

When asked about the claims, DeSantis responded angrily at a press conference this week.

“You guys have been on the conspiracy bandwagon for months,” he said.  “You need to move on.”

DeSantis was already being criticized for allowing spring break to continue in Florida despite most of the U.S. shutting down in mid-March once the virus took hold on the East and West coasts. DeSantis, a Republican is a Trump ally who has battled with other public officials in Florida on the necessity of mask-wearing, which has been proven to have some efficacy in stopping the virus’ spread.

“Ron DeSantis has followed Donald Trump’s erratic leadership for three and a half months, and it clearly has not worked out for Floridians,” Terrie Rizzo, chair of the Florida Democratic party told The Guardian. “Their eagerness to declare victory before the job was done has led us to this moment.”