Texas Gov. Greg Abbott ordered all bars closed, while Florida banned alcohol at all such establishments

Texas and Florida reversed course and clamped down on bars again Friday in the nation’s biggest retreat yet as the number of confirmed coronavirus infections per day in the U.S. surged to an all-time high of 40,000.

Texas Gov. Greg Abbott ordered all bars closed, while Florida banned alcohol at all such establishments. The two states joined the small but growing list of those that are either backtracking or putting any further reopenings of their economies on hold because of a comeback by the virus, mostly in the South and West.

Health experts have said a disturbingly large number of cases are being seen among young people who are going out again, often without wearing masks or observing other social-distancing rules.

“It is clear that the rise in cases is largely driven by certain types of activities, including Texans congregating in bars,” Abbott said.

Abbott had pursued up to now one of the most aggressive reopening schedules of any state and had not only resisted calls to order the wearing of masks but had also refused until last week to let local governments take such measures.

Texas reported more than 17,000 confirmed new cases in the past three days, with a record high of nearly 6,000 on Thursday. In Florida, the agency that governs bars acted after the daily number of confirmed cases neared 9,000, almost doubling the previous record, set just two days earlier.

Colleen Corbett, a 30-year-old bartender at two places in Tampa, said that she was disappointed and worried about being unemployed again but that the restrictions are the right move. Most customers, she said, were not wearing masks. 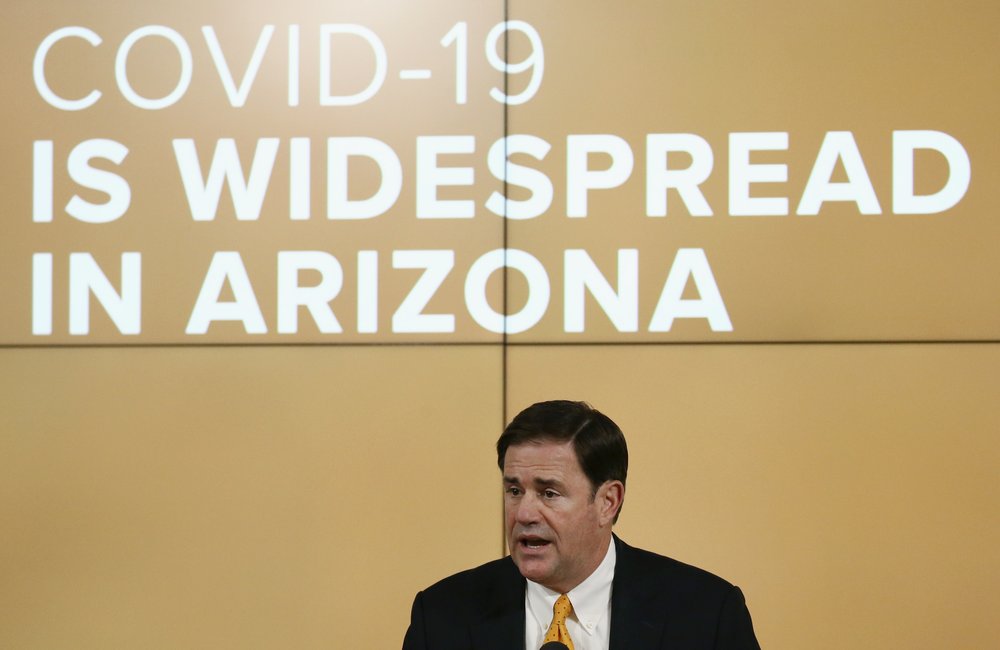 “Bars were at normal capacity, not COVID capacity,” Corbett said. “It was like they forgot there was a pandemic or just stopped caring.”

A number of the hardest-hit states, including Texas, Florida, Arizona and Arkansas, have Republican governors who have resisted mask-wearing requirements and largely echoed President Donald Trump’s desire to quickly reopen the economy.

Amid the surge, the White House coronavirus task force, led by Vice President Pence, held its first briefing in nearly two months, signaling a recognition that the administration’s can’t ignore the alarming increases.

Pence gave assurances that the U.S. is “in a much better place” than it was two months ago. He said the country has more medical supplies on hand now, a smaller share of patients are being hospitalized, and deaths are much lower than they were in the spring.

The count of new confirmed infections, provided by Johns Hopkins University, eclipsed the previous high of 36,400, set on April 24, during one of the deadliest stretches in the crisis. Newly reported cases per day have risen on average about 60 percent over the past two weeks, according to an Associated Press analysis.

While the increase in reported cases is believed to reflect, in part, greatly expanded testing, experts say there is ample evidence the virus is making a comeback, including rising deaths and hospitalizations in parts of the country and higher percentages of tests coming back positive for the virus.

At the task force briefing, Dr. Anthony Fauci, the nation’s top infectious-disease expert, urged people to mind their responsibility to others: “A risk for you is not just isolated to you.”

Deaths from the coronavirus in the U.S. are down to around 600 per day, compared with about 2,200 in mid-April. Some experts have expressed doubt that deaths will return to that level, because of advances in treatment and prevention and because younger adults are more likely than older ones to survive.

The virus is blamed for 124,000 deaths in the U.S. and 2.4 million confirmed infections nationwide, by Johns Hopkins’ count. But U.S. health officials believe the true number of infections is about 10 times higher. Worldwide, the virus has claimed close to a half-million lives, according to Johns Hopkins. 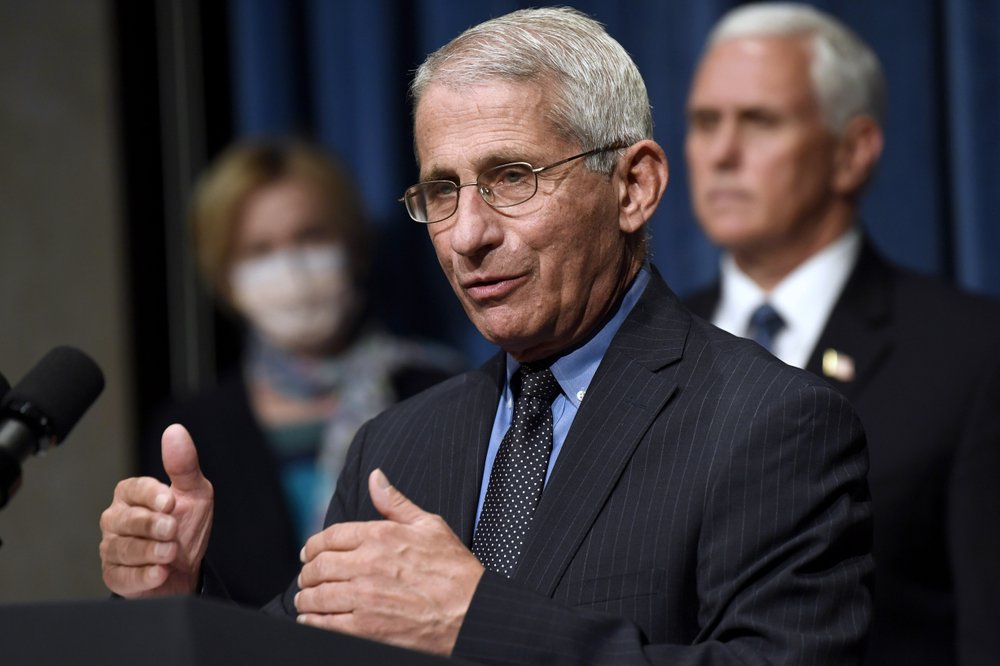 In a sign of the reversal of fortune among states, New York said it is asking Arizona, Texas and Florida whether they need any equipment, personnel or advice. Various states and thousands of out-of-state health care workers helped New York when it was in the throes of the deadliest outbreak in the nation this spring.

“We will never forget that graciousness, and we will repay it any way we can,” Gov. Andrew Cuomo said.

In addition to closing bars again, Abbott scaled back restaurant capacity, shut down rafting operations and said any outdoor gatherings of more than 100 people will need approval from the local government.

Florida Gov. Ron DeSantis has pursued a phased approach to lifting restrictions, doing things more slowly than a task force recommended, but has allowed theme parks to reopen, encouraged professional sports to come to Florida and pushed for the GOP convention to be held in the Sunshine State.

On Thursday, Arizona put on hold any further efforts to reopen the economy, with Republican Gov. Doug Ducey saying the numbers “continue to go in the wrong direction.” Arizona reported over 3,000 additional infections Thursday, the fourth day in a week with an increase over that mark.

Elsewhere around the world, China moved closer to containing a fresh outbreak in Beijing. Another record daily increase in India pushed the caseload in the world’s second most populous nation toward half a million. And other countries with big populations like Indonesia, Pakistan and Mexico grappled with large numbers of infections and strained health care systems.

South Africa, which accounts for about half of the infections on the African continent with over 118,000, reported a record of nearly 6,600 new cases after loosening what had been one of the world’s strictest lockdowns earlier this month.

Smith reported from Providencd, Rhode Island; D’Emelio reported from Rome. Associated Press journalists around the world contributed to this report.