Missouri Mayor doxxed those in favor of defunding the police

Lyda Krewson gets called out by members of the St. Louis Board of Aldermen and the state's ACLU chapter for her reckless action 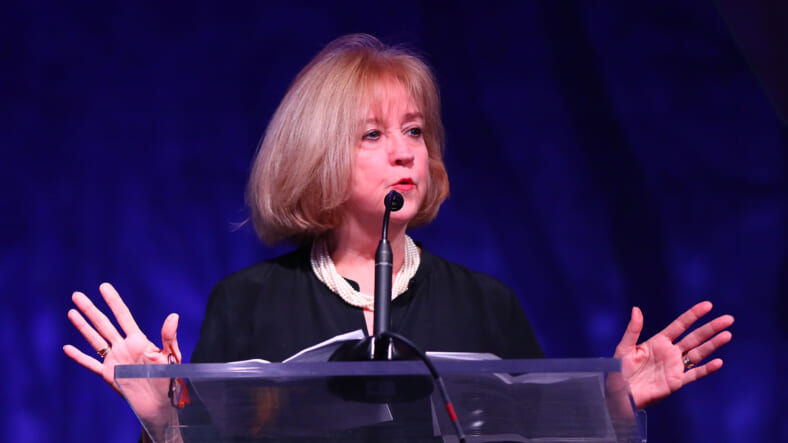 In a routine Facebook press conference last Friday night, Krewson read the full names and addresses of those requesting the city to defund the police.

Mayor Krewson apologized for her actions, a move that came off as a deliberate act to silence critics, and deleted the post.

Although the post got deleted, the damage has already put some at risk of harassment. The mayor gave away complete names, people’s specific home addresses, and their amount on money the individuals believed the St. Louis Metropolitan Police Department should receive.

Some of the protesters want a $0 budget, according to the NBC St. Louis affiliate KSDK reported.

In her apology, the mayor said she accidentally doxxed the names in favor of defunding the police. However, she also contends that the information was already public.

“In an effort to be transparent and accessible to the public during the COVID-19 pandemic, for more than three months now I have been doing tri-weekly community updates on Facebook.”

“Tonight, I would like to apologize for identifying individuals who presented letters to me at City Hall.” Krewson continued, “While this is public information, I did not intend to cause distress or harm to anyone. The post has been removed.”

Krewson received criticism from two members of the St. Louis Board of Aldermen and the state’s ACLU chapter, Megan Ellyia Green and Cara Spencer.

Hey @LydaKrewson. So not cool to doxx my constituents who support #DefundThePolice on your FB live today.

No leader should resort to intimidation of the residents they were elected to represent.

Even though the post was deleted, it was noted by KSKD that Krewson’s live stream was promoted through various broadcasting channels and applications.

However, the local news station said it has no intention of rebroadcasting her live stream to due to the mayor’s doxxing.