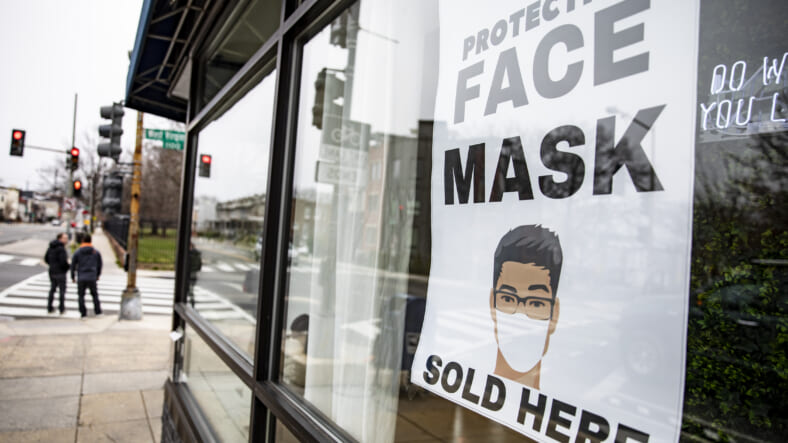 With the growing spread of the coronavirus around the world it is becoming harder and harder to find protective equipment and hand sanitizer around the country, especially the N95 protective face mask which Patrom is selling for $30, three times its regular cost. (Photo by Samuel Corum/Getty Images)

The city of Jacksonville, Florida, where mask-averse President Donald Trump plans to accept the Republican nomination in August, ordered the wearing of face coverings Monday, joining the list of state and local governments reversing course to try to beat back a resurgence of the coronavirus.

Less than a week after Mayor Lenny Curry said there would be no mask requirement, city officials announced that coverings must be worn in “situations where individuals cannot socially distance.”

White House spokeswoman Kayleigh McEnany responded by saying the president’s advice is to “do whatever your local jurisdiction requests of you.”

Trump has refused to wear a mask during visits to states and businesses that require them.

In recent weeks, the Republicans moved some of the convention pageantry to Jacksonville after Democratic Gov. Roy Cooper of North Carolina objected to the holding of a large gathering in Charlotte without social-distancing measures. The convention will be in late August.

Florida Gov. Ron DeSantis, a Republican, has opposed a statewide mask requirement but said in response to Jacksonville’s action that he will support local authorities who are doing what they think is appropriate. 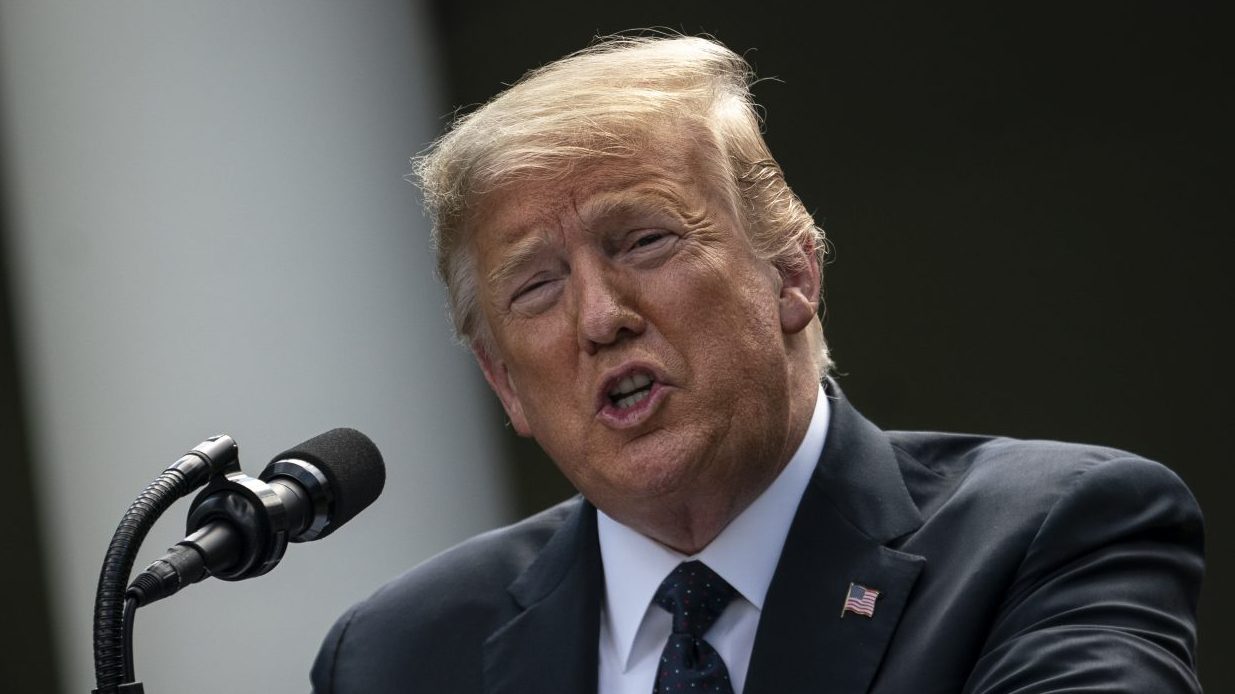 The Jacksonville order came on the same day that the head of the World Health Organization warned that the pandemic is “not even close to being over” and is accelerating.

“The worst is yet to come,” said Tedros Adhanom Ghebreyesu. “With this kind of environment and condition, we fear the worst.”

Health authorities have recorded more than 10 million confirmed infections and a half-million deaths globally, including 2.5 million cases and 126,000 lives lost in the United States. The U.S. is seeing a surge in confirmed cases, especially in the South and West, with about 40,000 per day.

Experts say the actual numbers, both in the U.S. and globally, are probably far higher, in part because of testing limitations and the large number of people without symptoms.

Places such as Texas, Florida and California are backtracking, closing beaches and bars in some cases. Other states, such as hard-hit Arizona, are hitting pause on their efforts to reopen.

On Monday, a group of Texas bar owners sued to try to overturn Republican Gov. Greg Abbott’s order closing their businesses. They contend Abbott doesn’t have the authority, and they complained that other businesses, such as nail salons and tattoo studios, remain open.

“Gov. Abbott continues to act like a king,” said Jared Woodfill, attorney for the bar owners. “Abbott is unilaterally destroying our economy and trampling on our constitutional rights.”

But New York Gov. Andrew Cuomo said that Abbott is on the right path, and he added that Trump should order the wearing of masks. 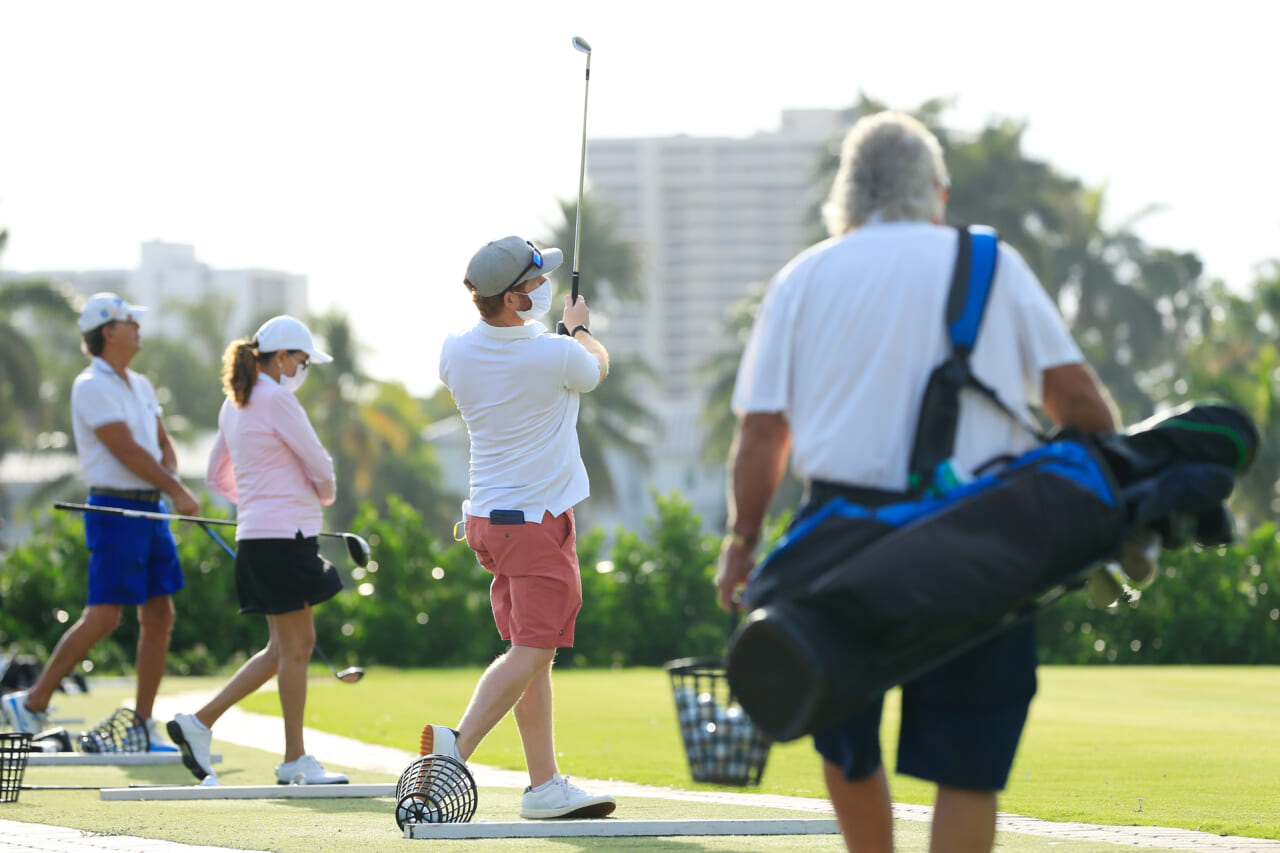 Players wearing face masks warm up on the range at the Miami Beach Golf Club on April 29, 2020 in Miami Beach, Florida. The city of Miami Beach partially reopened parks and facilities including golf courses, tennis courts and marinas as it begins easing restrictions made due to the COVID-19 pandemic. (Photo by Cliff Hawkins/Getty Images)

Elsewhere around the world, Britain reimposed lockdown restrictions on the city of Leicester after a spike in cases, ordering the closing of schools along with stores that do not sell essential goods.

India set another record with a one-day total of 20,000 newly confirmed infections. Several Indian states have reimposed partial or full lockdowns after the total number of cases jumped by nearly 100,000 in one week to about 548,000.

In China, nearly 8.3 million out of about 21 million have undergone testing in recent weeks in Beijing after an outbreak centered on a wholesale market. The country reported just 12 new cases Monday, including seven in Beijing.

South Korean authorities reported 47 new cases as they struggled to curb outbreaks that have spread from Seoul to other regions. Officials said they are preparing to impose stronger social-distancing measures — including banning gatherings of more than 10 people, shutting schools and halting professional sports — if the daily increase in infections doubles more than twice in a week.

RELATED: Nearly 31% of Black Americans know someone who died of COVID-19

In the Philippines, a Southeast Asian coronavirus hot spot with more than 35,000 confirmed infections, local officials came under fire for allowing a street parade and dance during a weekend religious festival to honor St. John the Baptist despite prohibitions against public gatherings.

The European Union is preparing a list of 15 countries whose citizens will be allowed to visit the bloc beginning Wednesday, Spain’s foreign minister, Arancha Gonzalez Laya, told the Cadena SER radio network. Because of the resurgence in the U.S., America may not be on that list.

“This is not an exercise to be nice or unfriendly to other countries. This is an exercise of self-responsibility,” she said.