OPINION: Blue Telusma writes that season three of Lena Waithe's Showtime series ‘The Chi’ is a must-watch as it forces viewers to confront any bias they may have. 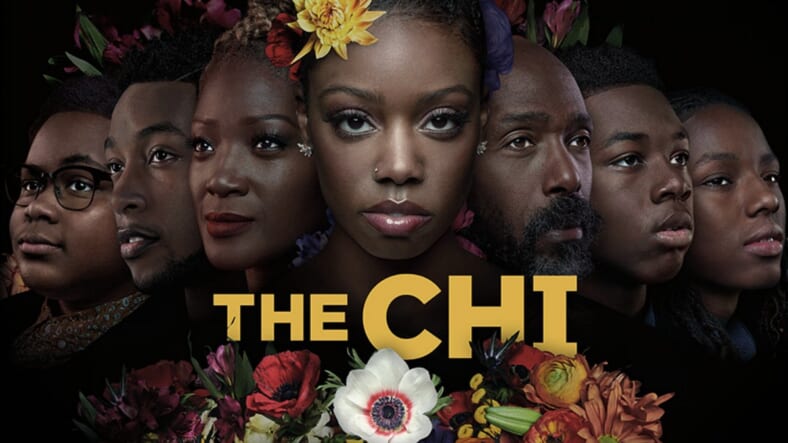 One of the things that the coronavirus pandemic has done is allowed a lot of us to be stuck in the house long enough to catch up on all those shows we never got around to checking out.

To that point, streaming services like Netflix have seen huge spikes in traffic around shows that came out ages ago. Group chats are now filled with inquiries like, “What are ya’ll watching right now?”

And it was during one of these very group chats that one of my close friends suggested I start watching Lena Waithe‘s Showtime series The Chi. I’m no stranger to Waithe’s work, and earlier this year became a big fan of her latest offering Twenties on BET. But with The Chi, initially, I was hesitant. 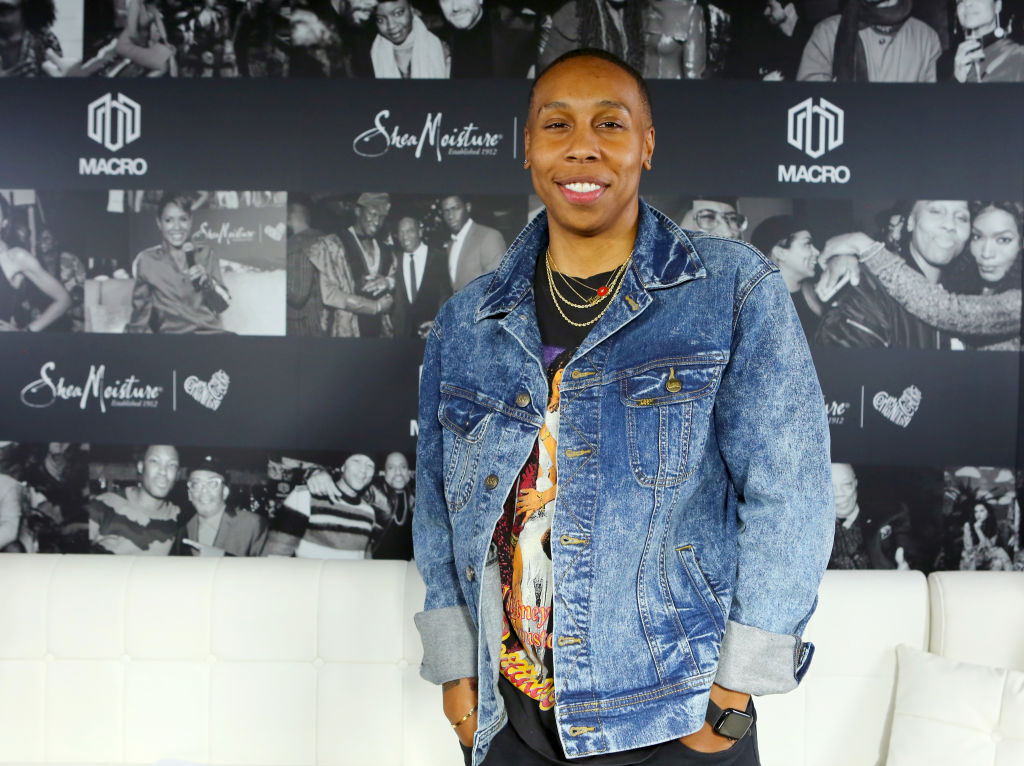 READ MORE: Lena Waithe breaks silence on Jason Mitchell scandal: ‘I don’t have the power to fire anybody’

All I knew of the show was the drama surrounding Jason Mitchell, a story that most Black journalists found nearly impossible to avoid in 2019. Perhaps, because of that, I’d never bothered to give the Chicago-based series, a chance.

But on the strength of my friend’s rave review, and the gorgeous promo rollout for season three that kept showing up all over my social media feed, last week I decided to put my reservations aside and give it a go.

And after four days of binging all the episodes, I walked away impressed, sleep-deprived, and convinced of one thing: “EVERYONE needs to see this. Now.”

If you were like me and previously found yourself dismissing The Chi as “that show where that actor got fired,” below I’ve compiled a list of five reasons why you too may need to rethink that.

Black stories (and Black joy) minus the heavy focus on police

Right now police brutality is at the front of all our minds in the wake of George Floyd‘s death with heartbreaking stories about brutalized men and women filling up timelines and newsfeeds at record speed.

There is value in telling those narratives but by the third season, Waithe had something else in mind and very decidedly took the focus off the “cops and robbers” trope, putting it back on the community she loves.

Essentially, while activists are currently fighting to defund the police in real life, The Chi has pretty much already done that on their show, and it works. 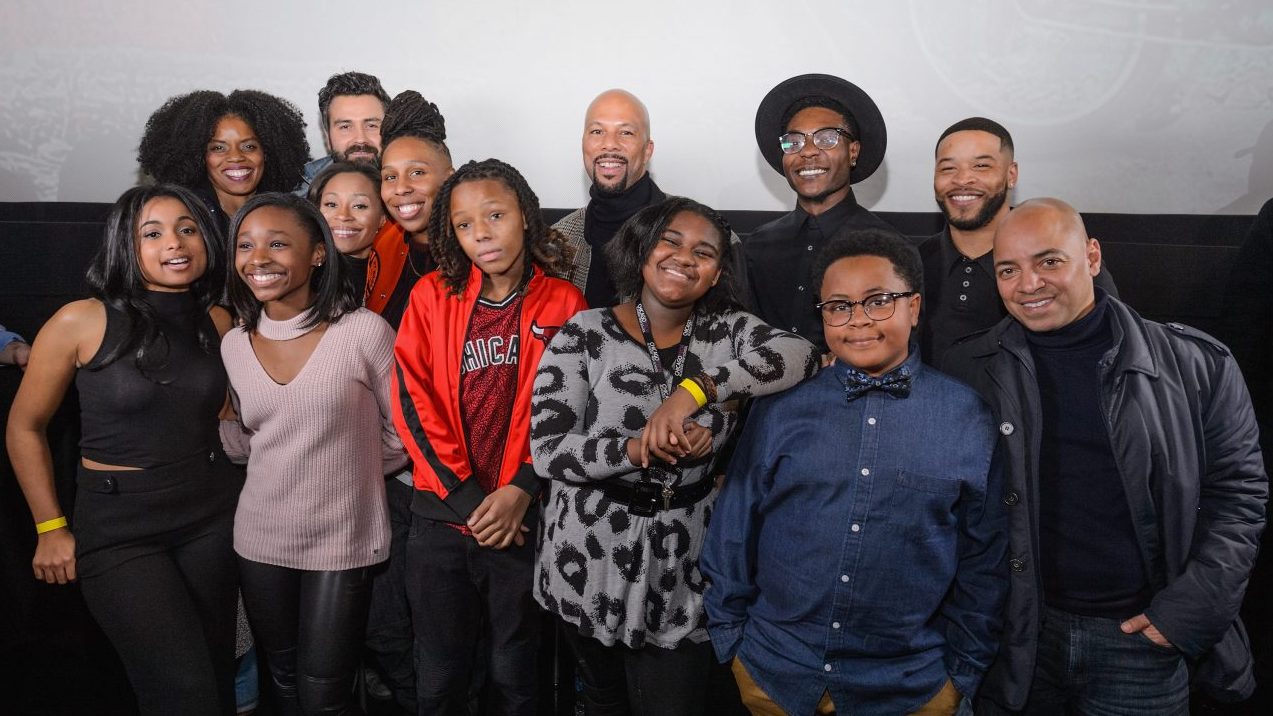 READ MORE: Jacob Latimore says ‘The Chi’ season 3 will not have any police characters

The opening scenes of season three starts off with a beautiful wedding that instantly makes you feel like you’re about to watch your favorite auntie get married to the love of her life. From the dialogue (and the petty guest list) to the soundtrack and celebratory cha-cha slide, everything about this one episode feels so authentic, you kind of feel like you’re eavesdropping on real people.

And to those who wondered if the series would lose its soul after Mitchell’s departure, the writers seem to be making their response loud and clear: “Absolutely not.”

Body positivity without the preachiness

Another thing that is hard to miss in the series is how there doesn’t seem to be the typical hyperfocus on the size-2 heroine that so many shows lean on. Just about every shape and size of woman that you could probably think of is represented on the show.

Now let me be clear, we all know that body positivity is a trendy and often disingenuously used buzz word. And a lot of times when we’re watching something that claims to be “body pos” it’s done in that cringey, heavy-handed way that tends to feel more patronizing than empowering.

Fortunately, that isn’t the case here. The women of the show, be they big, small, or somewhere in between, simply just exist within the narrative in the same way that they do in real life.

The beginning of Season 3 of The Chi….wow… so y’all just gonna have me crying happy tears at a wedding and sad tears at a funeral within the same ten minutes?!….my emotions can’t handle this pressure! @BirgundiBaker what y’all tryna do to me sis?!!

Speaking of how this show treats women, without their cisgender male lead as the focal point the stories now appear to be more woman-centered. And yes, I know some brothers are upset about that, but one could argue it’s about time.

Coming off from six seasons on Starz’ mega-hit Power, Lala Anthony joins the cast this season to replace Mitchell as the chef on duty. Not only is her chemistry with series regular Jacob Latimore electric from the jump, but this is also probably the best acting she’s done in her entire career.

For those who may have just seen the former tv host as just “everyone’s best friend” who happens to act, Nah. Sis is legitimately acting, and in a way that completely makes you forget about “Keisha” from Power.

On-screen heartthrob, Luke James also joins the cast in a role that makes viewers confront their biases about trans women, and how we not only judge them but also the men who love them.

I didn't see that coming w/ the Luke James character ?. This man is trying show his acting skills. This storyline should be interesting. #TheChi pic.twitter.com/HpPX5PETgV

If you can’t already tell from what I’ve already written above, even though these scripts were written and filmed ages ago, a lot of the topics the writer’s room has chosen to tackle are so timely, the story arcs could have very easily been ripped from today’s headlines.

In the midst of all the joy and women empowerment, one storyline that is no laughing matter is the question of what happens when a young Black girl goes missing.

We’ve heard this time and time again that the world simply doesn’t react the same when Black women are taken from their homes. Even when Black women are fatally attacked by law enforcement in clear cut incidences of injustice (i.e the story of Breonna Taylor) we still see their cases being treated with much less urgency than those of their male counterparts.

From what we’ve heard, the show plans to confront that sobering reality head-on this season. It’s a story I hope we can all agree needs to be told.

The Chi | Kiesha is Missing

Everyone is looking for answers.

It’s time to confront our biases – ALL of them

Last but certainly not least, the final reason why I think everyone needs to start watching The Chi is that it’s an emotional “pop quiz” of sorts that’s going to gift you with the opportunity to pinpoint what internal biases you may still be holding on to.

If you are harboring any anti-Black sentiments about “certain people” in our community, if you think you accept gays but cringe when you see them loving up on each other the way straight people do, if you are gay yourself but have some transphobic biases, or if you are pro-Black but have some misogynist ideas about how women “should” act…. I promise you, at some point while watching The Chi, that bias will probably reveal itself.

Which is perhaps my favorite thing about this newest iteration of the show. Many of us have been shouting “ALL Black Lives Matter,” since the social uprising began in May. Now some of you will finally have a chance to see just how much you really mean that.

The Chi airs every Sunday at 9 p.m. Showtime. Thank me later for putting you on.