In January 2018, Lena Waithe officially introduced the world to The Chi, a fictional series inspired by life on the Southside of her hometown of Chicago. Now in 2020, the scripted television show enters its third season with quite a few changes.

“The way it was shot was a little more creative cinematically for me. The push-ins on the actors, then the sweeps, and the one-takes. It’s gonna be crazy,” Latimore excitingly tells theGrio.

New talent has been to The Chi’s collective cast, including Luke James, LaLa Anthony, and comedian Lil Rel Howery.  Latimore shares how, although the team lost some and gained some, the camaraderie did not dissipate. For him, LaLa’s performance was exciting and he looks forwards to fans seeing the starlet expand her character as a series regular.

“People will see a lot of me and LaLa’s scenes this season and I feel like La La is performing super dope,” says the actor. “I think for me, La La on-screen hasn’t had a chance to really just be yourself, not trying to be some other character. Her performances are gonna be much more appreciated. With this season, and I feel like it’s just gonna be fun.”

When season three begins, some time has passed since the previous season. Latimore notes small but important changes such as Papa, played by Shamon Brown Jr., having a deeper voice or his own character developing facial hair. Emmett’s new beard is indicative of a maturity level he strives for as he struggles to balance adulthood with a new business and multiple baby mothers.

“I think everybody’s sort of rooting for him, but I can’t lie, his mistakes are just fun to watch because it’s so relatable. You realize his weakness for women like most young men, it’s just–the show is just too real,” Latimore explains. “That’s, you know, that’s one of the reasons I wanted to be a part of it from the jump, was that Lena and her team were just trying to mirror Chicago, and also situations that go on all over the country in so many different neighborhoods. [There are] so many neighborhoods like the Southside of Chicago and Milwaukee, you know, New York and Atlanta, Ohio, everywhere so it wasn’t just about just the city, but it was the most important.” 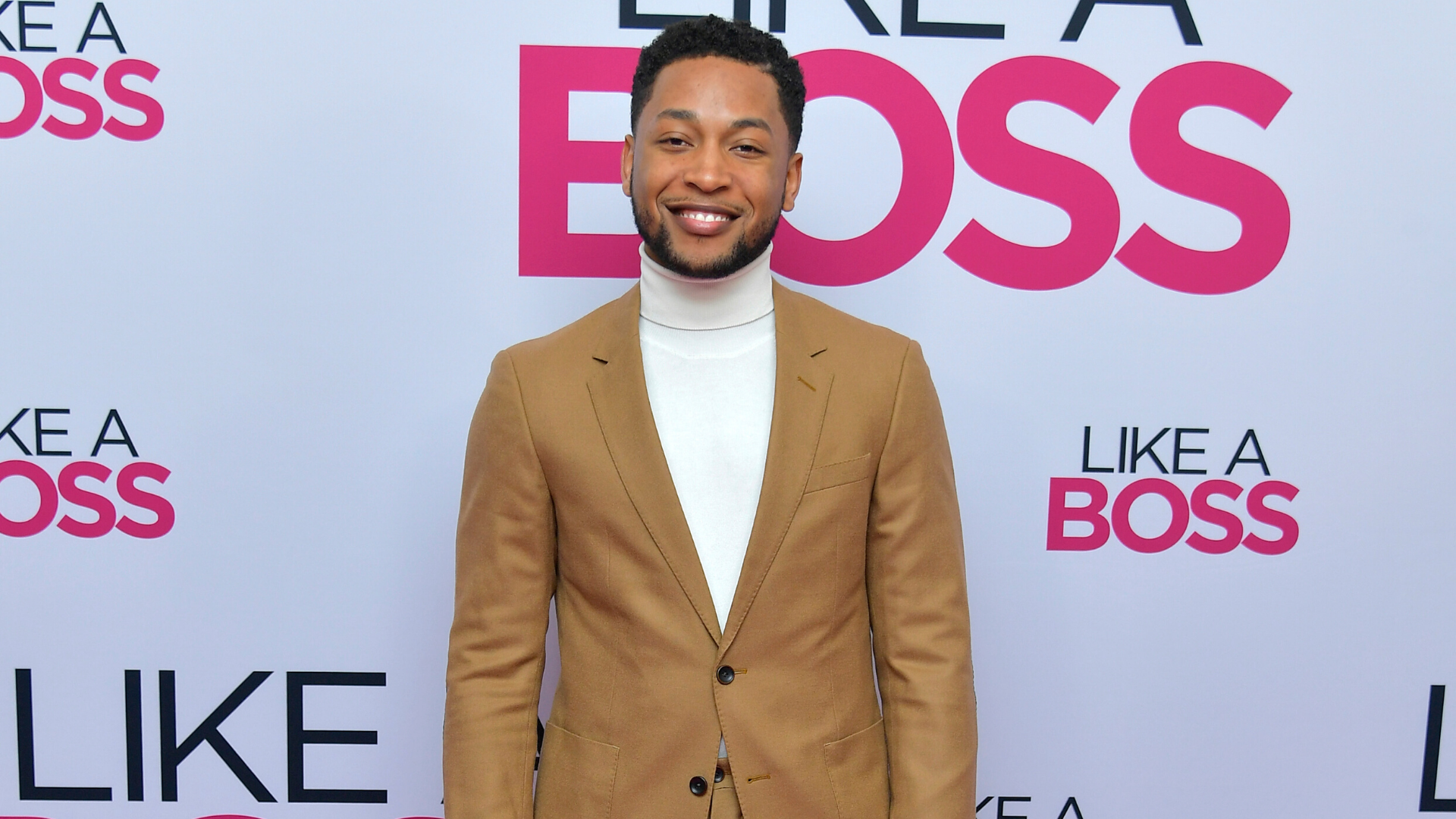 Playing a character like Emmett does not require much research for Latimore. His on-screen role shares traits with himself and other people he grew up with as an adolescent in Milwaukee. While he owns up to his own past problematic tendencies, he confesses he’s “not as toxic” as Emmett.

“So I took those small experiences I had and just sort of enhanced it on the show because the show is you so real,” says the actor. “Hannah Hall, who plays Tiffany my baby mom, she’s so Chicago. She’s with all of it, she’s ready to go. She helps me out a lot just by, you know, performing the way she performs.”

He continues, “I’m from Milwaukee, Wisconsin. I’ve seen some things in the city and the hood, and just being on the block. Sit on your porch, you can see so much stuf, going on in the neighborhood from people on the corner [that are] mentally ill, to shoot-outs, to somebody [getting] shot, to fights. You see a lot of things. I’ve definitely pulled from a lot of those experiences. I think it wasn’t until The Chi that I made an impact, or the show itself or a project I was a part of making a real big impact the way The Chi has. I’ve had big looks, but it wasn’t until The Chi [that] people calling me by my character name. They say, ‘[I] don’t know who Jacob is, but Emmett, bro you got to get together.'”

Now as The Chi prepares to enter season three, reality has shifted. Fortunately, the cast and crew were able to finish before the pandemic froze most of Hollywood’s production. As coronavirus creates a new normal, uprisings against police brutality are becoming a catalyst for global change. Calls to defund and abolish police are becoming more popular and The Chi‘s creators had the foresight to eradicate any cops. Although the series includes crime and mystery and previously shared law enforcement characters, no police officers appear in season three, Latimore shares with theGrio.

“Lena was always thinking ahead. We filmed this last year but the show is so relevant today,” he explains. “What I love about this season in particular is that there are no cop characters. There are no detectives, there’s no law and order. This time around it’s more like we really just focused on the characters.”

He continues, “I don’t know if it’s something they’ll notice immediately, but definitely by the time the season’s done they’re gonna be like, wait, there weren’t any cops. I think it’s going to be really interesting and powerful I think we just sort of what people are feeling right now. They don’t even want to see cops right now. I think they want to see, real situations where they can relate to within the characters.”

Still, Latimore hopes the new season will give fans a place to escape and enjoy the complicated characters as they all strive for greatness and become intertwined in intricate webs.

“I’m excited to just see the growth with everybody. Everybody’s killing it. You also see more range from some of the other actors too,” says the actor. “Things are getting more serious with characters you were always laughing at before. It’s showing we have different range, adding different colors to our repertoire as actors.”

Beyond starring on The Chi, Latimore continues his career as an R&B singer, an arena where several fans were introduced to his name and face. In May 2020, he released “C3,” a 35-song project featuring the likes of his current real-life romantic partner, Serayah McNeil, and Trevor Jackson. He enjoys channeling his energy into different characters, however, creating music allows him to be free.

“With my music, it’s just me. I can be me. I can say what I want to say. I can curse, I can talk sexual, I can talk about whatever I feel like talking about, and I think that’s the beauty of music,” he concludes. “Where music is really authentic to who you are. When you step into a character you have to sort of follow someone else’s footsteps.”