At least $500 million of the NYPDs reported $6 billion budget will be allocated to underfunded public housing and youth programs, the mayor said. 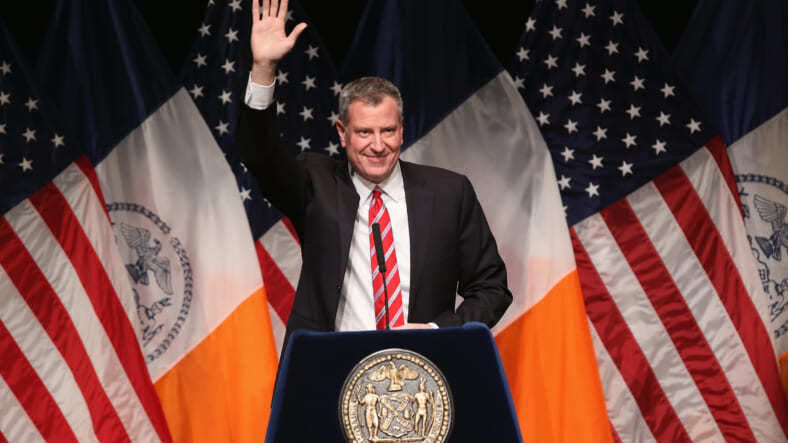 Operation Defund The Police is picking up steam in New York after Mayor Bill de Blasio announced plans to slash $1 billion from the NYPD’s budget.

On Monday, the Democratic mayor said at a news briefing that the cuts are still being negotiated with the City Council. But of the $6 billion allocated to the New York Police Department, at least $500 million will be channeled to public housing and youth programs, New York Post reports. The department’s role in policing schools is also under review.

The mayor’s plan would move at least half-billion dollars from the NYPD’s construction and major projects budget, according to the report.

READ MORE: Missouri Mayor doxxed those in favor of defunding the police

“We can do this, we can strike the balance, we can keep this city safe,” he later added.

Join us at City Hall for an update. https://t.co/PynMcXTnzK

Conservative and liberal lawmakers, however, are not willing to co-sign de Blasio defunding the nation’s largest police department by $1 billion via cuts and transfers.

“We have caved to the mob in a moment we know will come back to haunt us,” Councilman Joe Borelli (R-Staten Island) told The Post. “The mayor is smart enough to know that these actions will create a more violent environment in New York.

“This is what you get when you have government-by-hashtag,” he added.

“I’m against wholesale cuts based on protest signs,” said Councilman Robert Holden (D-Queens). “One billion dollars is an arbitrary number that the mayor and some of my colleagues are trying to reach to appease the masses without considering public safety.”

Mayor de Blasio’s budget talks come as protesters across the nation continue to call for police reform following the death of George Floyd and other Black Americans killed by law enforcement.

Demonstrators have also spent the past week camped out at City Hall Park in effort to have their demands heard by the mayor.

“We’ve done different levels of escalation to make sure we’re getting their attention,” said Jonathan Lykes, one of the organizers of the movement dubbed ‘Occupy City Hall.’

“If they defund the police by $1 billion then we have won – but that’s only our demand this week,” he added.

During Monday’s press briefing,  Mayor de Blasio made clear that “we need to redistribute revenue to communities that need it the most. We know our young people are hurting,” he said.

Adding, “We have found a plan that will keep this city safe, that will achieve the billion dollars in savings.”