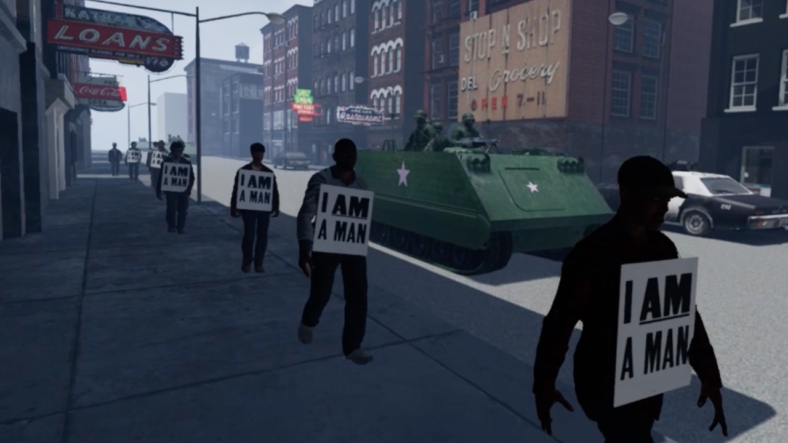 Shantay DeMar has been in love with virtual reality games ever since the movie Ready Player One. In it, he felt himself become transfixed at the film’s virtual setting and yearned to create his own OASIS, just like the imaginary world in the movie. 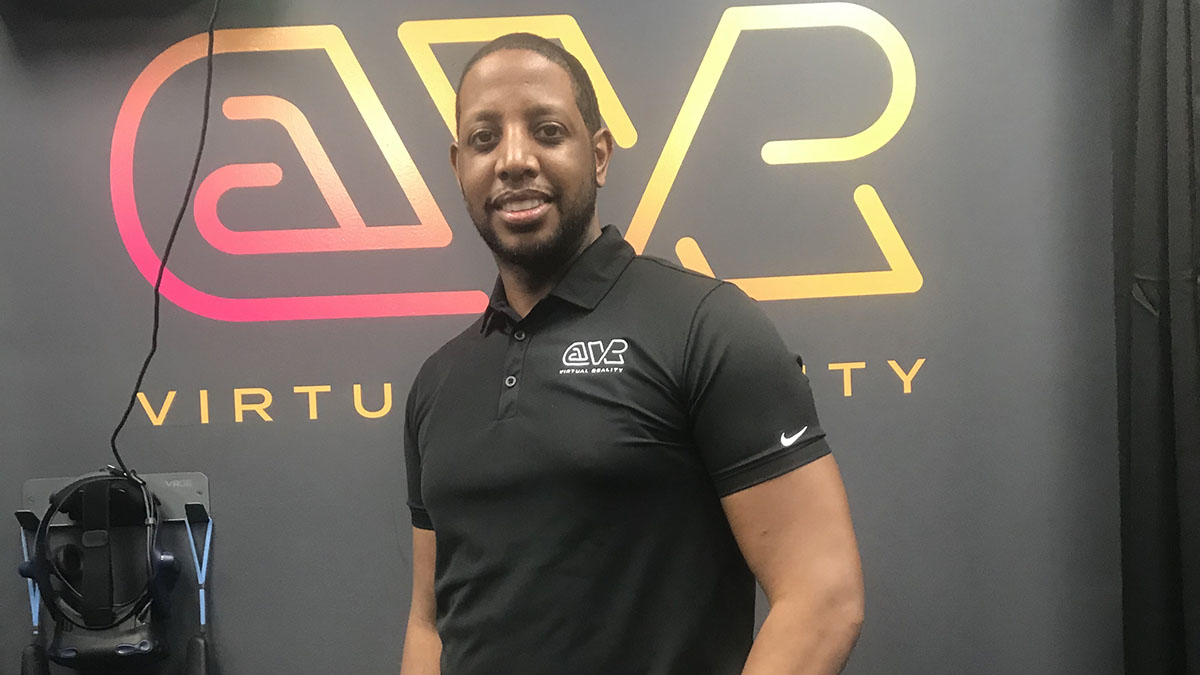 Although the games are entertaining, some are also educational, including VR experiences designed to help people understand real life events and struggles – from the Civil Rights Movement to homelessness in America.

For example, the award-winning “I Am A Man” experience gives players a simulated view of Dr. Martin Luther King, Jr.’s 1968 sanitation strike in Memphis. In the game, users walk in the shoes of Dr. King and others fighting for worker’s rights. Later, users are taken to the Lorraine Motel where they hear the fateful shot ring out that killed the beloved Civil Rights icon. 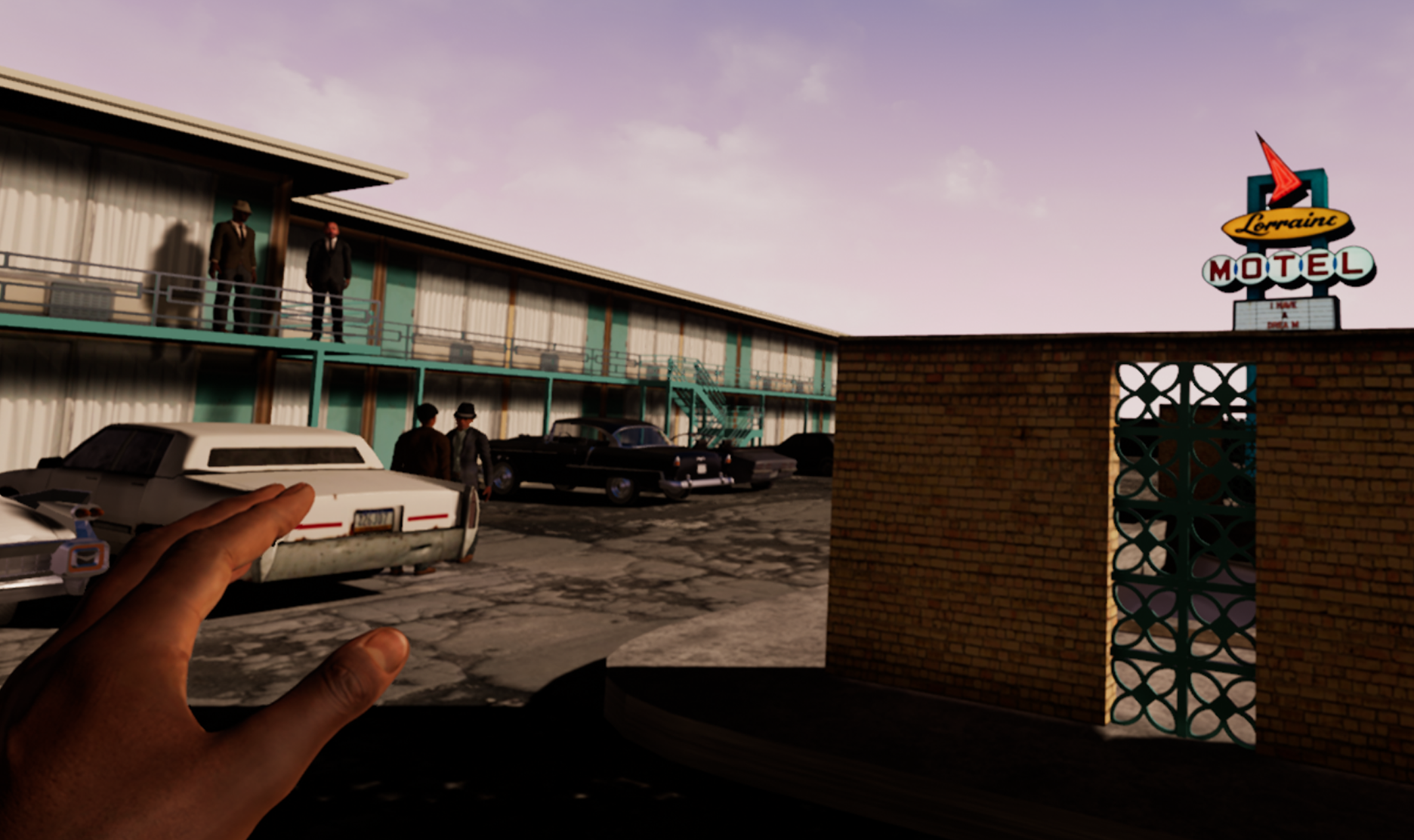 “I Am A Man” was created by Derek Ham, a North Carolina State University assistant professor of graphic design. Players not only get an eye-opening view of what it was like to protest during the Memphis sanitation strike, they also get to see inside of King’s hotel room where they get glimpses of a book, a newspaper and news articles signifying the time.

The simulation is roughly 15 minutes long. In a different scene, participants can see the street where the strike took place, but this time it’s night. A trash can nearby is on fire and the sky is heavy with smoke, signs of the tumultuous 1960s. Nearby in a shop window, televisions show a somber Robert F. Kennedy delivering his speech on the passing of Dr. King.

“It really kind of puts you back in that moment and place and it gives you a different view instead of just watching on TV, a documentary,” DeMar said. “It really makes you feel that moment.”

DeMar, a former banker, is married to Shanise, who works as a government contractor supporting federal health and human services agencies and contracts. The couple have two boys, ages 9 and 10, and DeMar says his children were, in part, what drove him to start his own business.

He said he wanted to show his boys that becoming an entrepreneur is not only possible, it’s within their reach – and gives them something else to aim for instead of just focusing on becoming a famous athlete or celebrity.

“I decided to start @VR because there isn’t much to do in the community, and that hasn’t really changed since I was a kid. I also want to lead by example for my kids,” DeMar said. “Being an athlete or a famous star is great, but you can also be an entrepreneur as well!”

What differentiates virtual reality from other video gaming apps is that with virtual reality, the headset, which is worn over the face, immerses the player into the game so they actually become part of the game.

As a Black-owned company in the largely white science, technology, engineering, and math (STEM) industry, DeMar says he has no plans to relocate to Silicon Valley. Instead, he plans to expand his locations in the Frederick area and would eventually like to set up a STEM education partnering with the schools. 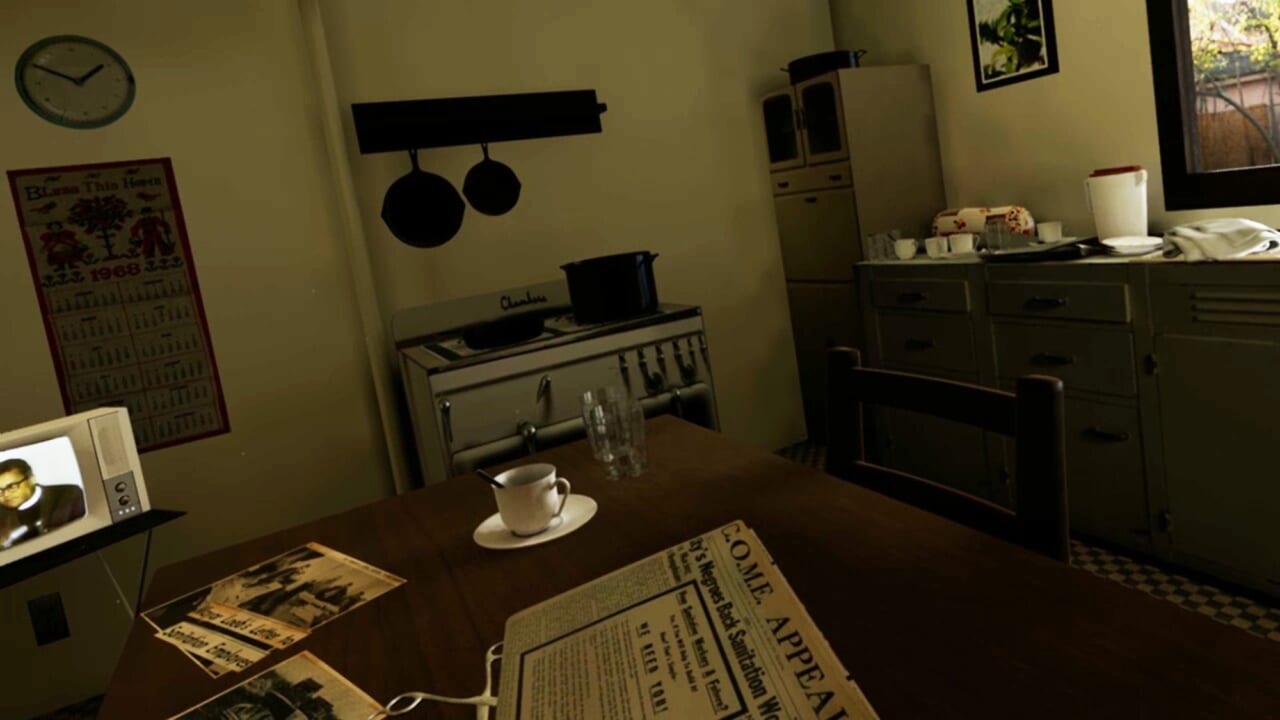 “I want to show other minorities that you can do anything that you want to do if you put the time and work into it,” DeMar explained. “I would say this to anybody that wants to be an entrepreneur: You only get out what you put in. You have to get involved in the community, network, and build relationships.”

Prior to COVID-19, which abruptly forced his company and other non-essential businesses to shut down in mid-March, DeMar says the response was good. The challenges he faced mostly dealt with debunking concerns some people have with virtual reality and whether it causes motion sickness.

Over the past several months, DeMar has been biding his time doing some virtual deejaying and helping to spread the news about @VR on his social media platforms.

RELATED: Bifties makes it easy to shop Black-owned for someone else

“Right now, I’m doing everything I can to stay relevant and on people’s minds by continually posting on my Instagram, Facebook and Twitter (platforms),” he said.

Last month, DeMar reopened. Things are different with social distancing measures in effect, allowing for only a small amount of people in his shop at once. He is still excited about the opportunity to offer up a new entertainment experience for people looking to try their hand at something different. He said @VR has virtual reality games for every age range – from toddlers to senior citizens.