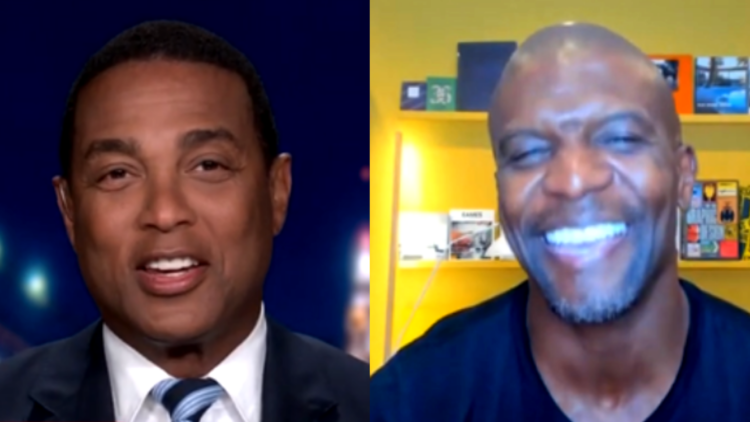 Crews, who has recently written numerous tweets related to the movement said that “Black people have to hold themselves accountable,” for the recent violence in Chicago and Atlanta that has left several young children dead from gunshot wounds.

“There are neighborhoods being held hostage by people, who are literally running [them] with violence and then [claiming] that Black lives matter.” Crews said, with no evidence.

Lemon then explained that the Black Lives Matter movement is specifically about police brutality and the criminal justice system. He explained that he previously lived in Chicago.

“There are a lot of groups there fighting gun violence in that city,” Lemon asserted. He then explained that the myth of “Black on Black crime” is due to proximity.

“86% of crimes against whites are committed by other whites,” Lemon said, “It’s because of proximity.”

Crews’ tweets have been widely criticized as detrimental to the BLM movement. He said that “Black people wanting to work with other races are being viewed as sellouts, they’re being called Uncle Toms.”

“I viewed it as a very dangerous self-righteousness that was developing that really viewed themselves better,” Crews said, “It was almost a supremacist move, where they viewed that their Black lives mattered more than mine.”

He said that the leadership of the Black Lives Matter movement is “extremist.”

“There are some very militant type forces in Black Lives Matter and what I was issuing was a warning.” He continued: “I’ve been a part of different groups and you see how extremes can really go far and go wild. When a warning is seen as detrimental to the movement, how can you ever have checks and balances?”

READ MORE: Terry Crews tweets that he is not a ‘human wrongs activist’

Crews most recently was a star of the NBC show, Brooklyn Nine-Nine where he plays a police lieutenant named Terry Jeffords. Crews has claimed that the show, which is on hiatus, has been halted due to the police killing of George Floyd on May 25 in Minneapolis. However, the producers have stated that they are also trying to address the filming during the coronavirus pandemic.

The actor has not swayed from his position, tweeting this morning that, “If I’m truly your equal, I can discuss my concerns with you- but if I’m not- all my concerns are perceived as threats.”