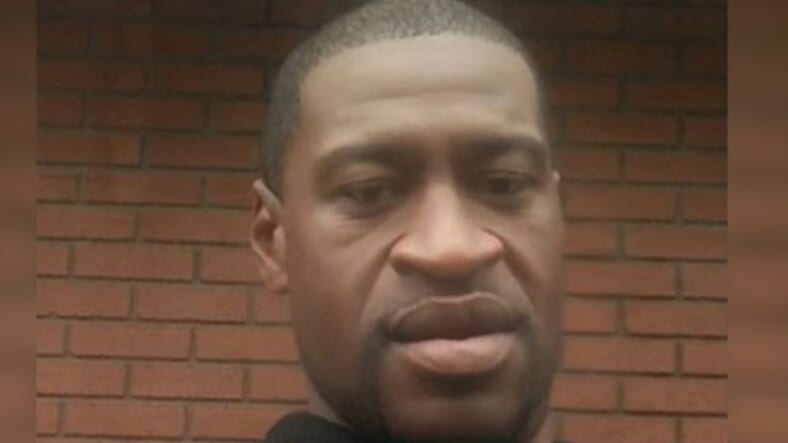 George Floyd repeatedly told officers that he couldn’t breathe more than 20 times and that he feared for his life according to transcripts released of the body cam footage that detailed his final moments while detained by police in Minneapolis.

The transcripts were taken from two body-worn cameras belonging to Thomas Lane and his codefendant, J. Alexander Kueng. The former police officers were charged in June for aiding and abetting Floyd’s death on Memorial Day.

Lane filed the transcripts on Tuesday in state court in Minneapolis as evidence in a bid to have the charges against him dismissed. The filing declared that he “did not intentionally aid, advise, hire, counsel, or conspire with [Derek] Chauvin or otherwise procure Chauvin to commit second-degree murder.”

“I’m sorry, I’m so sorry. God dang man. Man, I got shot. I got shot the same way, Mr. Officer, before,” Floyd said, telling Lane who approached him with his gun drawn.

Lane then proceeded to ask the woman who was in Floyd’s car why he was being “getting all squirrelly” and “just being all weird like that?” because he didn’t show his hands right away.

Footage from Kueng’s body cam revealed that the now former cop escorted Floyd to a car across the street to sit him down. Floyd thanked him, offered his identification and information.

It was at this moment that the encounter escalated when Kueng told Floyd, 46, he was being detained on suspicion of passing a fake bill. A struggle ensued with Kueng and Lane attempting to get Floyd into the back of the police car.

“Man, you going to die of a heart attack. Just get in the car,” an officer is heard saying.

Floyd was tackled to the ground and now former police officer Derek Chauvin placed a knee of Floyd’s neck for more than eight minutes. It was an action that was caught on bystander video and went viral.

Lane has maintained that he tried to help Floyd.

“Should we get his legs up?” Lane asked.

“No, he’s staying put where we got him,” Chauvin stated.

Floyd continued to plead for his next breath and life.

“I can’t breathe,” Floyd said. It was followed by another “Please sir, please” and a final “Please.”

Lane wanted to move Floyd on his side but Chauvin said, “That’s why we got the ambulance coming.”

“Okay, I suppose,” Lane responded but then added “I think he’s passing out.”

A angry bystander told the police detaining him that it seemed as though Floyd had become unresponsive.

Floyd’s death led to the firing of Chauvin, Keung, Lane, and Tou Thao. Chauvin was charged with second-degree murder, while the others were indicted on aiding and abetting Floyd’s death.